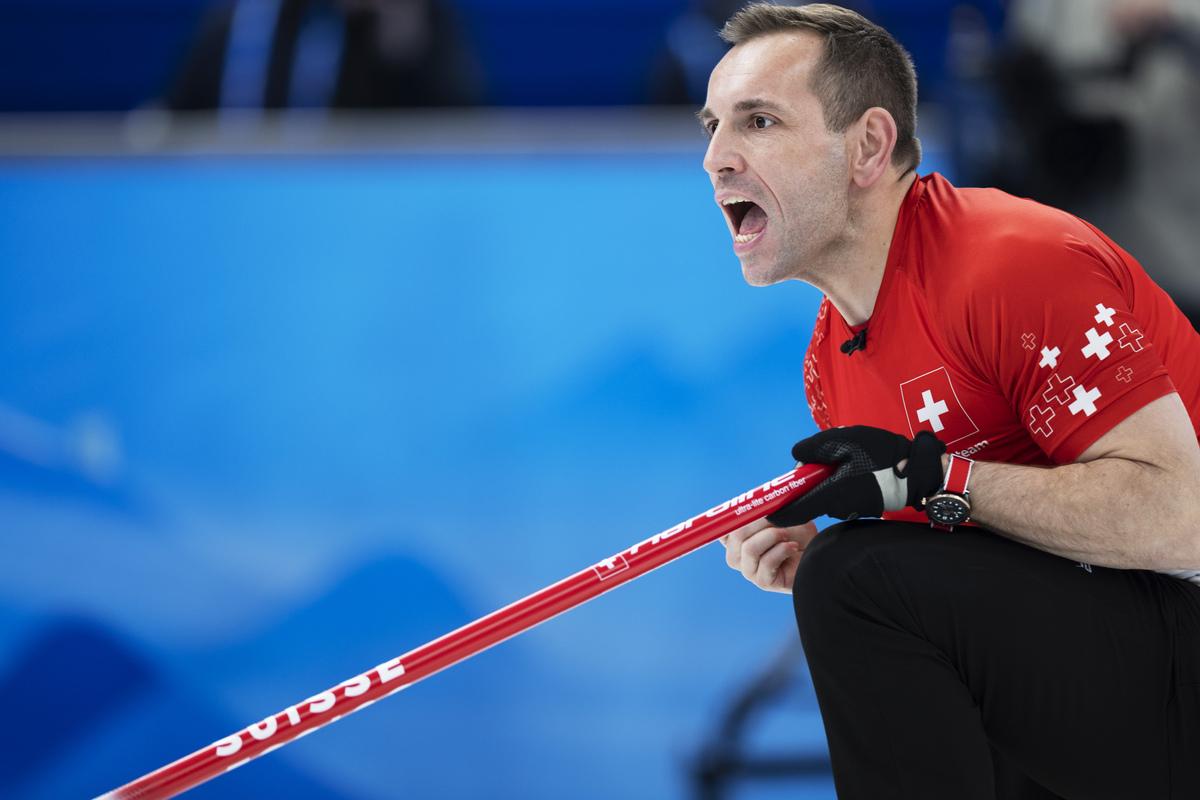 Great Britain’s skip Bruce Mouat made a hit-and-stay for two points in the fifth end to make the score 5-4 in favour of the Americans.

An aggressively played sixth end by Great Britain resulted in American skip John Shuster facing a challenging double tap-up to the button, but it didn’t curl enough and gave up a steal of two to go down 6-5.

Shuster responded with a gentle tap out for two points to take the lead back, 7-6 after seven ends.

In the eighth, Mouat had an opportunity to bite the button for two points, but slid too far getting just the single for a 7-7 tie game.

A well-played end by the Americans resulted in two points for a 9-7 lead heading into the tenth end, where the Britons tried to get something going.

Despite their best efforts, and a hogged stone early on in the end, they were unable to score two and United States won, 9-7.

The Swedes held a 3-1 lead after four ends of play, when Italy had a chance for two in the fifth but jammed on a back stone and got just the one to go down 3-2.

After a mismanaged draw by the Italians, they left Sweden’s Niklas Edin with a nose hit for three points to take a 6-2 lead after six ends.

In the eighth end, Italy tried their best to get some guards out front, but with strong defence by the Swedish front end, they left their skip with an open draw for three, when Italy conceded, 9-3.

After a back-and-forth battle, a big opportunity by the Danes was missed in the eighth end, when they had a hit to go up to five points.

The shot didn’t curl enough, resulting in just a single point for a 5-4 lead to the Chinese.

In the ninth end, Denmark came back with vengeance, putting the pressure on to try and steal.

Despite this, China made a perfect double take-out blank to carry the last-stone advantage and a single-point lead into the tenth end.

Denmark’s skip Mikkel Krause accidently threw his final draw through the house, leaving China with an open hit to pick up their first win, 5-4.

Chinese skip, Ma Xiuyue, said “At the last shot I was a little bit nervous, but finally, we won the game, so we are very excited. We performed well because after our last loss, we tried to find the reasons, so we adjusted our strategy. We tried to use some simple strategy to win the game.

“I feel very proud because these Games are held in China, my home country.”

In a fairly defensive game from both sides, Switzerland opened the scoring in the third end with three points.

The game was tied 3-3 until the eighth end, when the Swiss took another three to go up 6-3.

In the final end, Switzerland ran ROC out of stones and grabbed their first win of the Games, 6-3.

After their win Swiss skip, Peter de Cruz, said “It was a pretty defensive game because we were ahead on the scoreboard. I think if we were tied longer, we would have taken a bit more risk. We took a little bit of risk in eight, because we wanted to win the game then. That’s exactly what we did — we made a few perfect shots and put them under pressure.”