Great Britain in good form after win over ROC 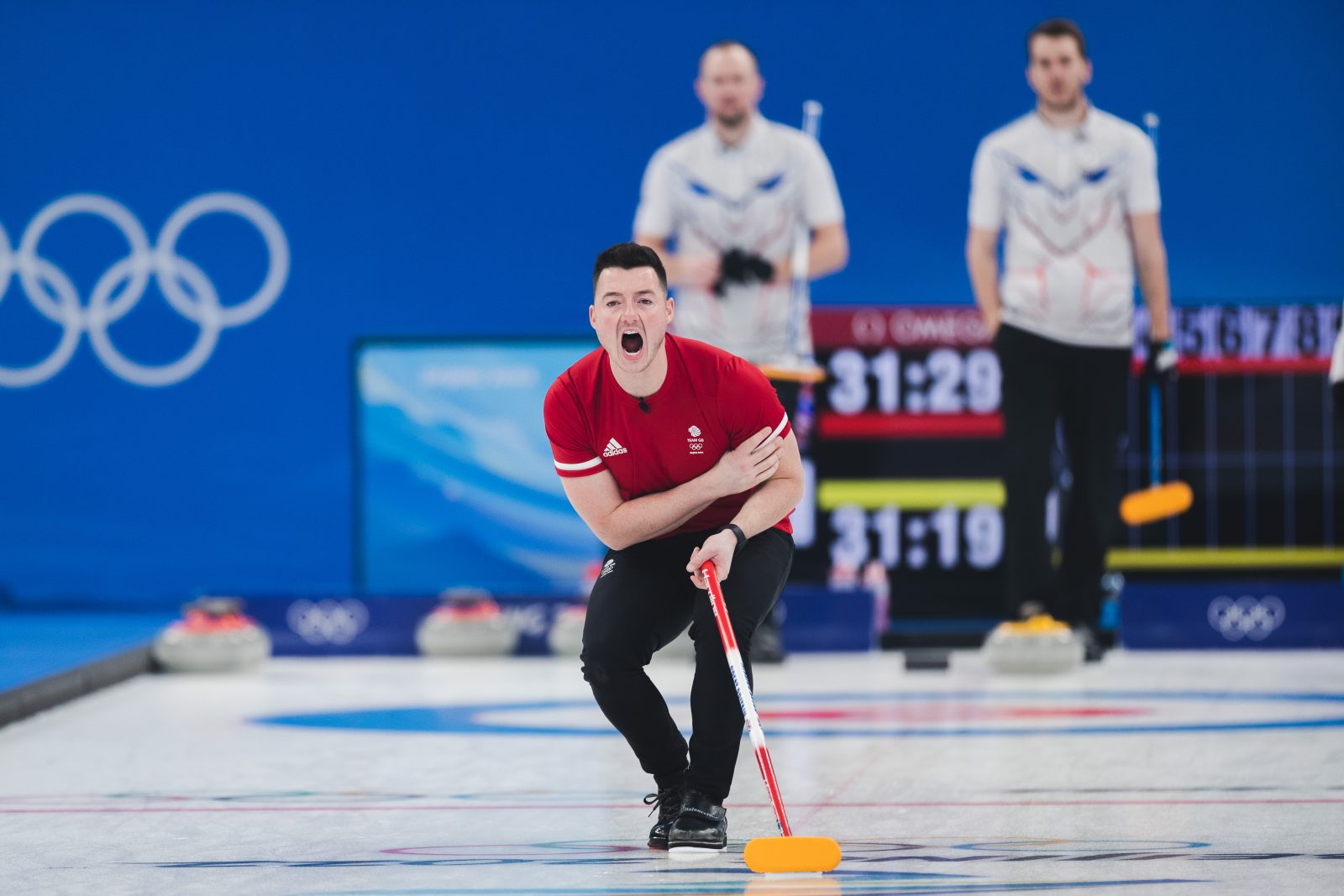 Great Britain continued their winning ways with an 8-6 win over ROC in Wednesday afternoon’s eleventh – and second-last – men’s round robin session.

In the same session, hosts China had a crowd-pleasing last-stone 6-5 win over Switzerland, while Italy beat Denmark by 10-3 in just seven ends.

With Sweden, who sat out this session, and Britain already assured of places in the semi-finals, these results meant that Canada, who also sat out the session, have joined them. The last semi-final place will be decided in Thursday’s last round robin games. Depending on results then, that place could go to either United States or Norway.

Against ROC, Great Britain started well, scoring three in the first end, and then taking a 5-2 lead into the break. ROC fought back in the second half of the game, scoring twos in both the seventh and ninth ends to reduce Britain’s lead to 7-6, but a hit for one in the tenth by Great Britain gave them the 8-6 victory and joint first place with Sweden, both on seven wins and one loss.

After this win, Great Britain skip Bruce Mouat said, “It’s very important to keep the momentum going, and the game (against Canada) tomorrow morning is going to be a good one as well.  So, we’re just going to have to perform as well as we have in the last two games. If we do, then we’ll be well set up. I don’t mind who we play in the semi-final…all of them are very impressive teams and we’ll just have to play well to win.”

China faced Switzerland in what was to be their final game of the event. After blanking the first end, Switzerland opened the scoring with two points. The teams swapped singles in the third and fourth ends, and then China drew level in the fifth end when they played a hit and stay, for 3-3.

Switzerland then could only score one more point in the ninth end when their fourth player Benoit Schwarz was forced into playing a draw. China’s skip Ma Xiuyue then gave his team their fourth win when he hit out a Swiss stone to score two points in the tenth end for a 6-5 final score.

When Italy and Denmark played each other, semi-final qualification was beyond either of them and after taking a 5-3 lead into the fifth-end break, Italy scored four in the sixth end on their way to a 10-3 victory, for their third win so far.