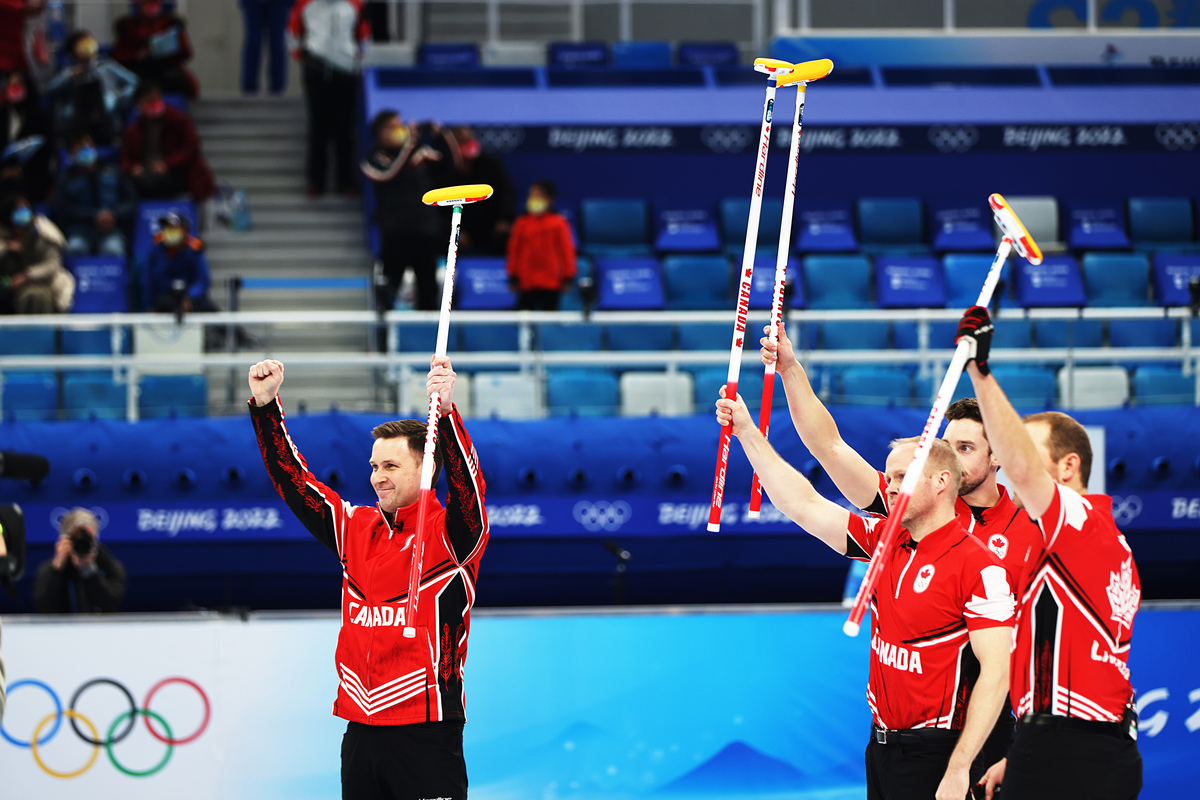 The Canadians started with last-stone advantage and used it to score two points in the first end with a hit-and-stay by skip Brad Gushue.

In the second end, United States could only score one when their skip John Shuster had to draw inside two Canadian stones.

Canada then moved onto a 3-1 lead when Gushue played a hit-and-stay for one point in the third end.

United States levelled the score at 3-3 in the fourth, when, after splitting the house early in the end, Shuster had a draw for two points.

Canada seemed intent on blanking the fifth, but Gushue’s stone stayed around after his hit, to score one and take a 4-3 lead into the break.

The Americans took the lead at 5-4 in the sixth end, with another draw for two by Shuster.

In the seventh, Canada’s Gushue seemed to pick up some debris with his first stone, but a precise double take-out and roll with his second succeeded in blanking the end.

Canada then had a chance to score three in the eighth end but had to settle for two when Gushue’s final draw was heavy and wide, to move onto a 6-5 lead.

Shuster was facing two Canadian counting stones when he came to play his last stone of the ninth, but his hit was not strong enough to remove either of them, and Canada took a steal of two for an 8-5 lead.

After this, Canada ran United States out of stones in the tenth, to finish off their bronze medal victory.

After the game Canada skip Brad Gushue said, “It’s been a great experience and we’re very proud to come out with a bronze medal and put a good game together today against John. We weren’t at our best this week, and we couldn’t get there. Today we got a break from John in the ninth with a steal of two that put the game out of reach for him. This whole experience means a lot.”

Speaking after his team’s victory, and on his birthday, Canada’s second player Brett Gallant said, “This is a special way to end the week. Last night was a disappointment obviously, but for us to regroup and end the week on a positive note with a win and to come away with a bronze medal is pretty cool. And it’s even cooler to do it my birthday. I’m just happy to get that bronze with these guys. We had to be patient today and support one another. It was a good team effort. It was tough to be 100% there mentally after last night.”

Meanwhile, after his team’s defeat, a reflective United States skip John Shuster said, “It makes it easier for me that we played well in that game. Before these Olympics I said if we came here, fought hard, played well, and did everything we could, then the result would not make or break our team. I think we accomplished all those goals. It’s a bummer not to be on the podium, but it makes it a little easier.”

The men’s competition concludes with the Gold Medal Game between Sweden and Great Britain on Saturday afternoon.