Then and Now: Switzerland’s Martin Rios goes for gold after a lost final in 2018 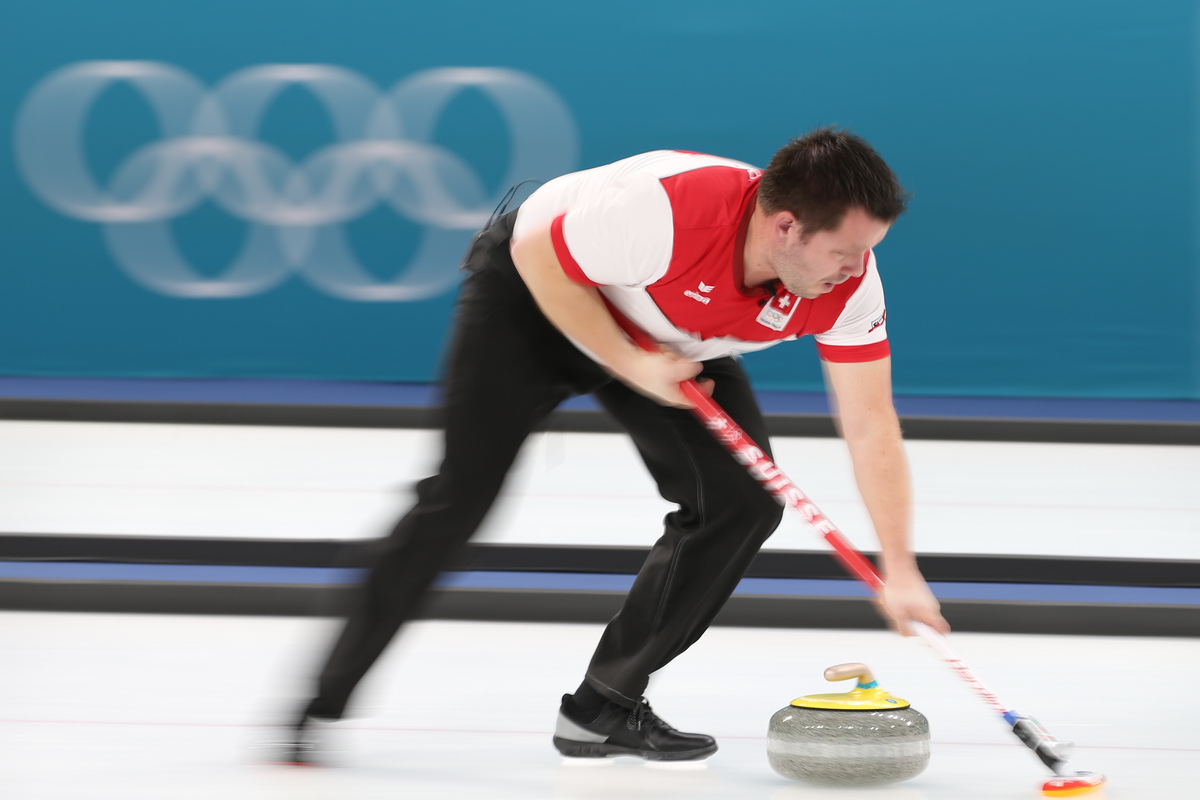 Home / News / Then and Now: Switzerland’s Martin Rios goes for gold after a lost final in 2018

Having secured silver in Mixed Doubles’ Olympic debut in 2018, Switzerland’s Martin Rios says he and his partner Jenny Perret will be going all out for gold in Beijing.

While Rios was pleased with a silver medal, he will be using that defeat in the final as motivation this time around.

Rios said: “In Beijing, we’ll try to play good curling and give all our opponents a hard time on the ice.

“Of course, we hope for a medal, and we’d like to chase our dream of the gold.

“We’ll leave everything we have out there.”

He added: “I think we should be ready to perform at our best.

“We played a couple of events this fall, but due to COVID we tried to avoid travelling too much, so, unfortunately, there was no event in Canada for us this time.”

Rios and Perret, who also won World Mixed Doubles Championship in 2017, are now an experienced pairing, which puts them in good stead for Beijing.

“Of course, we think that it helps when you know each other so well,” said Rios.

“Sometimes it can become very challenging, but when you figure out how to handle it, it’s definitely an advantage.”

While it was an eight-team tournament in PyeongChang, there will now be ten pairs competing in Beijing.

He said: “I learned to never underestimate an opponent, so there will be nine really, really strong opponents and we are aware of that!

“If I’d had to pick some favourites, I’d pick last year’s World Mixed Doubles Curling Championship podium, so Scotland [representing Great Britain at the Games], Sweden and my favourites, Norway.”

For Rios, the expanded field will not require a new approach, but simply more focus.

He said: “This means there will be two more really good teams battling for the medals.

“Actually, I don’t think this will change our strategy for the event.

“It will be a really hard week, with a lot of great opponents and we’re going to try to get a spot in the semis.”

Rios and Perret will certainly need to repeat the form they showed in PyeongChang if they are to progress in Beijing.

Asked if he could re-live any stone thrown in the 2018 Games, Rios was clear which one he would choose.

He said: “Jenny’s last shot during the round-robin game against the Olympic Athletes from Russia was a memorable one for me.

“We fought back from a 7-2 deficit to win the game after eight ends and could avoid the tie-breaker.

“And of course, when the Russians missed their last in the semis, making it to the final was a great feeling! But let’s stick to the positive, so Jenny’s last one!”

As well their success on the rink, Rios has many other fond memories of the 2018 Games.

He said: “We had a great time in PyeongChang. We could live one of our childhood dreams and represent Switzerland at the Olympics.

“I remember a great team spirit in the Swiss team between all team members, no matter what sport you were doing.

“This was a great feeling. I remember meeting a lot of people from different countries with different religions, origins, jobs, backgrounds, etc., which was just amazing and enriching for me.

“I really enjoyed that part of the Games. Also, the feedback from the spectators back home about Mixed Doubles was really positive, so a lot of the people who don’t curl even liked it better than the traditional curling.

“Last but not least, I remember us winning a silver medal and of course losing that final.

“I try to use that as a motivation.”

Despite now being an Olympic event, Rios admits Mixed Doubles has not grown as much as he had hoped in the last four years.

“A lot of events were cancelled during the last two years, which didn’t really help the growth.”

As well as affecting the sport’s development, the COVID-19 pandemic has made travelling and competing more difficult for Rios and Perret.

He said: “We cancelled our last event before the Olympics in Scotland due to travel restrictions changing almost every day and tried not to travel too much during the whole season.

Finally, as the build-up to Beijing gathers pace, what would Rios tell his 2018 self ahead of his first Olympic experience?

He replied: “If you really make it to the final, win it.

“And after that, stay there and enjoy the Olympic spirit as long as you can.”