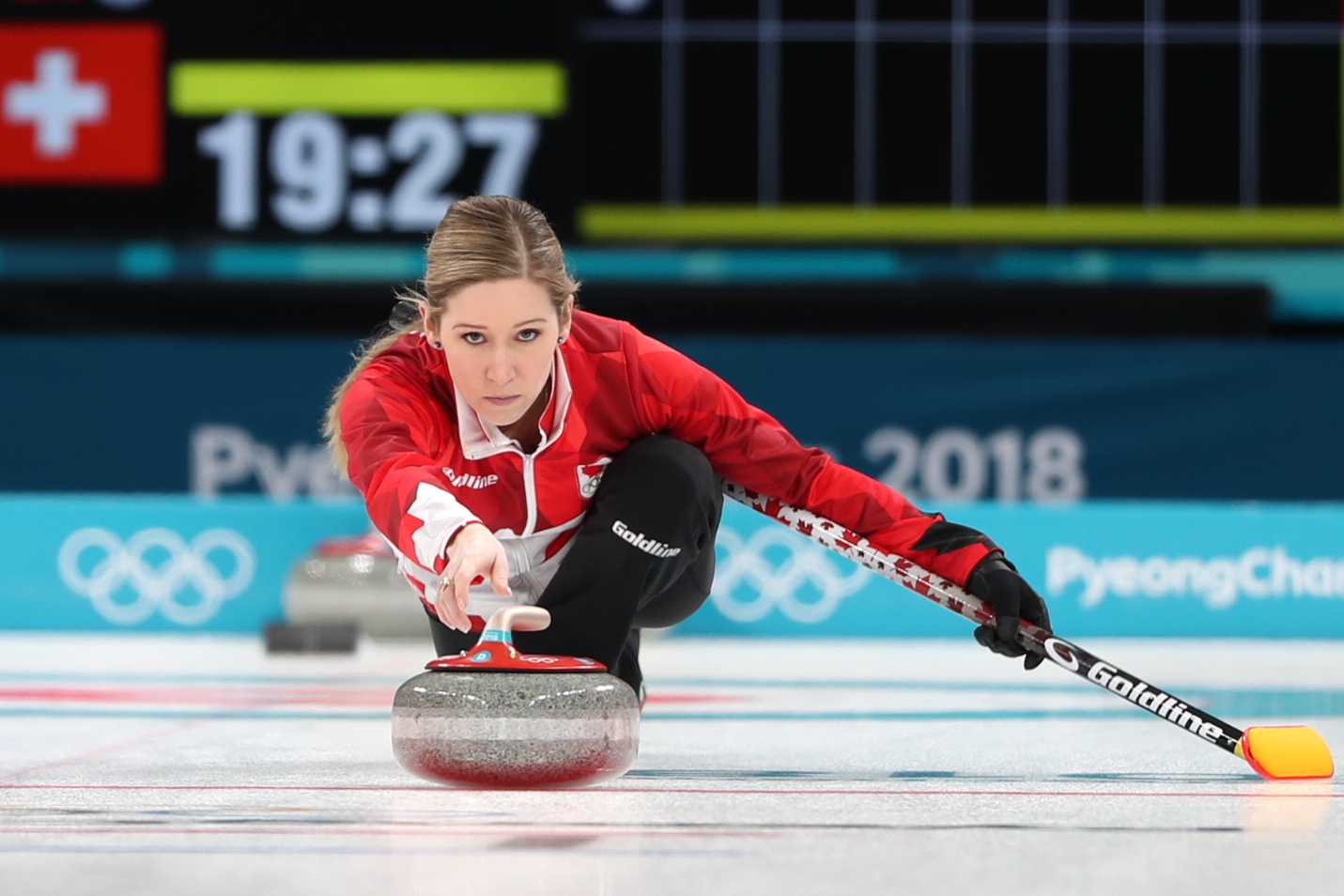 Canadian Kaitlyn Lawes is one of a select few curlers who have tasted success in multiple Olympic Games – alongside fellow Canadian John Morris and the dominant Team Sweden led by Anette Norberg.

The 33-year-old Lawes became an Olympic champion at the 2014 Games in Sochi as part of the Jennifer Jones-skipped women’s team. Four years later she partnered John Morris in the inaugural Mixed Doubles competition, earning gold for a second time.

“It is nice to be able to lean on our previous big game experience,” explained Lawes when discussing the prospects of an unprecedented third successive gold medal ahead of Beijing 2022.

“I personally don’t feel any pressure ahead of my third Games, every experience is different.”

Lawes – as part of Jennifer Jones’ rink – helped secure qualification for the Sochi Games with a 6-1 round-robin record during the Canadian Olympic trials in 2013, before an 8-4 final victory over Sherry Middaugh.

In Sochi, the Canadian quartet defeated all-comers in the round robin – winning of nine, earning a semi-final spot against Great Britain in the process.

“We just had the mentality of wanting to take it game by game, and enjoy each and every moment we were out on the ice. We weren’t thinking about the results,” said Lawes when discussing the 2014 victory.

“We were just focused on the task at hand and wanted to embrace every moment we had together at the Olympics.”

After victory over Eve Muirhead, the final saw Canada take on Sweden – a country who had dominated the previous two Olympics – and the game was evenly poised at 3-3 heading into the eighth end.

A score of one in the eighth gave Canada the slenderest of leads, with Sweden owning the hammer for the ninth end.

A missed shot by Maria Prytz gave Canada a steal of two in that end, ultimately securing victory.

“It was a nerve-wracking game to play in, but also a lot of fun. We felt so honoured to be playing in that gold medal game.

“I struggled in the first half of the game, but it was a full team effort to keep things close, and a dream finish being up three coming home in the tenth end.”

The one, miniscule regret Lawes has about her first Olympics was that she didn’t document the day-to-day experiences of Olympic life.

“The only thing I would tell my younger self is to write in a journal each day. Even just a few lines, just so I can look back on how I was feeling and remember the experience with even more detail.”

Lawes’ story continued in 2018, but perhaps not in the fashion she had imagened. Team Jones reached the knockout stage of the Olympic trials with a 5-3 record, but suffered a 6-3 defeat to Rachel Homan in the semi-final.

Due to her rink’s victory in the Trials final, Homan was unable to partner John Morris for the Canadian Mixed Doubles trials in January 2018 since Curling Canada does not allow an individual to take part in both the team and mixed doubles events at the same Olympics. Morris called on Lawes.

“I was very fortunate that John was looking for a partner for the Mixed Doubles,” she said. “We had curled together before in the Continental Cup and knew it would be a great opportunity for us to try to get back to the Olympics.”

Morris, like Lawes, had experienced Olympic gold as the third in Kevin Martin’s 2010 winning rink – and the pair battled through the Canadian trials.

After a defeat to Val Sweeting and Brad Gushue in the opening round of the page play-off system, the pair earned their final spot with a 7-3 win over current teammate Jocelyn Peterman and Brett Gallant.

That win earned them a second chance at Sweeting and Gushue, and they delivered an 8-6 victory to secure their Olympic berth.

“We were confident in our individual skill set that if we could figure out how to work together on the ice then we would have just a good of a chance as anyone.

“We had to play 13 games to qualify for the Olympics. We got off to a slow start, but as the week went on, we got more comfortable with the style of play, and played our best curling come play-off time.”

In PyeongChang, Canada suffered a 9-6 defeat at the hands of Norway in their opening draw before reeling off six consecutive victories to top the round robin – earning a semi-final rematch against the Norwegians.

“We were just thrilled to be playing in the semi-finals,” explained Lawes, “It didn’t matter who we were playing.” A fifth-end steal of two proved crucial in an 8-4 victory.

In the final, the Canadians faced 2017 world champions Jenny Perret and Martin Rios from Switzerland. Canada took a 6-2 lead early, but Lawes was wary of celebrating too soon.

“In Mixed Doubles, no lead is ever safe, so it wasn’t ‘comfortable’ until the handshakes after the end of the game, then it was pure joy and elation.”

The final score, 10-3 to Canada, and a second successive gold medal for the duo.

Despite the success, Lawes insists she is not motivated by Olympic glory, and can’t wait to share the Beijing experience with teammate Jocelyn Peterman – who heads to the Olympics for the first time.

“The medals aren’t what motivate me. Yes, it would be incredible to bring home another gold for Canada, but for me it’s all about the experiences, enjoying the opportunity and moments with my teammates.”

Team Jones are one of the first rinks to employ a five-person unit on the ice. Lisa Weagle will join Jones, Lawes, Peterman and lead Dawn McEwen in China – and Lawes is certain fans will enjoy the dynamics of their quintet.

“We are so lucky to have Lisa Weagle on our team. We love having a five-person team. Everyone will just have to tune in to see what that is going to look like at the Olympics.”