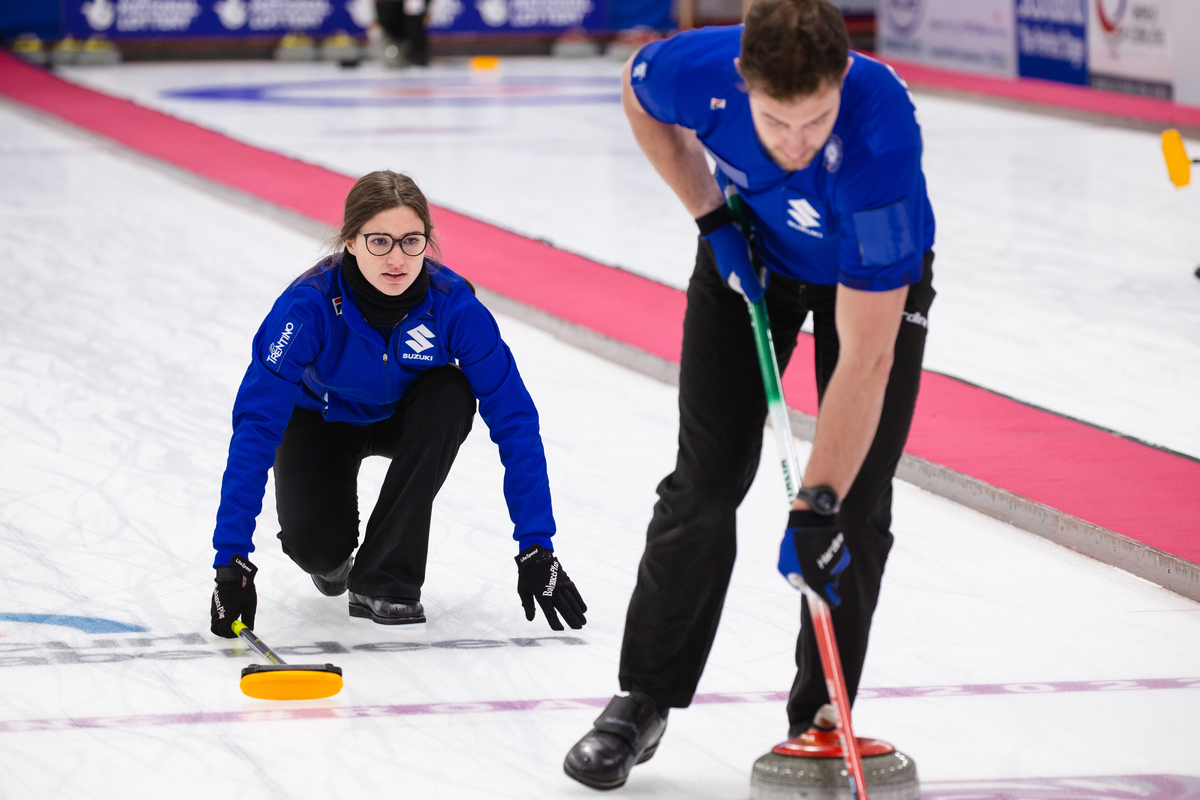 Players from eight of the ten Mixed Doubles curling teams will be the first athletes of any sport into action at the Beijing 2022 Olympic Winter Games. The first session of round-robin play gets underway on the evening of Wednesday 2 February, a full 48 hours before the Opening Ceremony.

The curling competition will be held in the newly-renamed Ice Cube, which, as the Water Cube, was the venue for the swimming and diving competitions at the 2008 Summer Olympic Games.

13 sessions of round-robin play will take place from Wednesday 2 February to Monday 7 February.

Ranking will then be established for places one to ten. The top four teams will compete in the semi-finals (1v4 and 2v3) in the evening of Monday 7 February.

Out of the six medallists of the Olympic Games four years ago, five will compete once again in Beijing. Defending champions, Canada, will have John Morris on their team looking to defend his gold medal.

Australia: Tahli Gill and Dean Hewitt became the first Australian curlers to qualify for the Olympic Games after an undefeated campaign at the Olympic Qualification Event in Leeuwarden, the Netherlands in December 2021. They finished fourth in the 2019 World Championship.

Morris also won gold in men’s team curling in Vancouver in 2010. Homan is a former world champion skip in women’s team competition. Lately, Morris has coached the Australian Mixed Doubles team on their road to qualify for Beijing.

China: The host nation is represented by Fan Suyuan and Ling Zhi. The duo is a newly formed team for the Olympics with no international experience in playing together. Ling took bronze at the World Mixed Doubles Qualification Event in 2019.

Czech Republic: Zuzana Paulova and Tomas Paul – husband and wife – became the first Czech curlers to qualify for the Olympic Games when they finished seventh – the last direct qualification place – in the 2021 World Championship.

They have been playing Mixed Doubles together for almost a decade and earned a world championship bronze medal in 2013.

Great Britain: Jennifer Dodds and Bruce Mouat are the reigning world champions. They took gold at the 2021 World Championship, representing their native Scotland.

Mouat is a two-time European champion and world silver and bronze medallist skip in the men’s competition, while Dodds is a European gold and silver medallist in women’s curling. They both will go on to play in their respective team competition in Beijing.

Italy: Stefania Constantini and Amos Mosaner ranked fifth in the 2021 World Championship. They are both former Youth Olympians and also European bronze medallists in the team competition.  Mosaner will go on to compete in the men’s team event in Beijing.

Norway: Married couple Kristin Skaslien and Magnus Nedregotten are one of the most experienced Mixed Doubles teams in the Olympic field. They took the bronze medals at the World Championship in 2015.

They went on to take bronze at the PyeongChang 2018 Olympic Winter Games and silver at the 2021 World Championship. Nedregotten is the fifth player of the Norwegian men’s team in Beijing.

Both are former world junior champions. Eriksson will take part also in the men’s competition in Beijing.

Switzerland: Jenny Perret and Martin Rios were silver medallists at the PyeongChang 2018 Olympic Winter Games, and shared fifth place with Italy in the 2021 World Championship.

United States: Vicky Persinger and Chris Plys were undefeated at the Olympic Qualification Event in Leeuwarden, the Netherlands, in December 2021 to take one of two available qualification places. Plys is a former world junior and world university champion and will go on to play in the men’s team event in Beijing.