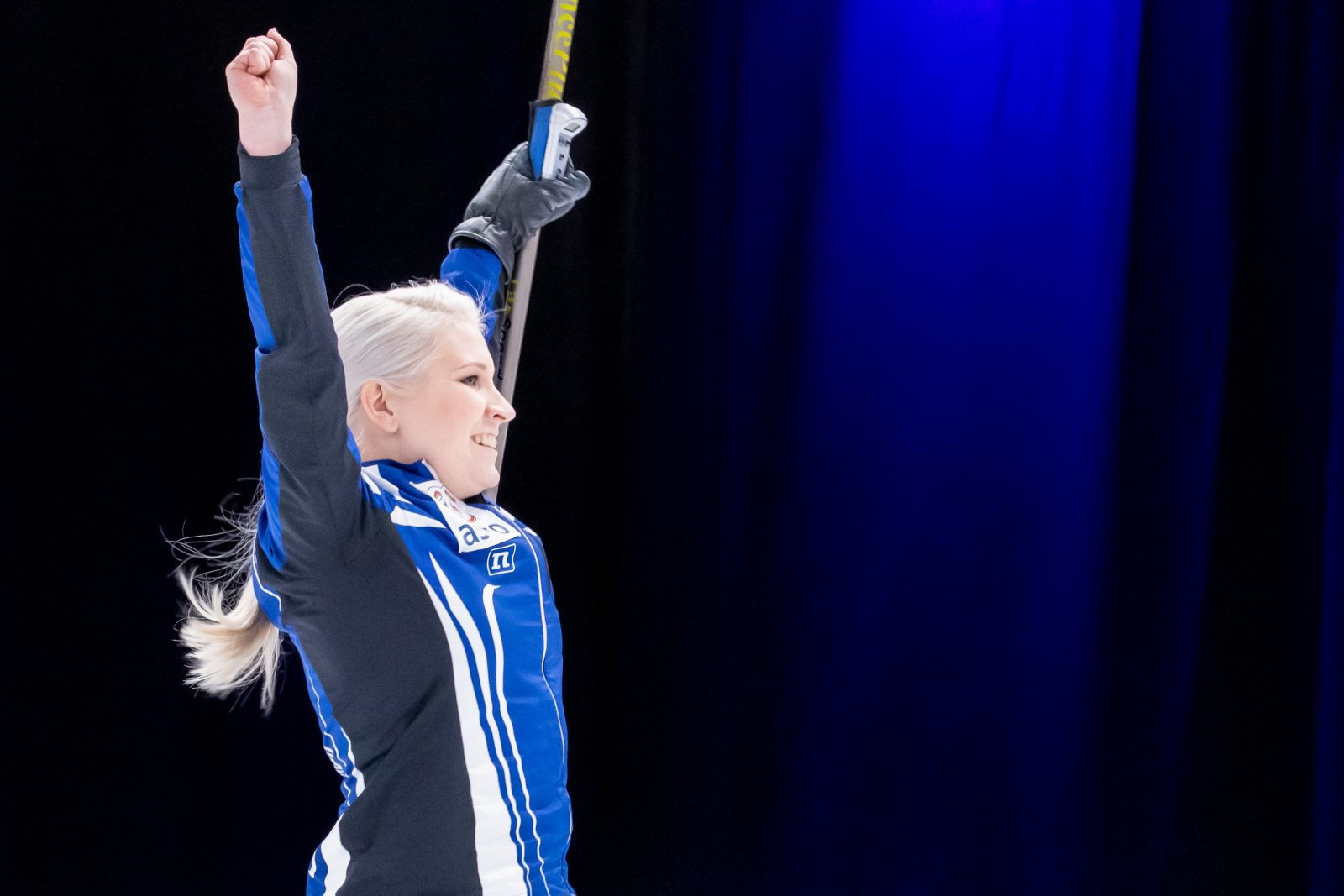 United States completed their round robin undefeated with a 9-3 win in the 13th session of Mixed Doubles OQE2021, to top the rankings in Group B and go straight to Thursday evening’s final.

Elsewhere in this session, Finland had a last-stone 9-8 win over Japan to qualify from the group in third place while Estonia beat New Zealand by 10-3.

United States opened their game against Korea by giving up a single steal and in the second end, they scored two points for a 2-1 lead. United States moved further ahead in the third end with a single steal and in the fourth, Korea’s Kim Minji just brushed a guard on the way into the house to give the Americans another steal of two as they took a 5-1 lead into the break.

In the fifth end, Kim drew her last stone to score two and reduce United States’ lead to 5-3. The Americans then used their power play in the sixth end and when Persinger succeeded with a hit-and-stay for four points, the Koreans conceded with a final score of 9-3.

United States now take the direct route to the final in the play-offs while Korea, second in Group B now face whichever team finishes third in Group A.

After this sixth victory, Persinger spoke about her winning shot, saying, “I knew that one would seal the deal. I was just trying not to overthrow it and give something sweep-able.” Looking forward to the play-offs she added, “It doesn’t matter who we play tomorrow. We just need to keep playing well, just like in the past two games, that’s all we can ask for.”

Thinking about now being one game away from playing in the Olympic Mixed Doubles event, Persinger’s partner Chris Plys said, “We’re very excited. I’m fortunate enough to have an Olympic slot already with my men’s team, so it would mean a lot to punch Vicky’s ticket.”

The winners of the Finland and Japan game would finish third in the group and go forward to the play-offs, while the losers would be eliminated. The Finns had the worst possible start to find themselves down by 0-5 after two ends. They got onto the scoreboard with a score of two in the third end, but Japan restored their lead, at 7-2 at the break, with a score of two in the fourth end, when Matsumura Chiaki played a hit.

In the fifth end, Finland’s Oona Kauste played a tap-out of a Japan stone to score three points and reduce Japan’s lead to 7-5. Japan then gave up a steal of three in the sixth end and Finland found themselves ahead for the first time in the game, at 8-7. Japan levelled at 8-8 with a single point in the seventh, and then Oona Kauste played a draw into the four-foot ring to score one point in the eighth to win by 9-8 and keep her team’s campaign alive.

The Finnish brother and sister were elated after this win, and Aku Kauste explained, “We’re relieved… the start was so horrible. It was a horrible start, but we tried to fight and fight, and hope something would happen, and it did. If you’re going to be down five, let it be early.”

Speaking about her winning shot, Oona Kauste said, “I have been concentrating all day to do this last draw for the win. Of course, I was shaking a little bit, but I’ve been doing the same many times. I just thought… I can make the shot, and Aku can sweep it to be perfect. It was a team shot.”

In the third game of this session, Estonia completed their programme with a 10-3 win over New Zealand. This was a second win for Estonia while New Zealand, who had their preparations severely restricted by national Covid regulations, ended up without a win.