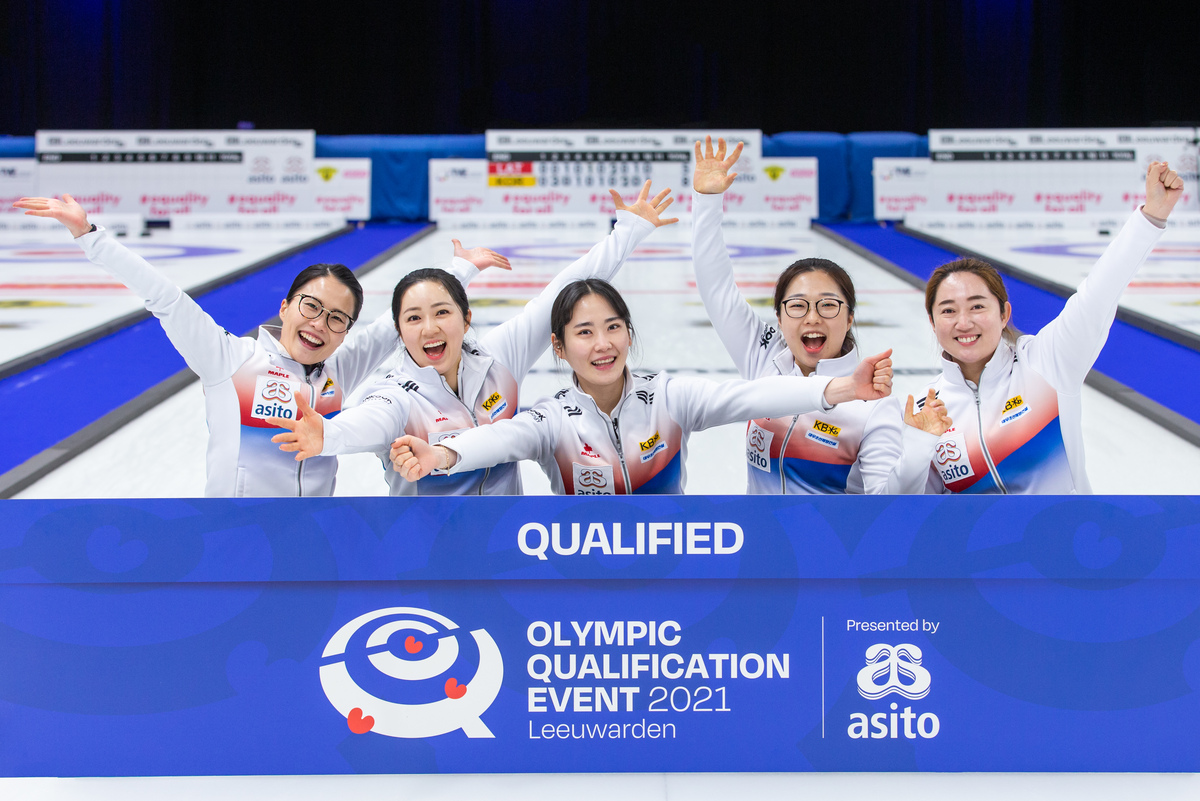 Korea beat Latvia by 8-5 in Saturday morning second women’s Qualification Final at the Olympic Qualification Event, to claim the last of the three available places in the line-up of the Olympic Winter Games Beijing 2022.

After a blank opening end, Korea scored three points in the second end when their skip Kim Eun-Jung played a hit on a Latvian stone.

Latvia got on the scoreboard with one point in the third end. Then, in the fourth, Kim produced another hit-and-stay, to score one more point and extend Korea’s lead to 4-1.

In the fifth end, Latvia’s fourth player Evelina Barone played a nose-hit on a Korean stone to score one point and reduce Korea’s lead to 4-2 at the break.

In the seventh end, with Korea now leading by 5-2, Barone played a hit and although her stone rolled further than planned, it just managed to stay in the house to give Latvia two points and reduce Korea’s lead to just one point, at 5-4.

Korea responded in the eighth end, when Kim played a gentle draw onto another of her stones already in the house, to score two and extend her team’s lead to 7-4.

In the ninth end, Latvia’s Barone was facing four counting Korean stones when she came to play her own last stone. She produced a hit-and-stay inside all the Korean stones to score one point and reduce Korea’s lead again, to 7-5.

In the tenth end, Barone had a miss to give Korea a score of one point and an 8-5 win, without Korea having to play their last stone.

This result means that Korea now join round-robin leaders Scotland (who will compete as Great Britain) and second-placed Japan in the Olympic line-up.

After this win, Korean skip Kim Eun-Jung said, “We got three points in the second end and that made us feel comfortable, but Latvia is a good team. We got a little nervous later, but it worked out ok.”

Looking ahead to Beijing, she added, “At the last Olympics we didn’t expect to get a silver medal, but we did. It’s the same thing this time, we won’t think about medals, we will just focus on our team.”