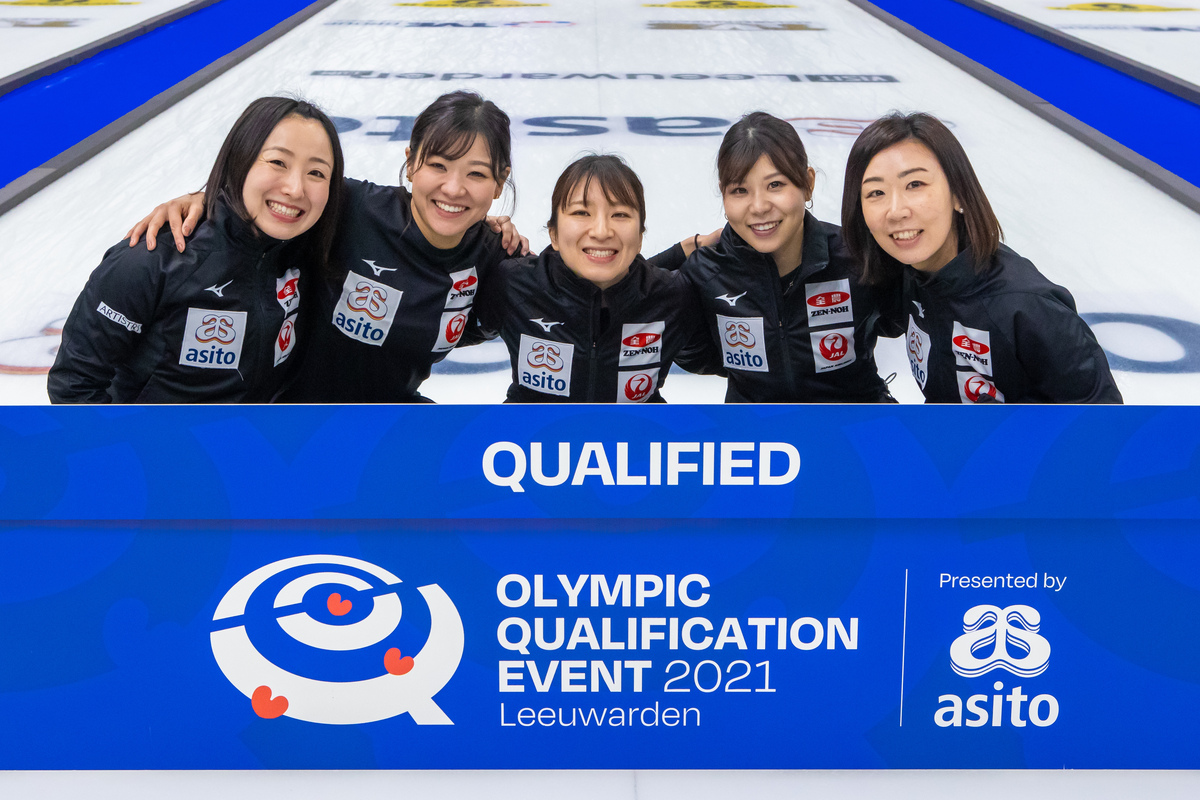 Japan beat Korea by 8-5 in Friday morning’s first play-off game of the Olympic Qualification Event, to book their place in the line-up of the 2022 Olympic Winter Games women’s competition in February.

This means they will join already-qualified round-robin winners Scotland (who will compete as Great Britain) in Beijing while Korea have a second chance to join them, in the second play-off game against fourth-placed Latvia.

In the third end, Japan skip Fujisawa Satsuki played a draw, tapping out a Korea stone, to score two points and take a 3-1 lead.

In the fourth end, it was Kim’s turn to draw for two points, to level the score again at 3-3.

In the fifth end, Japan’s Fujisawa played a double take-out for a further two points, to take a 5-3 lead into the break.

After blanking the sixth end, Korea’s Kim was facing four Japan stones when she came to play her final shot in the seventh end. However, her draw came up short and Korea gave up a steal of two, as Japan built their lead to 7-3.

Another short draw in the eighth end by Kim gave Japan another steal – this time for a score of one and an 8-3 lead.

In the ninth end, Kim had a chance to score five, but her angle raise attempt went wrong and she had to settle for two points, to reduce Japan’s lead to 8-5.

In the tenth end, Korea ran out of stones. It meant that Japan, who are the current Olympic bronze medallists, claimed their win and their place in the Beijing line-up.

After the game, a delighted Fujisawa said,” I’m really, really happy to win this game. I was a little nervous about playing Korea in this game, but I stayed strong and that’s why I’m so happy to play well in this game. The situation in the ninth end was very tough but we kept our communication at its best and that’s why we’re so happy.”