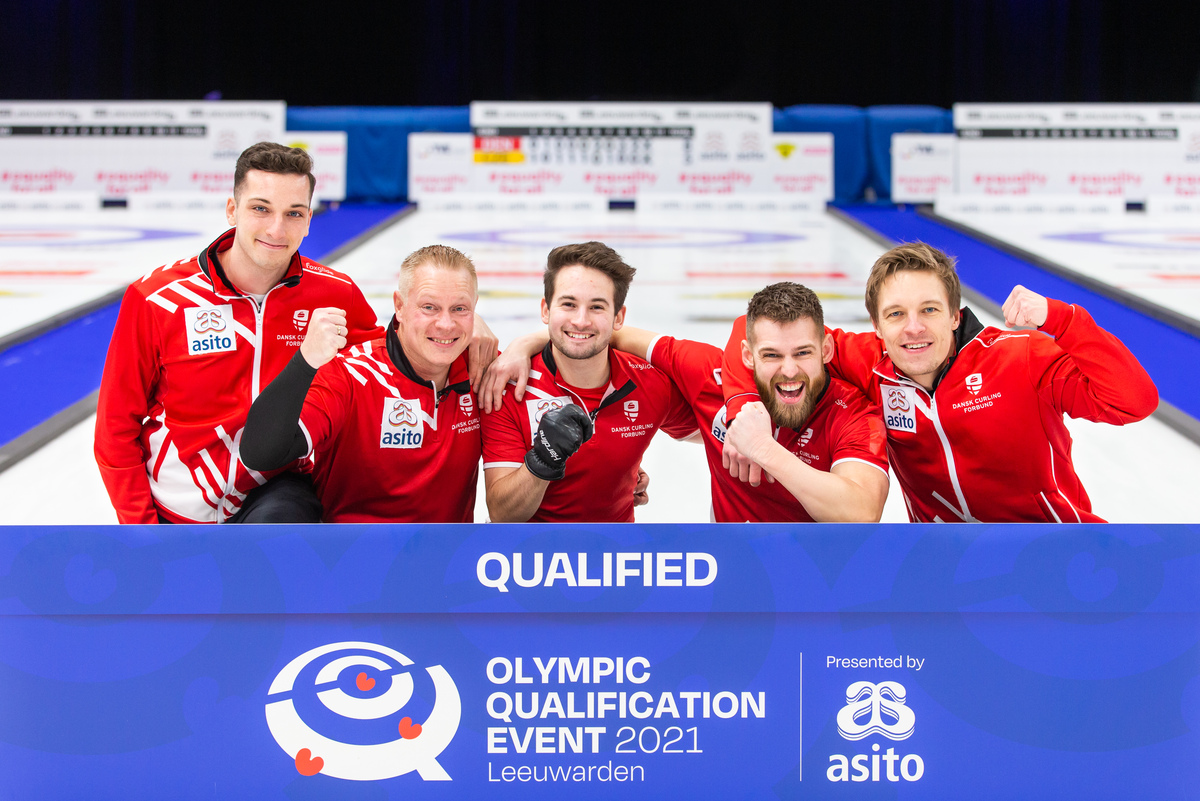 Denmark beat Czech Republic by 8-5 in Saturday afternoon’s second men’s Qualification Final at the Olympic Qualification Event, to claim the last of the three available places in the line-up of the Olympic Winter Games Beijing 2022.

The Czechs opened with last-stone advantage and used it to score one point in the first end.

In the second end, Denmark skip Mikkel Krause played a hit to score one point and level the game at 1-1.

The Czechs moved on to a 2-1 lead in the third end, then, in the fourth, Denmark’s Krause had a chance to play a nose-hit to score two. However, his shooter rolled, and he gave up a steal of one.

It meant that Czech Republic had a 3-1 lead after four ends of play.

In the fifth end another mistake by Krause – a wreck on a front guard – gave yet another single-point steal to the Czechs and they went into the break with a 4-1 lead.

The Danes got back into the game in the sixth end when Krause drew his last stone in, to score two points and reduce the Czech lead to 4-3.

The Czechs added one point in the seventh end and then, in the eighth, good build-up play by the Danish team allowed Krause to draw for three points. He did that and Denmark took the lead for the first time, at 6-5.

In the ninth end, Czech skip Lukas Klima attempted a double take-out but had a complete miss, leaving two Danish stones to count, for an 8-5 lead to Denmark.

In the tenth, Krause knocked out a Czech stone to run Czech Republic out of stones, making the end result 8-5 in Denmark’s favour.

After the game, an emotional Mikkel Krause  explained his team’s calm approach, saying, “We want to make sure we play all the way through the game, and keep on playing to get the best result possible.”

Looking forward, he added, “Olympic qualification means everything. I’ve been working for this for the past twenty-five years. Basically, it’s been a goal of mine to get to the Olympics and to actually get there is just fantastic. This is a very big deal in Danish sport, because the Winter Olympics is not very big in Denmark. We don’t have a lot of sports involved. It’ll be crazy and it’s really important for curling in Denmark because that’s the only time ever where there is focus on us.”