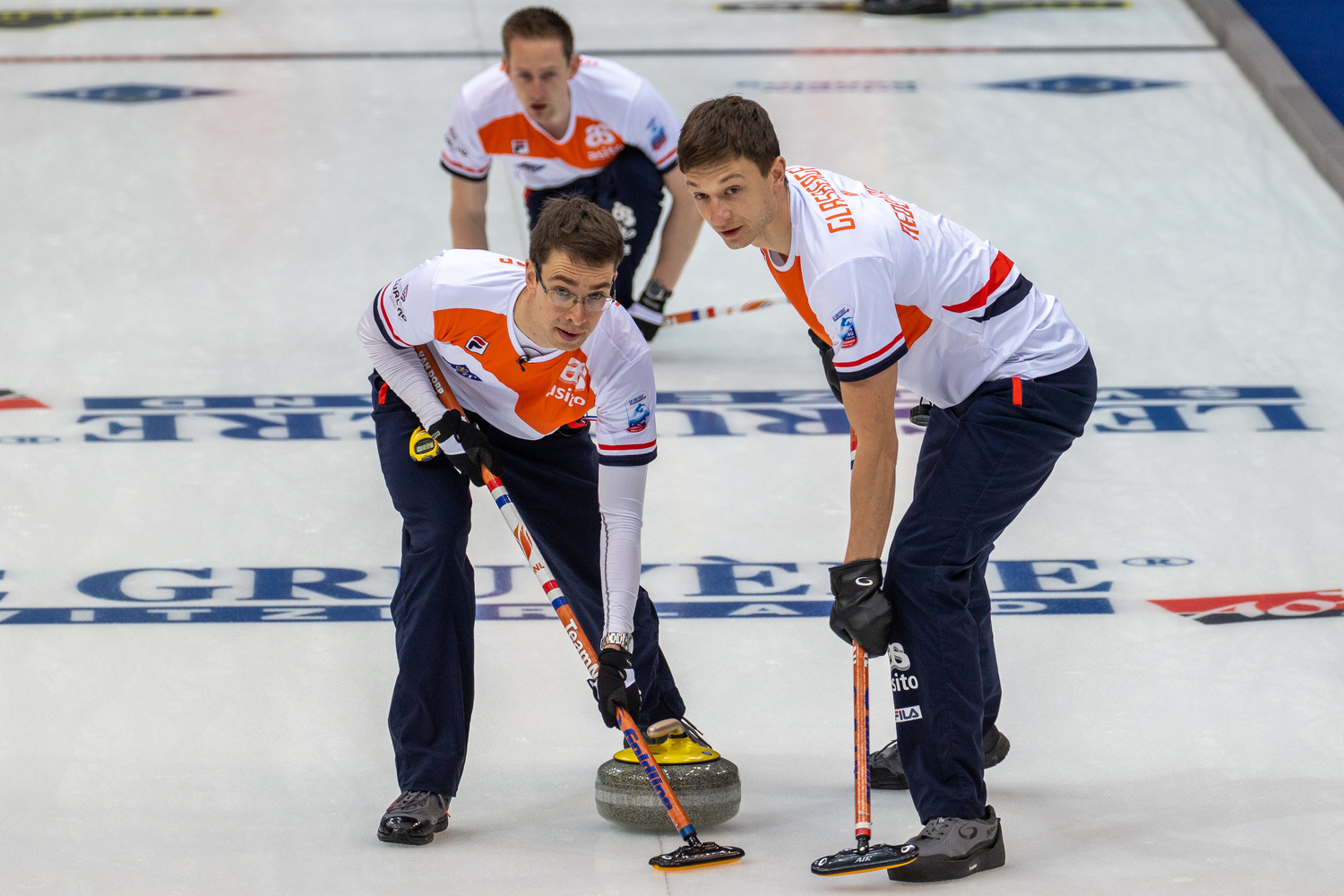 Home / News / Final Olympic places up for grabs in the Netherlands

Curling’s international and Olympic focus will turn to Leeuwarden in the north of the Netherlands when the town’s Elfstedenhal hosts the Olympic Qualification Event from 5–18 December 2021.

At this event the final teams that will complete the fields in the three curling disciplines of the Beijing 2022 Olympic Winter Games — mixed doubles, women’s and men’s team events — will be determined.

This is the third edition of this event — although a first for mixed doubles — and the first time the Netherlands will host an international curling competition. Previous editions of this event took place in Fussen, Germany in 2013 and Pilsen, Czech Republic in 2017.

14 mixed doubles teams will compete for the two final places in the Olympic Winter Games line-up. 11 of these earned a place from their ranking at the World Mixed Doubles Curling Championship in 2021, while the remaining places feature the top three teams that qualified from the Pre-Olympic Qualification Event 2021 that took place in Erzurum, Turkey, in October.

The 14 teams are divided into two Groups.

Of these, Denmark, Latvia and Turkey qualified from the Pre-Olympic Qualification Event.

The two groups will each play a single round robin. At the end of the round robins there will be a ranking established for places 1 to 3 in each group.

The teams ranked first in each group will receive a bye to the play-offs. The teams ranked second and third in each group will play in qualification games (A2 v B3 and B2 v A3). The winners of those qualification games will then play the group winners, with the A1 playing the winner of the game B2 v A3 and B1 playing the winner of the game A2 v B3.

The two winners of those games will qualify for the Beijing 2022 Olympic Winter Games from this event.

Seven places for this championship were determined from the rankings at the World Women’s and World Men’s Championships in 2021.

The final places feature the top two teams from the Pre-Olympic Qualification Event 2021 women’s and men’s competitions that took place in Erzurum, Turkey in October.

Women: Czech Republic, Estonia, Germany, Italy, Japan, Korea, Latvia, Scotland (who would compete as Great Britain if they qualify) and Turkey. Of these, Latvia and Turkey qualified from the Pre-Olympic Qualification Event 2021.

In both women’s and men’s events, the teams will play a single round robin. The teams ranked first after the round robin will qualify directly for the Beijing 2022 Olympic Winter Games.

The teams ranked second and third will play a qualification game. The winners of these games will qualify for Beijing 2022.

From 5–8 December, the Mixed Doubles teams will play 14 sessions of round-robin play, then play-off games on 9 December will finally determine the two successful teams that will join the Olympic line-up.

After this, women’s and men’s teams’ round-robin play starts on 11 December, and continues until 16 December.

Play-off games will take place on 17 and 18 December, with three teams of each gender moving forward to the Beijing 2022 Olympic Winter Games.

The teams that progress from the Olympic Qualification Event will join the following teams at the Beijing 2022 Olympic Winter Games. The teams (in qualification order) are:

Due to recent restrictions implemented in the Netherlands, the Olympic Qualification Event 2021 will be played without fans in attendance.

Information on broadcasting is being finalised and will be made available in the coming days.