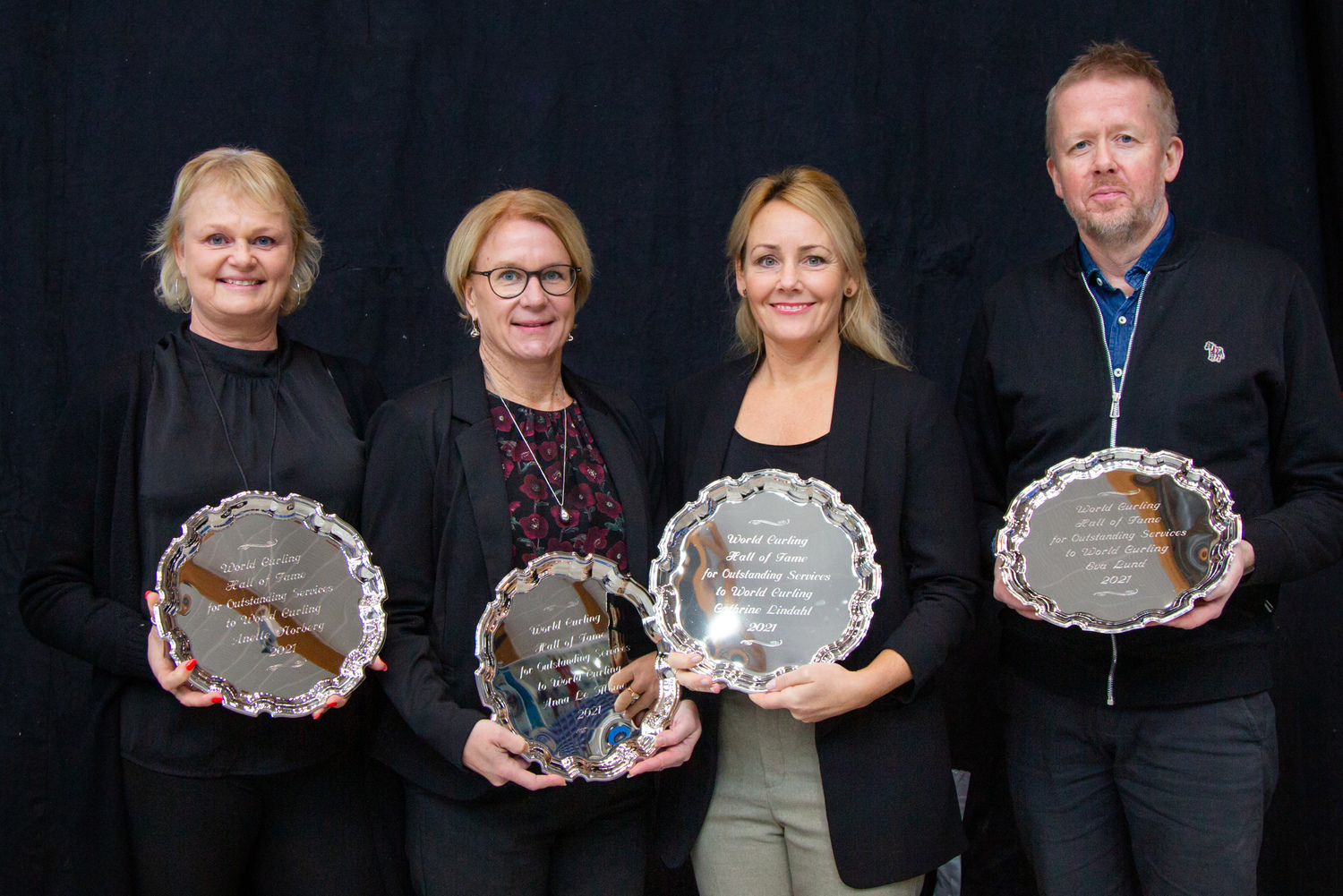 Mike Thomson, inducted as a Builder, led the World Curling Federation in its formative years with great professionalism and regard. He became the World Curling Federation Secretary General in 1994 and served until his retirement in 2010. Before this appointment, he fulfilled this role as a staff member of the Royal Caledonian Curling Club [now Scottish Curling], when the two organisations were one.

They claimed multiple gold medals during their seven-year run together between 2003 and 2010, beginning with European Championships gold in three consecutive years — 2003, ‘04, ‘05 — and once again in 2007. The team also won their first World Women’s Curling Championship in 2005 in Paisley, Scotland and successfully defended their title in 2006 in Grande Prairie, Canada.

At the Olympic Winter Games 2006 in Turin, the foursome defeated Switzerland to win Sweden’s first Olympic gold medal in curling. Then, at the Vancouver Olympics in 2010, they became the first team to win back-to-back Olympic Games when they stole the win in an extra end against Canada.