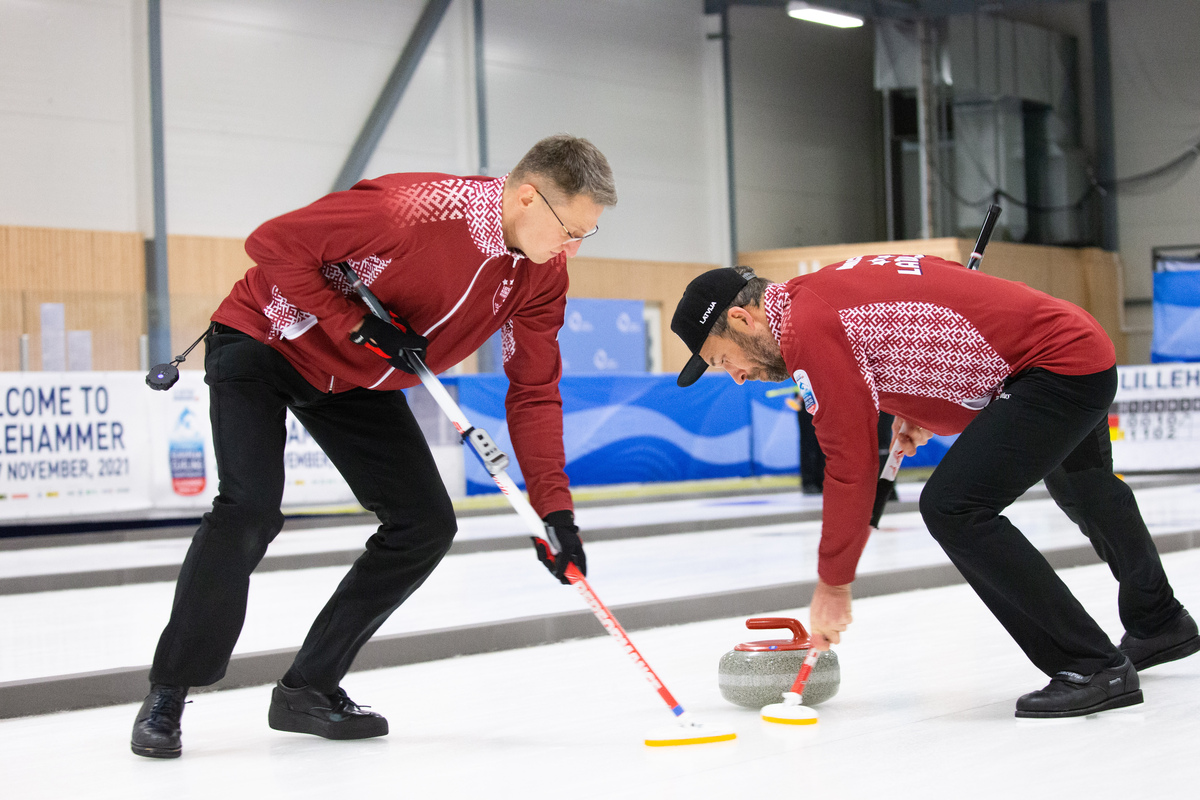 Round-robin play came to a close in the B-Division of the Le Gruyère AOP European Curling Championships on Thursday (25 November) with ten men’s games and five women’s games. Four men’s teams and one women’s team capitalised on the last chance to make it to the play-off stage.

In the women’s field, one semi-final spot was vacant before the last day of round-robin play, as England, Hungary and Norway have secured their play-off spots earlier.

In the morning session, Latvia ⁠— with a 4-4 win-loss record ⁠— played hosts Norway. Latvia had a great start to the game, and led by 4-1 after four ends. Norway could never level the game, and eventually conceded defeat after nine ends of play with a 10-4 result.

With this victory, Latvia secured their place in the semi-finals. Later in the day Hungary beat England by 9-8. These results mean that Hungary will play Latvia in the 1v4 semi-final, while Norway and England will play each other in the 2v3 semi-final.

In the men’s A Group, all three play-off spots were up for crabs at the start of the day. Turkey, Austria and Wales took these places by winning their games on the last day of round-robin play.

In the morning, Turkey won over Slovenia by 6-3, and in the evening they defeated Slovakia by 8-3. Austria beat Bulgaria by 8-3, while Wales won over England by 9-4.

Turkey’s two victories mean that they finished on top of the A Group’s rankings and qualified for the semi-finals.

In the men’s B Group only one play-off place was vacant in the beginning of the day, as Russia and Spain have secured their play-off spots earlier.

With their 9-6 victory over Belgium in the afternoon session, Russia stayed undefeated throughout the round robin. It means that they finished on top of the standings and secured themselves a place in the semi-finals.

Latvia took the last vacant play-off spot from the B Group by winning in a nerve-wrecking game against Estonia. After seven ends, Estonia were leading by 7-2, but Latvia played a very strong last three ends. After scoring two points in the eighth end, they stole a single point in the ninth and another three points in the tenth end. The final score was 8-7 to Latvia.

In the qualification games Austria will play Latvia, while Spain will meet Wales. The winners of these games will meet Russia and Turkey, respectively, in the semi-finals.