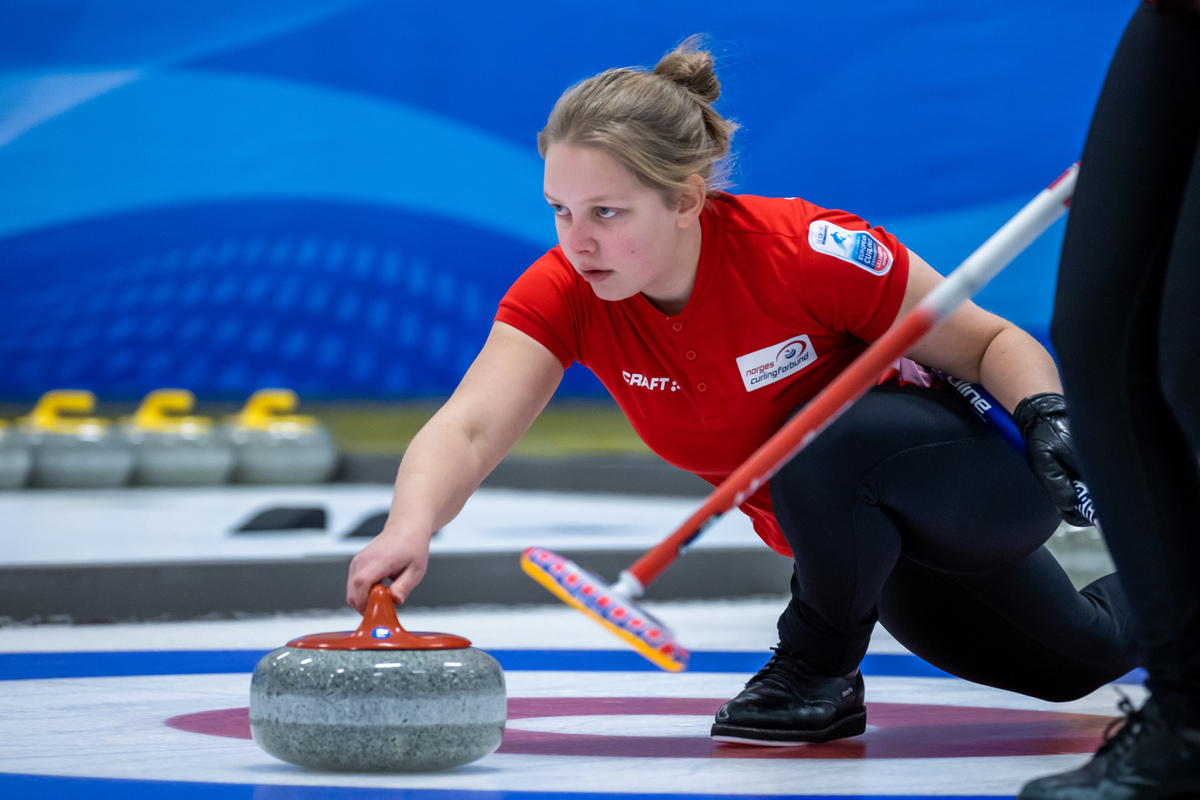 Round-robin play continued in the B-Division of the Le Gruyère AOP European Curling Championships on Wednesday (24 November) with ten men’s games and five women’s games. Hungary and Norway women, alongside Spain men have qualified for the play-offs, and join England women and Russia men.

In the women’s field, Norway played England in the afternoon. Norway had only one loss before the game, while England was undefeated and already qualified for the semi-finals. Their game against each other was a close one until the sixth end, where Norway capitalised on their last-stone advantage, and scored five points to lead the game, by 9-3.

England reduced the deficit by scoring two points in the seventh end. After that Norway blanked the eighth end England conceded defeat. With this victory, Norway booked their place in the play-offs.

Hungary were up against Slovakia in the evening session. After seven ends, Hungary led the game by 5-2. In the eighth end, Hungary stole four points to widen the gap between the teams to seven points, after which Slovakia conceded the game, with a 9-2 end result. This triumph means that Hungary secured their place in the play-offs.

In the men’s A Group Turkey beat Austria, by 10-2, in the afternoon session, collecting their fourth victory of the week. Their 4-1 win-loss record puts them on the top of the rankings. They are followed by Austria, who have four wins and two losses.

In the men’s B Group Spain men secured their place in the play-offs. In the morning, they beat Latvia by 8-3, while in the evening they defeated Lithuania by 11-4. Russia ― who have already booked their play-off ticket on Tuesday ― defeated Hungary, by 9-3, and are still unbeaten.