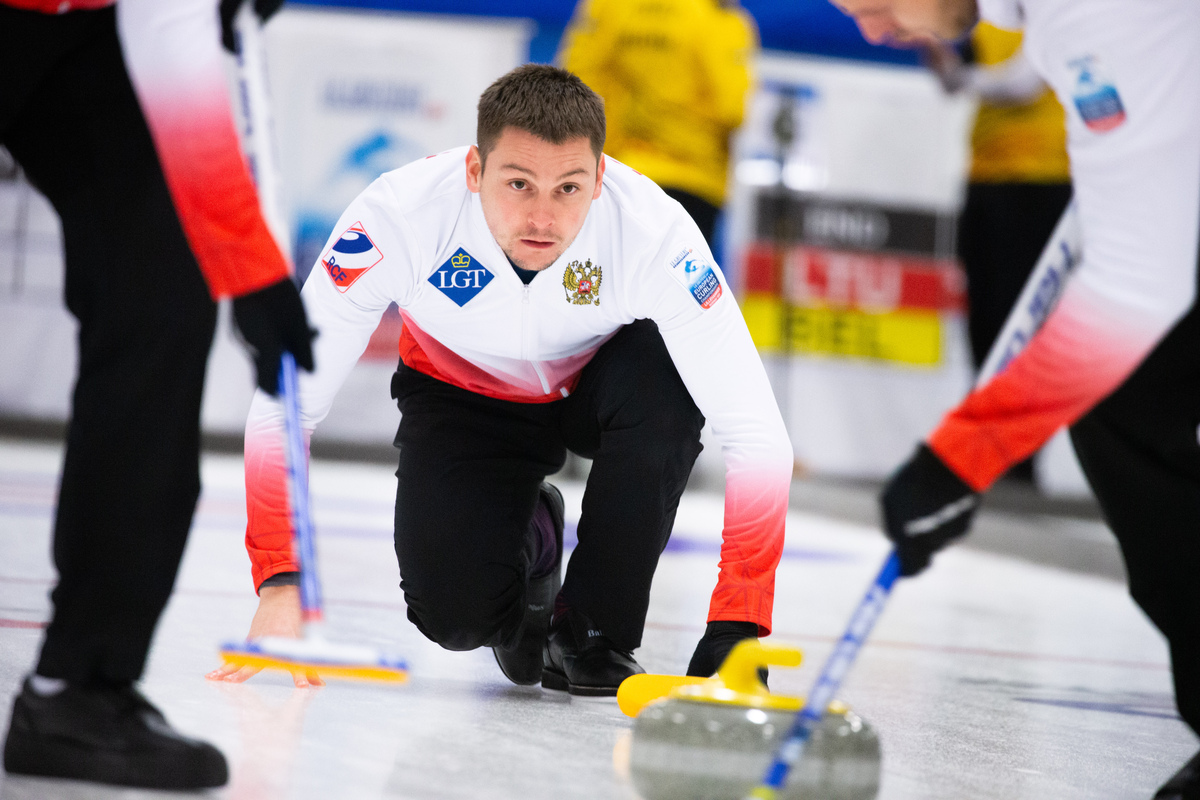 The fourth day of round-robin play in the B-Division of the Le Gruyère AOP European Curling Championships 2021 saw nine men’s games and eight women’s games on Tuesday (23 November) in the Lillehammer Youth Hall.

Russia men were the first to secure a play-off spot, after beating Spain in a battle of previously unbeaten teams. Russia’s 10-6 victory means that they are sitting with five wins and no losses on top of the B group’s rankings with two more games to play. They are followed by Spain who now have three wins and one loss.

Austria top the rankings in the men’s A Group after securing two wins today. In the morning, they were up against Slovenia and won that game by 7-3, while in the evening they won over Slovakia by 5-2. Behind them are England and Turkey in joint second place, both having a 3-1 win-loss record.

In the women’s field, England booked themselves a place in the play-offs by beating Austria in an extra-end game. England’s 8-7 triumph means that they are still unbeaten after seven games played with two more games left. They are followed on the table by Hungary and hosts Norway, who both won both of their games today and have a 6-1 win-loss record. Austria, Latvia and Lithuania are all in close play-off contention, sitting with a 4-3 win-loss record.