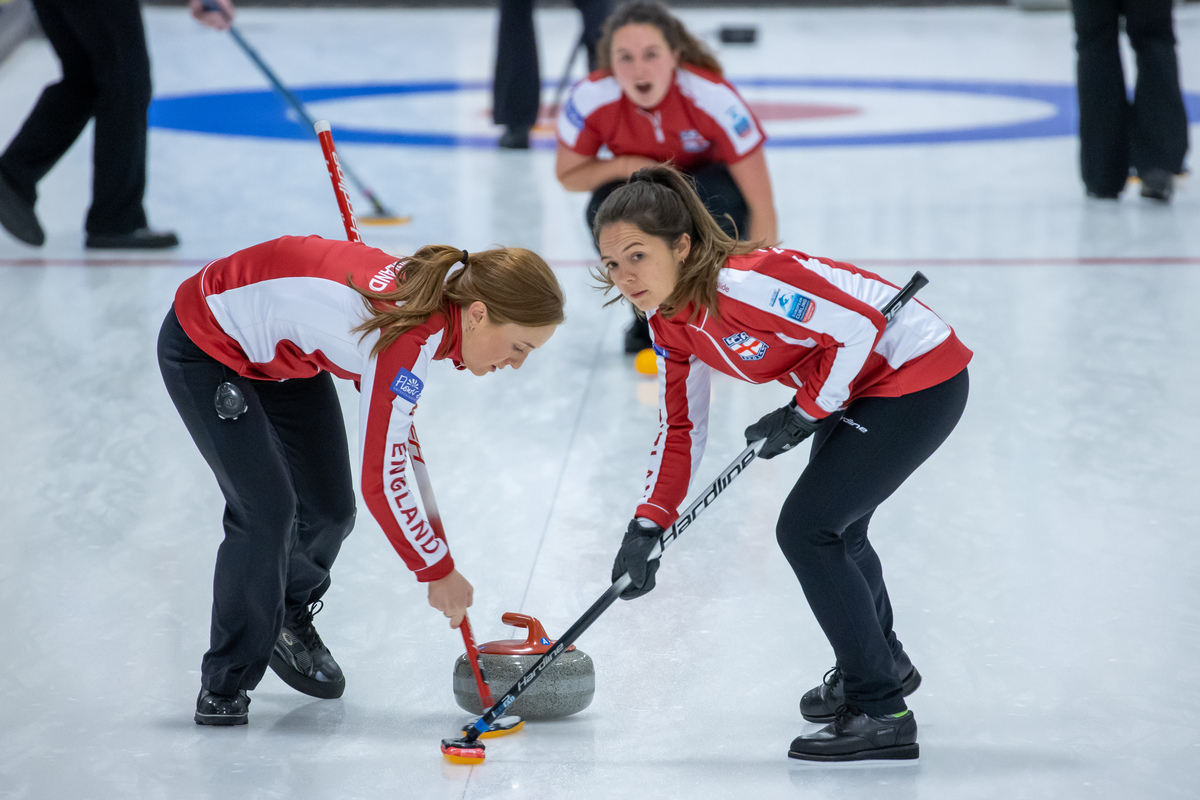 In the women’s field, England continued their undefeated run, picking up two victories. In the morning, they beat Latvia by 8-5, while in the afternoon, they defeated Spain by 9-5. England is followed by Austria, Hungary and Norway on the table, who all have four wins and one loss so far.

Hungary and Norway played each other in the afternoon. The game was back-and-forth all the way, with Hungary leading by 6-5 after nine ends. Norway managed to steal a single point in the tenth end, bringing the game to an extra end. In that extra end, Hungary scored a single point, winning the game by 7-6, and handing the hosts their first loss of the week.

After the game, a delighted Hungary skip, Ágnes Szentannai said, “We have prepared ourselves for a tough game, knowing how well the Norwegian team had been playing so far. I believe we all managed to stay focused and calm throughout the entire game which was essential to execute all of our key shots. This performance was a fantastic example of proper teamwork. We aim to keep it up like this from now on.”

In the men’s field, England picked up their third victory so far, defeating France by 8-3. With this win, they sit alone on the top of the standings in the A Group, with three wins and no losses. They are followed by Austria and Turkey, who both have two wins and one loss so far.

In the B Group, Russia continued their unbeaten run, winning over Estonia by a score of 11-3 in six ends. They lead the standings with four wins and no losses and are followed by Spain, who are also undefeated, however, they have played only three games so far.