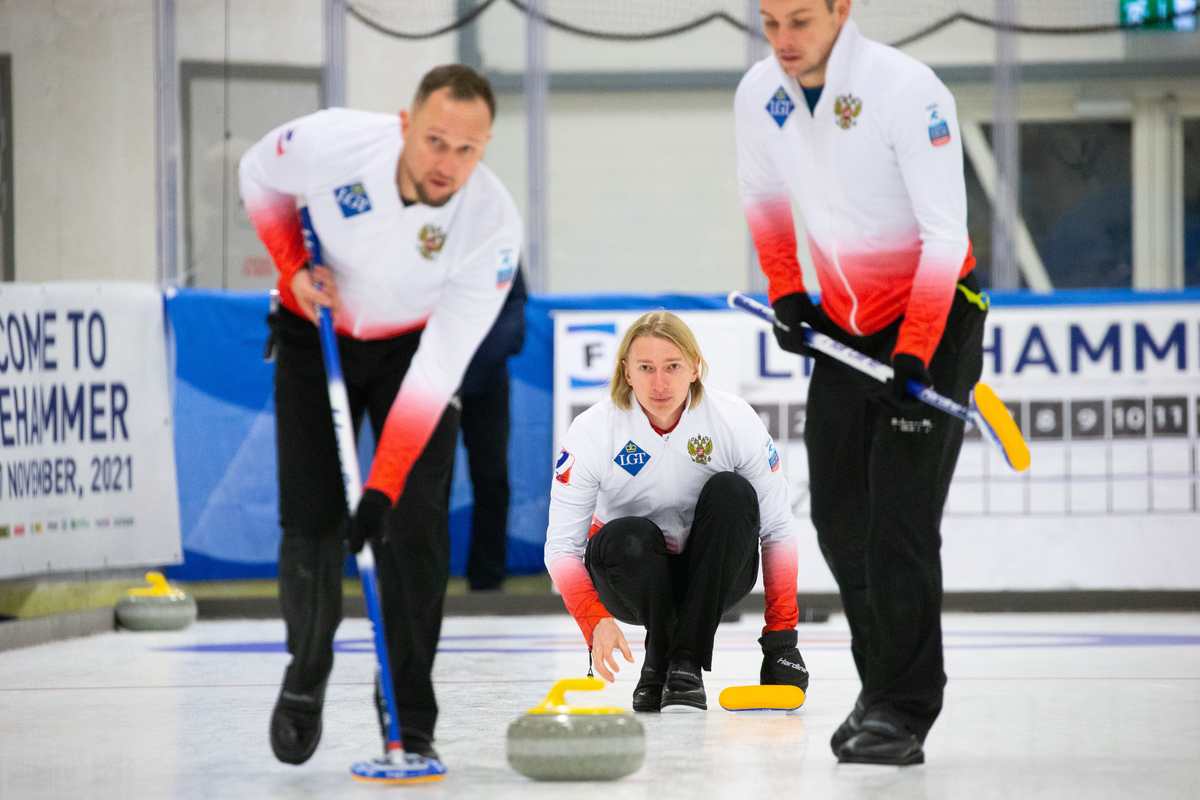 Eight men’s games and seven women’s games were scheduled in the B-Division of the Le Gruyère AOP European Curling Championships 2021 for Sunday (21 November) in Lillehammer, Norway.

In the men’s competition, Russia, who finished in ninth place in the A-Division in 2019, and were then relegated to the B-Division, continued their campaign to return into Europe’s elite field. After Saturday’s 8-2 win over Lithuania, they defeated Belarus in today’s game. Due to a big score of three points in the second end and a steal of three points in the third end, Russia took a commanding 6-0 lead. They held the lead throughout the game, eventually winning, by 10-4.

It was a successful day for England women as well, who met Finland. The game was tight all the way and after nine ends, Finland led the score by 5-4. In the tenth end, Finland forced England to only score a single point to tie the game at five and send the game to an extra end. England played an excellent extra end with lots of stones in play, and eventually stole three points, winning the game by 8-5.