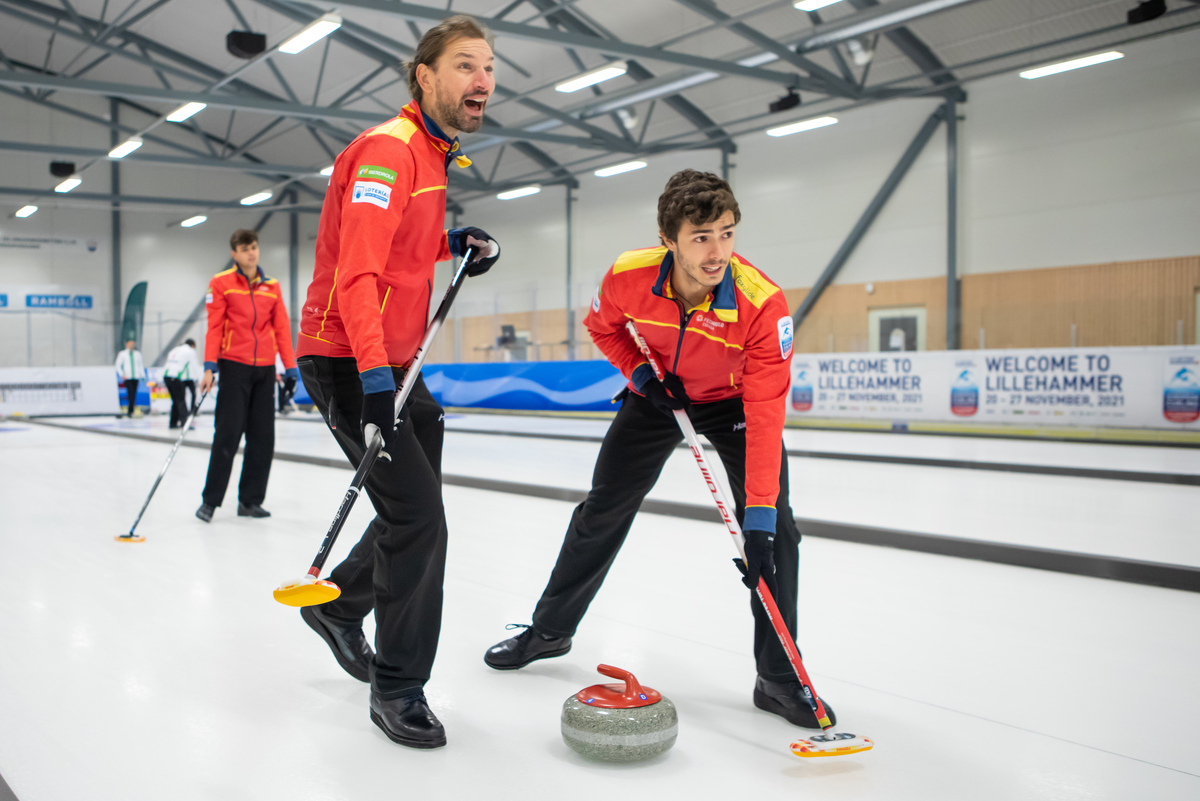 Action in the B-Division of the Le Gruyère AOP European Curling Championships 2021 kicked off with ten women’s games and eight men’s games on Saturday (20 November) in Lillehammer, Norway.

On the men’s side, newcomers to the B-Division, Slovenia and Slovakia, faced each other. Slovenia were the champions of the European Curling Championships C-Division 2021, held in Geneva, Switzerland, while Slovakia took the bronze medals.

Slovakia, with a new line-up for this event, won this match-up by 10-4, helped by a big score of five points in the ninth end.

Elsewhere in the men’s competition, Spain defeated Estonia, by 7-2, despite the challenge of their own brooms not arriving with them in Lillehammer.

On the women’s side, all teams played two games. England, Hungary and hosts Norway won both of their games and top the standings. Austria, bronze medallists of the C-Division, started their B-Division campaign with a 11-6 win over Spain before losing against Norway, by 8-2.