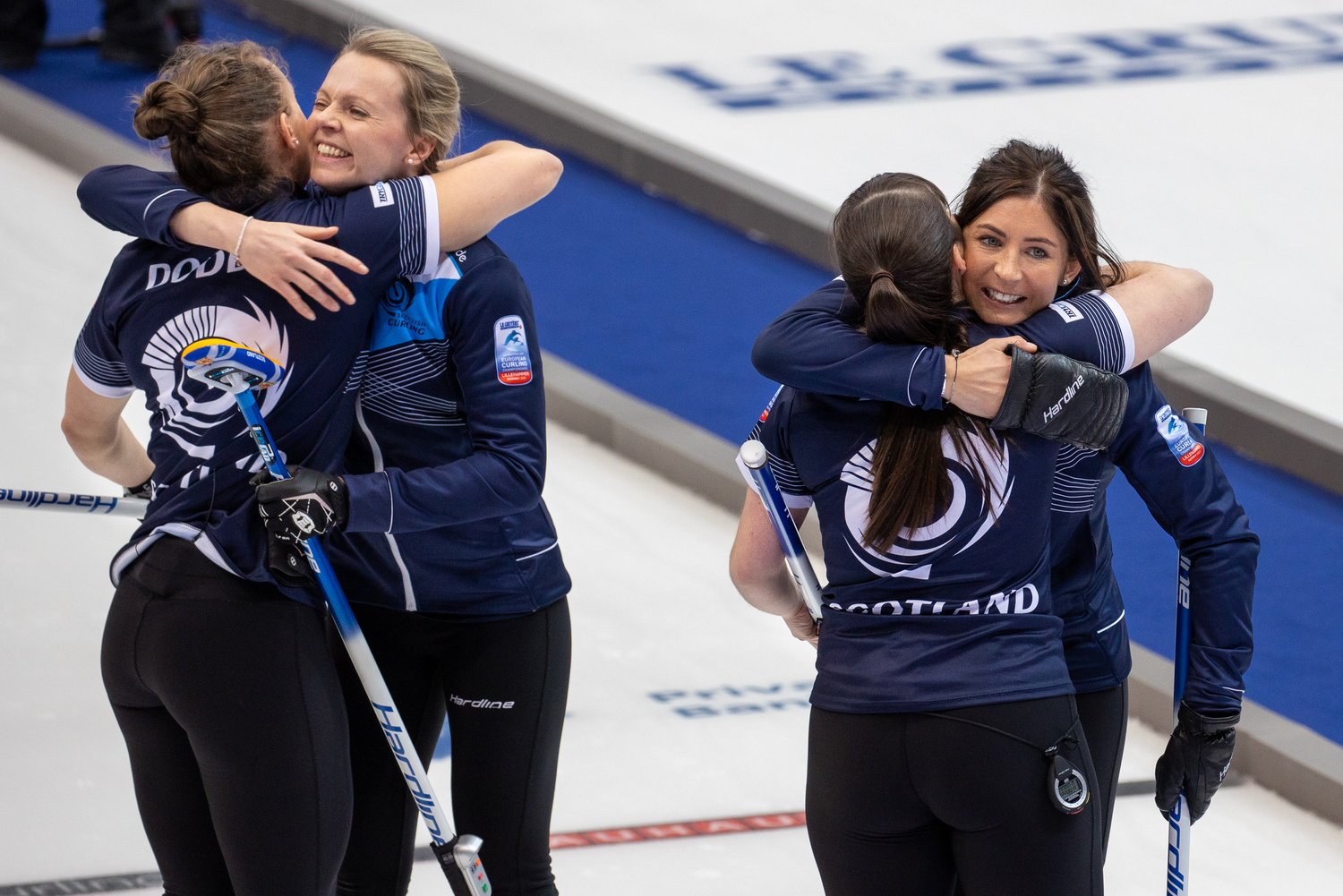 Sweden — winners of the other semi-final — waited in the gold medal final for the winners of this match-up, with Russia ready to play the losers for bronze.

In the first end, the Scots had last-stone advantage but, when Germany’s skip Daniela Jentsch cleared the house with a double take-out, Scotland’s Eve Muirhead threw her last stone through to blank the end.

The teams built up a busy house in the fourth end, and Muirhead’s last stone just nudged a German counter, but it stayed around to make Scotland score one point, instead of the two points they were looking for.

In the fifth end, Germany’s Jentsch was facing three Scottish counters when she came to play her final draw, but she managed to get inside them all, to score one point and take a 3-1 lead into the halfway break.

Muirhead played a soft tap-back with her last stone of the sixth end to score two points and level the game at 3-3.

Then, in the seventh end, Germany’s Jentsch got her angles wrong on a take-out attempt to give up a steal of one point that allowed the Scots to take the lead in the game for the first time, at 4-3.

In the eighth end, Germany’s Jentsch attempted to promote a wide stone into the house to move three Scottish stones surrounding one German counter on the button. But the promoted stone slid by, leaving Germany just one point from the end and levelled the score, at 4-4.

In the ninth end, Scotland’s Muirhead played a gentle tap-up on one of her own stones to score two points and go into the tenth end with a 6-4 lead.

Germany did all they could to build up the tenth end, looking for a multiple-point score. However, eventually, Jentsch was left with a tricky cross-house angle shot which did not quite come off, giving Scotland a further steal of one point and a 7-4 win that takes them to the gold medal final.

After the game, Scotland’s Muirhead said, “It was most definitely a game of two halves – I think we won the second part of the game 6-1. We had a good half-time talk and that definitely helped us. The ninth end was key. I had a couple of options and there was no right or wrong shot.”

Looking forward to the final against defending champions Sweden, she added, “I’ve got two golds already and I would love to add to that collection. For a couple of the girls, it’s their first Europeans and I’d love to give them a gold medal as well.”