Scotland, Russia and Sweden women qualify for the play-offs 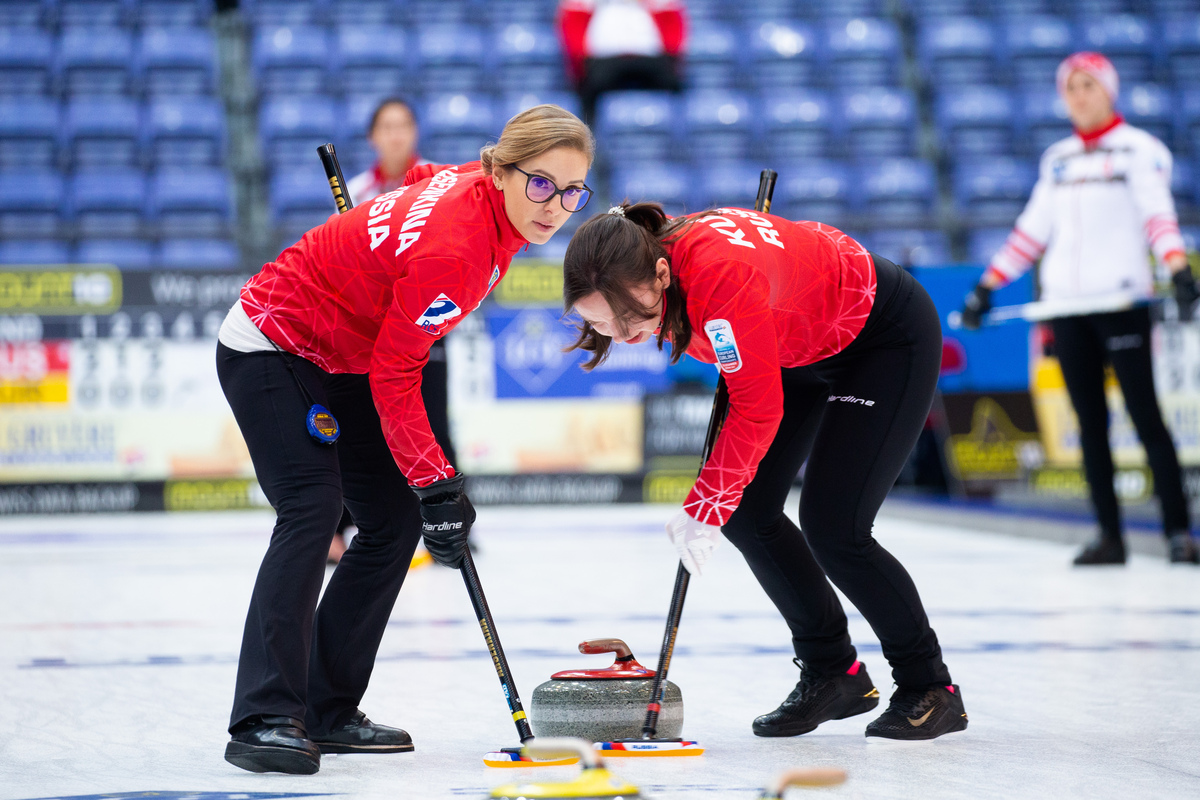 Scotland beat world champions Switzerland by 7-2 in Wednesday afternoon’s eighth session of women’s round-robin play at the Le Gruyère AOP European Curling Championships in Lillehammer, Norway. This victory means that Scotland are the first qualifiers for the play-offs in the women’s event.

With wins later in this session, Russia and Sweden joined Scotland in the play-off line-up.

While this result kept the Scots in a clear lead at the top of the table, the situation at the other end – which will decide relegation and World Championship qualification issues – remains unclear. The only certainty is that Estonia will finish in tenth place, and be relegated to next season’s B-Division.

In the game between Scotland and Switzerland, the Swiss blanked the first end, then opened the scoring with a single point in the second end. However, the game really turned in the Scots’ favour when they followed up a hit for two points in the fourth end, with a single-point steal in the fifth end.

Then, they stole another two points in the sixth end to increase their lead to 5-1. A hit-and-stay for two more points in the eighth end gave them a 7-2 win and play-off qualification. Scotland will finish on top of the table after the round-robin, regardless of the results of the final session.

Afterwards, Scottish skip Eve Muirhead said, “We came out very sharp from the first end and put our stones in good spots and made it difficult for them. That forced them onto a lot of tougher shots, and a few mistakes as well. It’s important that we take all the good things from that game, but it’s important that we learn as well, because there are a few things we could have done differently.”

Behind the Scots, Russia shares second spot after their 10-1 win over Turkey.

Russia scored two points in the first end, and followed that up with a single-point steal in the second end and a steal of two more points in the third end.

Turkey got on the scoreboard with a single point in the fourth end to reduce Russia’s lead to 5-1.

In the sixth end Russian skip Alina Kovaleva played a control tap-up to score two points again and take a 7-1 lead. The Russians had steals in four of the eight ends played in this game – a total of six points – and this was the main difference between the teams. This result confirmed Russia in joint second place and in the line-up for the play-offs.

Sweden joined Russia in second place on the table and into the play-offs with an extra-end 7-6 win over Germany.

The Swedes had built up a 5-2 lead early, but in the seventh end Germany skip Daniela Jentsch hit out a Swedish stone to score three points and level the game at 5-5. The teams were tied at 6-6 after ten ends.

Speaking afterwards, Hasselborg said, “That was a good game. We started off well, but Germany really battled. I think we hung in there all the way. We had hammer in the extra end – that’s all you can ask for. We have fought hard for every win here and that’s something that we will take moving forward.”

Italy faced Czech Republic in this session and moved onto a 9-4 lead in the eighth end with a controlled triple tap-up shot by skip Stefania Constantini to score two points.

The Italians went on to win by 11-4 and later a smiling Constantini said, “With this game we’ve qualified for the Worlds and this was our most important goal, so we’re very happy. It wasn’t our best performance I think, but we just kept going… and we won. I think we’ve had a very good European Championships, we’ve improved a lot as a team, so we are proud of ourselves.”

In the fifth game of the session, Denmark beat Estonia by 8-6, and this leaves Estonia without a win and relegated to the B-Division next season. Turkey, Czech Republic and Denmark sit just above them, and with there being two relegation slots to the B-Division, they are not completely safe yet.