Germany women take hold of second place in the rankings 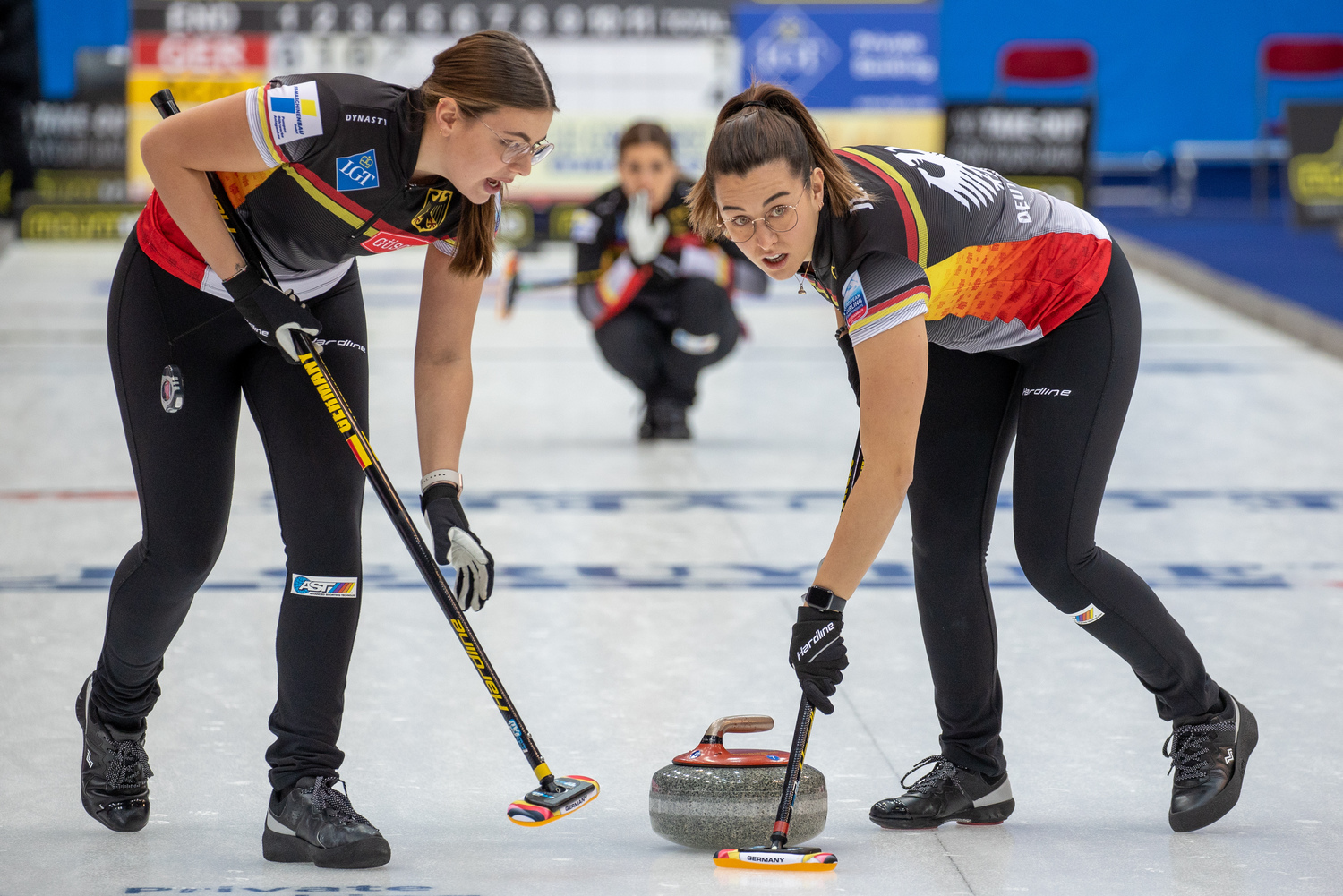 This result sees them move into clear second place in the rankings, behind undefeated leaders Scotland, who had a 10-3 win over Estonia in this session.

The key point in the game between Germany and Denmark came in the second end, when German skip Daniela Jentsch played a hit on a Danish stone to score four points. The Germans followed that up with two-point scores in the fourth, sixth and eighth ends to complete their 10-5 win.

Afterwards, Jentsch said, “I think this morning we weren’t sharp enough, but this time we were a stronger team from the beginning. The big four was important and then scoring two again, then another two. The four was the turning point, with that score you can play defensive.”

Speaking about her team’s place on the table, she added, “I’m not complaining. We’ve been practising so much, and we’ve been working so hard and right now, it’s showing. But the week is long, and we still have a few more games.”

In the fifth end, a draw by Scotland skip Eve Muirhead produced another score of three points for an 8-2 lead. The Scots went on to win by 10-3, keeping them at the top of the table and maintaining their unbeaten record.

By contrast, this fifth loss leaves Estonia at the foot, still looking for a win.

Defending champions Sweden were up against the reigning world champions from Switzerland in this session.

The key moment came in the fourth end when, with Sweden leading by 2-1, Switzerland’s fourth player Alina Paetz came up short with an attempted draw on her final stone to give the Swedes a steal of three points and a 5-1 lead. They went on to win by 8-3.

After the game Sweden’s skip Anna Hasselborg said, “It was such a good win today. We really needed that — it was a great game out there.”

She added, “Now we must just focus on every rock and get better and better as the week goes. We’re playing a good game, and getting the puzzle pieces back together, so it feels good.”

In the sixth end, Russia’s skip Alina Kovaleva played a draw for four points and a 9-2 lead, and this was enough to convince the Czech team to concede.

In the fifth game of the session, Turkey beat Italy, by 9-6, with skip Dilsat Yildiz clearing out Italian stones in the tenth end to secure the win.

Now, Russia, Sweden, Switzerland and Turkey share third place on the table, each on three wins and two losses, behind leaders Scotland and second-placed Germany.