Scotland remain the only undefeated team after four women’s sessions 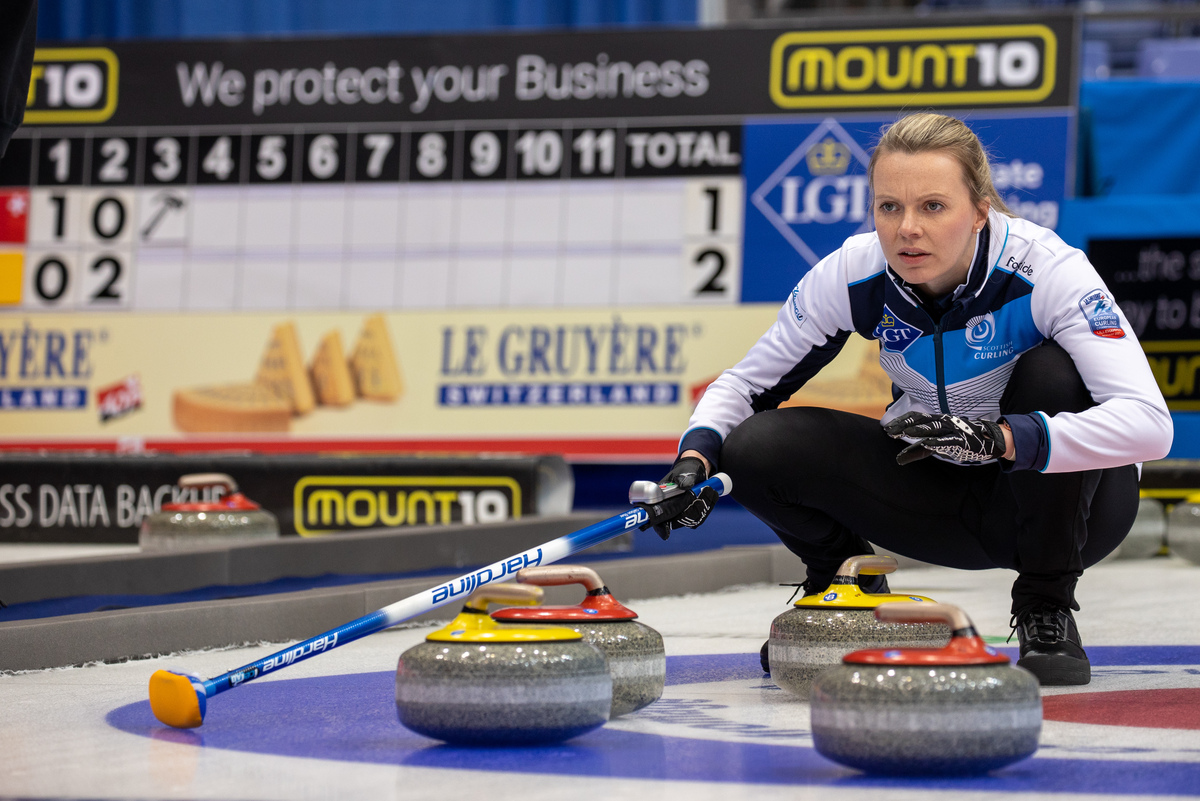 Monday morning’s fourth session of women’s round-robin play at the Le Gruyère AOP European Curling Championships, in Lillehammer, Norway, Scotland played Germany in a clash between the two unbeaten teams sitting at the top of the rankings.

And it was the Scots who took the early advantage in the game. In the third end, with the scores tied at 1-1, Scottish ski Eve Muirhead delivered a nose-hit on a German stone to score three points and move the Scots into a 4-1 lead. In the sixth end, Muirhead played a gentle take-out to put another three-point score on the board and move her team into a 7-3 lead. Although Germany responded with two points in the seventh end to reduce the Scottish lead to 7-5, the Scots went on to win by 9-5 and sit alone at the top of the rankings.

Afterwards, Muirhead said, “It’s been a few Europeans since we’ve been 4-0 at this stage – but it’s a nice feeling.  We couldn’t have asked for a better start than this. We’ve been playing well, and I think we’re getting better in every game as well. We’re working really well as a team.  So far, so good, and I can’t complain one bit.”

Switzerland faced Russia in this session. In the fourth end, with the score tied at 2-2, Switzerland’s fourth player Alina Paetz came up short with her final draw attempt, to give Russia a steal of two points and a 4-2 lead.  However, in the fifth end Paetz made amends for that mistake when she promoted one of her own stones into position to score four points, allowing the Swiss to take the lead at 6-4. Russia levelled again with a score of two points in the seventh end, but Switzerland went on to emerge as 10-6 winners.

Speaking later, Swiss skip Silvana Tirinzoni was gracious about her opponents, “That was a tough game with good shots from both sides. It could have gone either way, so I’m happy.”

And speaking about the mistake by fourth player Paetz that gave Russia a steal of two, she was philosophical. “That happens, it’ll happen again. We’re used to situations like that – you can’t get that rock back, so the only thing to do is to try to look forward.”

This third win means that Switzerland now join Germany in second place, on three wins and one loss.

Turkey faced Denmark in this session, and the Danes looked well-set after two ends when they held a 4-0 lead. However, Turkey battled away and a single-point steal in the ninth end finally brought them back level, on 6-6. Another single steal in the tenth end for a 7-6 result was enough to give Turkey their second victory so far, while Denmark are still looking for their first win.

Like the Danes, Estonia are still looking for their first win. They gave up a five in the first end when Czech skip Alzbeta Baudysova nudged up one of her own stones into scoring position. After this Estonia fought back, scoring one point in the second end, and then producing single-point steals in the next three ends to go into the break down by just one point, on 4-5.  However, the Czechs rallied in the second half, to win by 7-5.

Defending champions Sweden faced Italy in the fifth game of this session. With Italy leading by 2-1 after three ends, Sweden’s skip Anna Hasselborg played a well-judged draw to score three points in the fourth end. This was the break-through that made all the difference, as Sweden went on to win by 5-3.