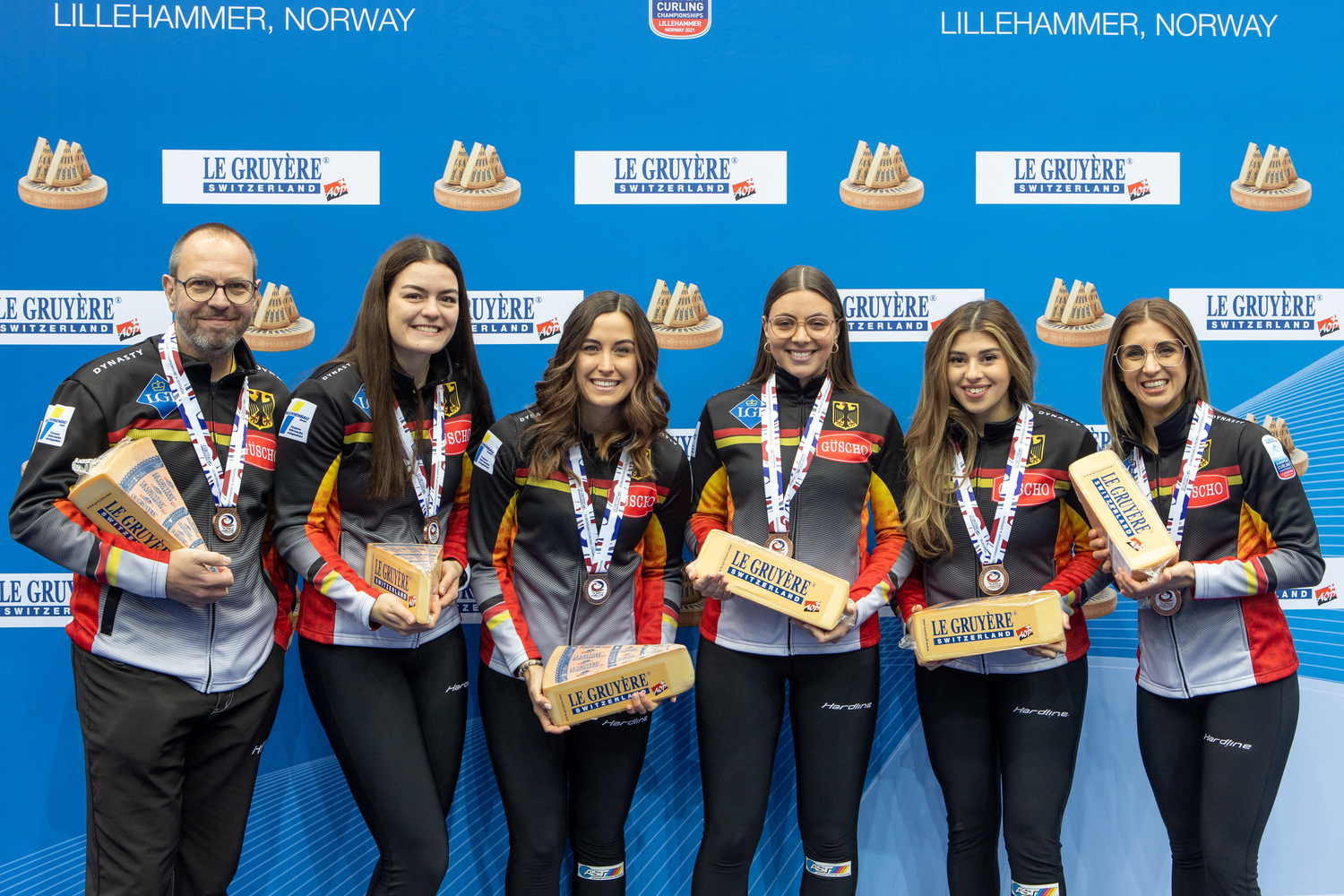 Russia and Germany women’s teams faced each other for bronze medals on Friday (26 November) evening in the Le Gruyère AOP European Curling Championships 2021 in Lillehammer, Norway.

In the first end, Russia had last-stone advantage and their skip Alina Kovaleva was facing three German stones already in the house when she played her final draw. She drew inside them all to open the scoring with a single point.

In the second end, the Russians managed to split the house during the end, forcing Germany skip Daniela Jentsch to draw for just one point and level the game, at 1-1.

In the third end, Russia had built a collection of stones in the house, then with her last stone, Germany’s Jentsch drew inside most of them. Kovaleva was unable to draw a third counter into the four-foot ring, leaving Russia to score two points and take a 3-1 lead.

In the fourth end, Germany had three stones within the four-foot ring. With her last stone, Russia’s Kovaleva cleared out two of them, leaving Jentsch with a draw into the house to score two points and level the game at 3-3.

Germany’s Jentsch failed to clear out a Russian stone on the wing with her last stone of the fifth end, leaving Russia’s Kovaleva to draw to anywhere in the rings to score two points and take a 5-3 lead into the fifth-end break.

Germany’s Jentsch was then successful with a delicate tap-up on one of her own stones to level the score at 5-5 in the sixth end. Russia then blanked the seventh end.

In the eighth end, Germany had two stones lying in the four-foot ring, but Russia’s Kovaleva was able to draw her final stone inside them, to score one point and take a 6-5 lead.

Germany then took the lead for the first time in the game when, in the ninth end, skip Jentsch was successful with an angle-raise double take-out to score two points for a 7-6 scoreline.

In the tenth end, Russia’s Kovaleva missed an attempted raise take-out on two German stones, giving Germany a steal of two points, a 9-6 win and the European bronze medals.

After the game, an elated Daniela Jentsch said, “After this week, we wanted this game so much, we wanted to win and we showed that we can, and we’re so happy. I’m really proud of the team. I think we just wanted it more [than them].”

Speaking about her tactics, she added, “I just wanted to give us a good set-up when we could score the twos. I think we managed it all quite well.”