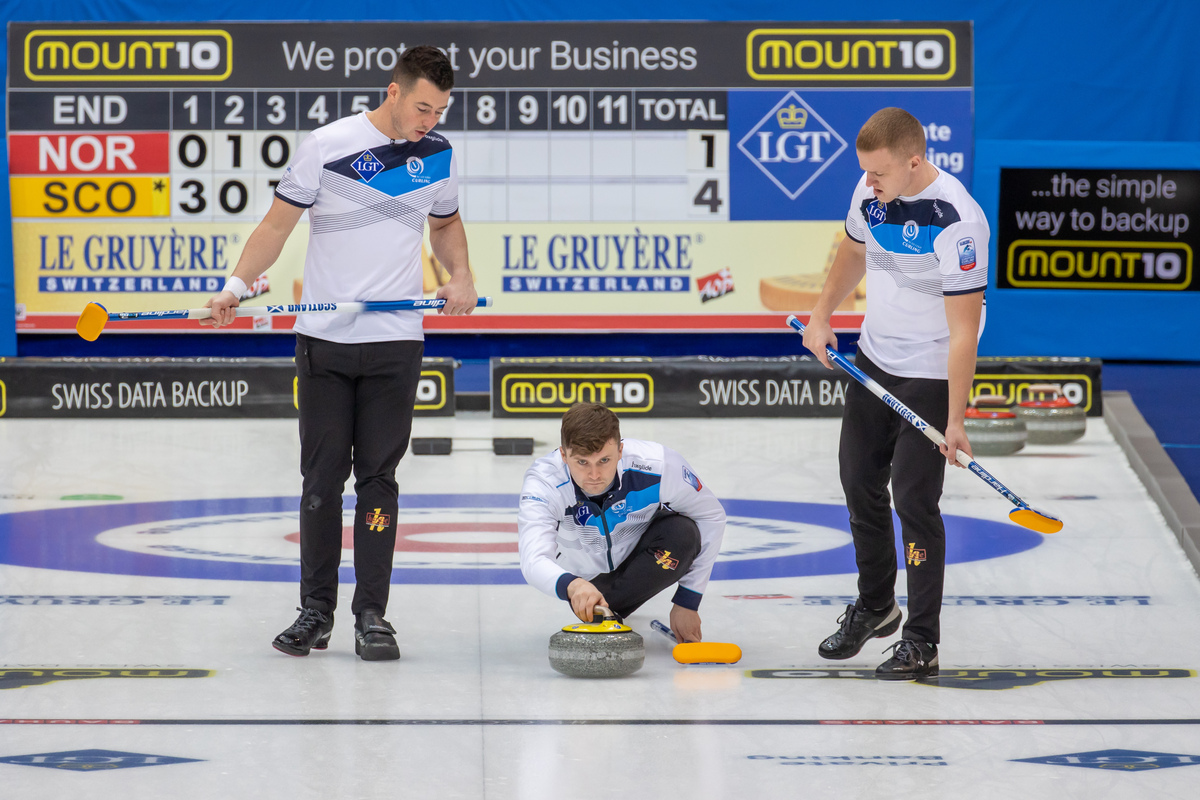 Earlier, Sweden had beaten Italy in the first semi-final to await the winner of this game in the gold medal final, while the Italians would play the losers for bronze.

The Scots opened strongly in the first end. Their skip Bruce Mouat played a double take-out across the house to open the game with a score of three.

In the second end, Norway’s skip Steffen Walstad played a hit then rolled into position to score one point and reduce Scotland’s lead to 3-1.

In the third end, Scotland’s Mouat cleared out stones from the house to score one more point and move his team’s lead to 4-1.

Scotland had two counting stones when Walstad played his last draw of the fourth. His stone drifted wide and beyond its target, to give the Scots a steal of two points and a 6-1 lead.

In the fifth end, the Scots built up four stones in the house behind guards when Norway’s Walstad came to play his last shot. His draw to come around them all was inch-perfect to score one point and reduce Scotland’s lead to 6-2 at the half-time break.

Scotland added a further two points in the sixth end when Mouat drew his last stone on to the button, to give the Scots an 8-2 lead.

In the seventh, Norway scored one point to reduce the Scottish lead to 8-3. Then, in the eighth, Scotland’s Mouat played a hit on a Norway stone sitting at the back of the house to score one more point for a 9-3 lead. At this point, Norway conceded the game.

After this win, Scotland’s Mouat said, “We’re very excited for tomorrow now. It’s a re-match from 2018, and the world final, but we’re feeling really good. Two European finals, two golds, – I think that’d be a good record. We’re excited to play Sweden again. It’ll be a good game, I’m sure.”