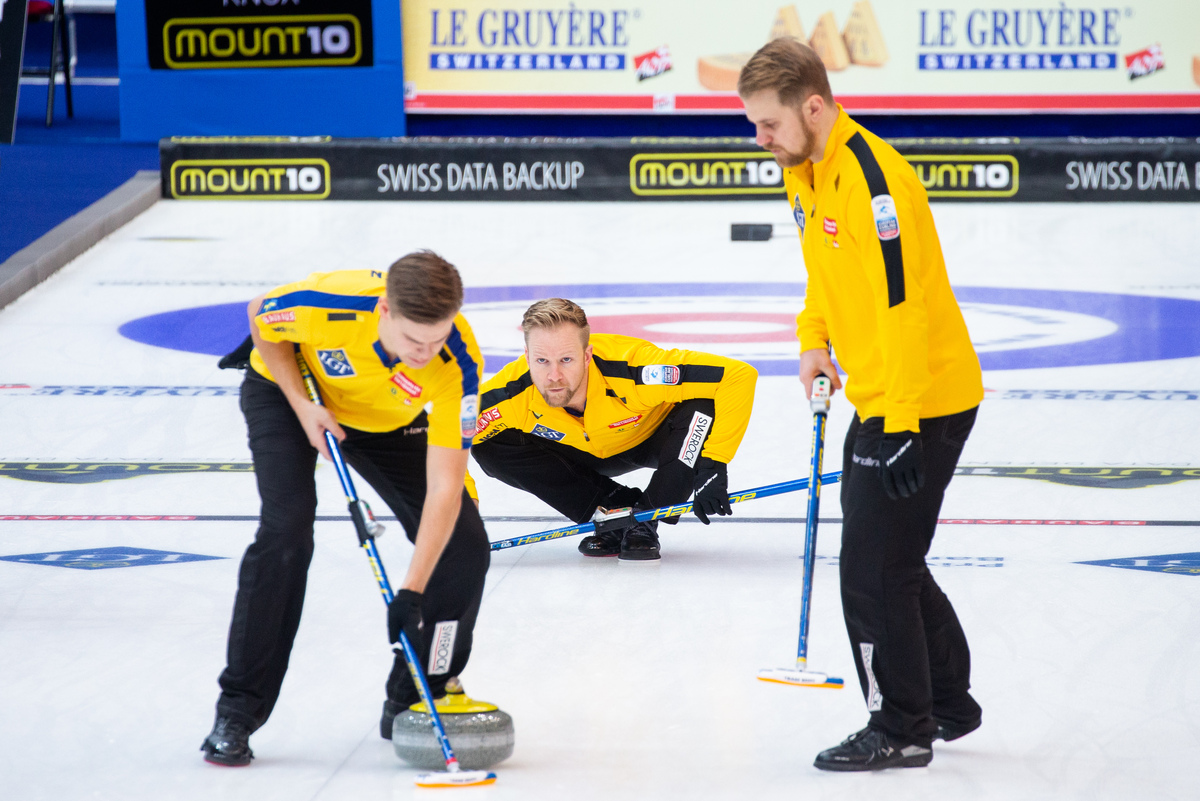 Sweden opened with last-stone advantage and used it to blank the first end. They opened the scoring in the second end when their skip Niklas Edin played a double take-out to score one point.

In the third end, it was Italy’s turn to blank. In the fourth, Italy’s skip Joel Retornaz promoted one of his stones to take out the counting Swedish stone and stay, to score two points and take a 2-1 lead.

The fifth end became complicated as the teams built up stones in the house. It was also lengthy, with both teams calling time-outs.

Eventually, Sweden’s Edin faced three Italian counters when he came to play the last stone of the end. He played a gentle tap-up for the Swedes to score one point to level the score at 2-2, after an umpire’s measure.

Italy blanked the sixth end. In the seventh end, good set-up play by Sweden forced Italy’s Retornaz to play a nose-hit and stay on one of three Swedish stones in the house, to score one point and restore his team’s lead, at 3-2.

Sweden blanked the eighth end and, in the ninth, their skip Edin had an open draw to score two points and take a 4-3 lead into the tenth end.

In that tenth end, Sweden’s Edin drew his final stone into the four-foot ring and when Italy’s Retornaz tried to follow him, he came up short to give up a steal of two points to hand Sweden the 6-3 win.

After the game, Edin said, “That was a battle, an enjoyable one. They played great the whole game and hardly missed a shot. We knew it was going to be a tough and difficult game. I’m super happy we didn’t have to play the extra end – it was nervy. We’re super-thrilled to be in the final now.”