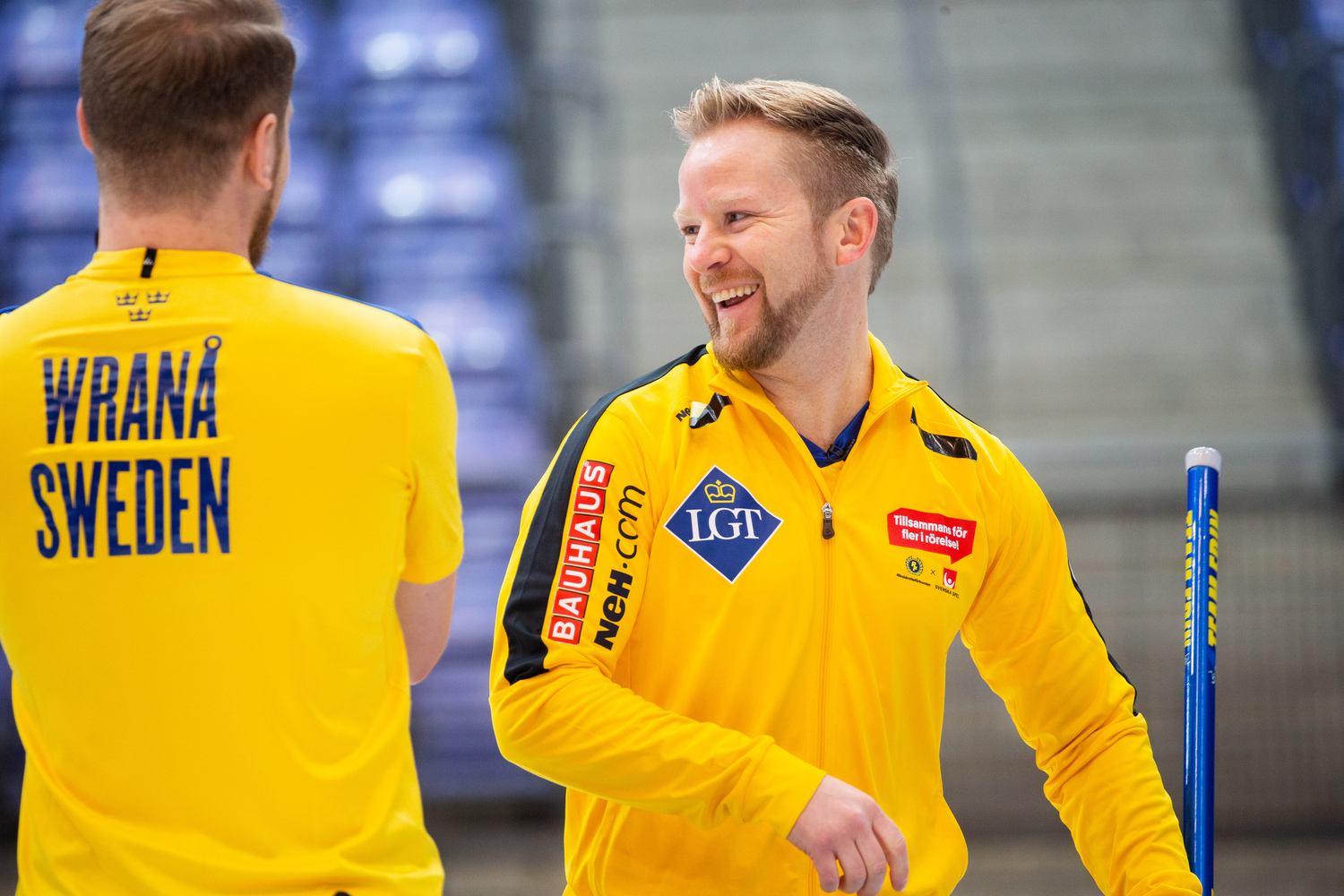 Then, in the fourth end, with their lead now at 2-1, Sweden’s skip Niklas Edin played a draw to score three points. Sweden then stole two points in the fifth end to take a 7-1 lead into the break.

Netherlands responded with two points in the sixth end when their skip Wouter Goesgens played a hit-and-stay, but Sweden stayed in control, to win, by 8-7.

At the same time, Scotland faced Czech Republic. In the first end Scotland skip Bruce Mouat put two points on the scoreboard with an open hit.

A score of three points in the third end, followed by steals of two points in the fourth and fifth ends gave the Scots an unassailable lead on their way to a 10-5 win. Scotland are now guaranteed to finish the round-robin in top spot.

After the game, Scotland’s Mouat said, “We’re looking forward to the play-offs, having hammer and stone choice. You’re playing for medals at that point, so it’s important that you’re getting off on the right foot, having hammer in those games is where you want to be.”

He continued, “We’ve got a tough game against Norway now and a tough game is exactly what you want just before the play-offs. It’ll get us in the mood for playing some pressure shots, and Norway are the best opponent to do that against.”

Italy recorded their second win of the day, beating Germany, by 11-5, and this result puts them into joint third place alongside Norway.

Germany responded with three points of their own in the second end. Then their skip Sixten Totzek played a tight draw onto the button in the fifth end to score one point and reduce Italy’s lead to 5-4.

Italy then controlled the second half, finishing the game off with a score of four points in the ninth end.

This keeps Italy’s qualification hopes alive and afterwards, skip Retornaz said, “That was a good win. We needed this win as we need the one tomorrow to go on in this competition. We’re very proud of what we’ve achieved today — both wins… two good teams, and the good thing is that we’re performing very well.”

He added, “We’re still in the hunt and the good thing is that it depends on us — it doesn’t depend on other people or what they do on the ice. We just need to go out, play our best game, then take a win home and make it to the play-offs.”

Norway played Finland in this session, and in the fifth end their skip Steffen Walstad played a controlled tap-up shot to score three points and take a 6-3 lead into the break.

Norway went on to win, by 9-4, to join Italy in third place, keeping their play-off campaign very much alive.

In the fifth game of this session, Switzerland faced Denmark. In the third end, with the Danes leading by 2-1, Switzerland’s fourth player Benoit Schwarz produced a triple take-out to score three points and give his team a 4-2 lead.

The Swiss had steals in the next three ends — including a steal of five in the fifth end where Danish skip Mikkel Krause could only remove a single Swiss counter — to go on and win by 12-2.

This result leaves Switzerland just outside the play-off positions on the table — alongside the Czech Republic — and afterwards, a deflated Swiss skip Peter De Cruz said, “We knew coming into this game that’s it not all in our hands now and obviously we’re a bit disappointed at how things have gone this week. We were expecting to do a bit better. For some reason mentally, we couldn’t be sharp enough.”