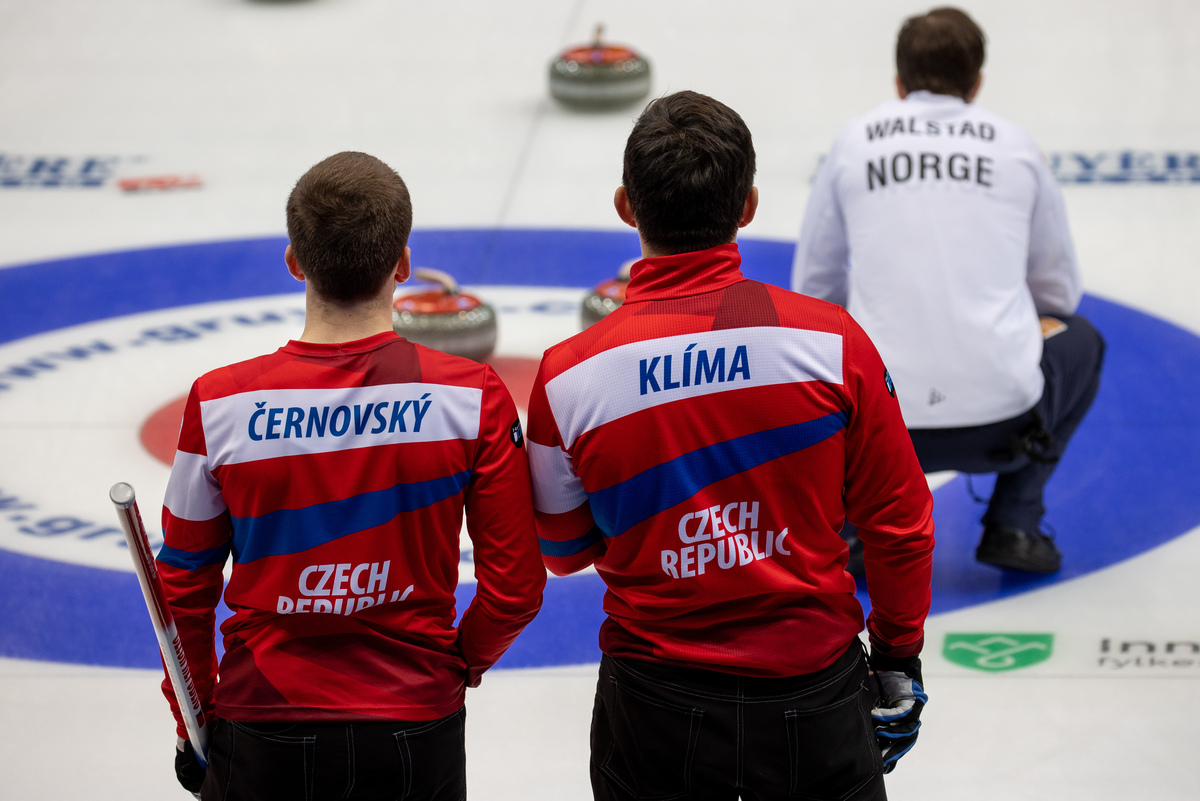 This means they both stay in prime position to qualify for the weekend play-offs. The results of this session also mean that five teams are now tied in third place, with only four play-off slots available in total.

The Scots played Denmark and held a 4-3 lead at the halfway mark. The game stayed tight until the eighth end when Scotland had a steal of three as Denmark skip Mikkel Krause was too deep with his final draw. This gave the Scots a 9-5 lead and they held on to win 9-8.

Scotland now sit at the top of the table on six wins and no losses.

After the game, their skip Bruce Mouat said, “Our earlier wins were so good that it was eventually bound to happen that we have a close game. I’m glad it did in case it happens later in the week — we’ll know how to deal with it.”

He added, “This is the last Championship before the Olympics and we’re trying to get everything we can out of another Championship experience. They’re really good events to focus on.”

Defending champions Sweden beat Germany by 9-6 in this session.

Hosts Norway were up against Czech Republic. The teams were tied at 3-3 at the fifth-end break, then, the Czechs made a break-through with a score of three points in the sixth end for a 6-3 lead.

However, Norway responded in the seventh end when skip Steffen Walstad played a delicate double tap-up to the button to score two points and reduce the Czech lead to 6-5.

In the ninth end, Czech skip Lukas Klima scored two points to lead by 8-6. When Norway’s Walstad could not find a way to score the two points needed in the tenth end, the Czechs stole two more points for a 10-6 win.

Afterwards, a delighted Klima said, “It was a long game, up and down. We had a good end and then had bad mistakes, so it was like an emotional roller-coaster. We very much needed that win, so right now, I’m happy.”

Switzerland played Finland in this session in what was another tight game. The score was tied at 3-3 after a fifth end that saw Finnish skip Kalle Kiiskinen score two points with a double take-out of Swiss stones.

However, needing a score of two to tie the game in the tenth, Kiiskenen’s stone rolled too far meaning that Finland could only score one point from this end, to lose by 6-5.

Italy set up their victory against Netherlands in the first end, when skip Joel Retornaz had an open hit-and-stay to score four points. Netherlands never recovered from this blow and eventually lost by 4-10.

After the game, Italy’s Retornaz said, “We’re very pleased about that, there was only one game today, so it was important to win this one, not only for the ranking but also for the mood.”

Looking to the overall qualification situation, he said, “We know we need to win every game from now on if we want to keep our hopes of going to the play-offs.”

Italy are one of the five teams now sitting in joint third place – Czech Republic, Denmark, Norway, and Switzerland as well as the Italians. Meanwhile, on just one win each, Finland and Netherlands are currently in the relegation positions.