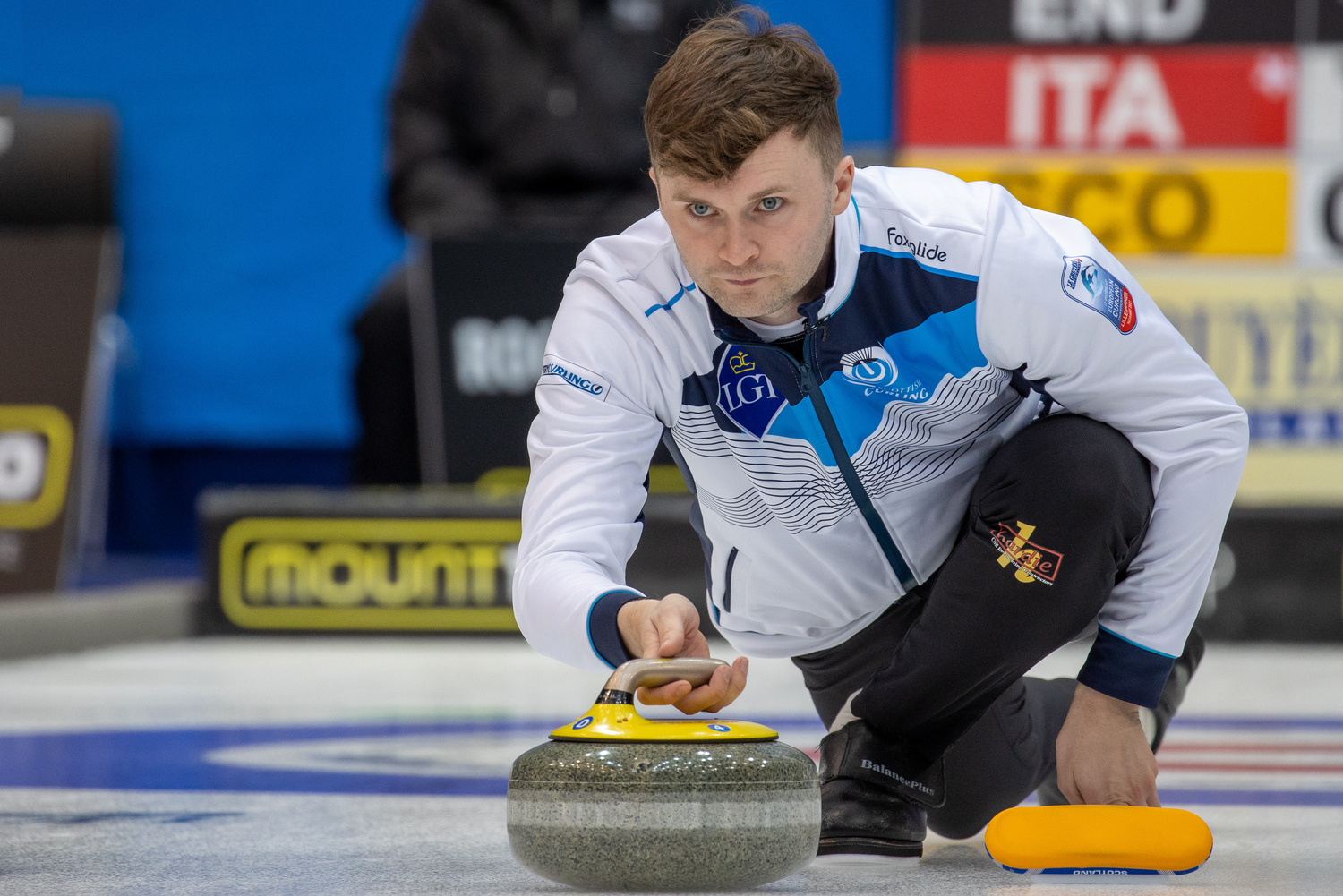 After Sunday (21 November) evening’s third men’s round-robin session of the Le Gruyère AOP European Curling Championships 2021 in Lillehammer, Norway, Scotland sit alone at the top of the rankings, as the only undefeated team.

Scotland faced Italy and trailed by a single point after the first end, but then recovered from this set-back with a score of three points in the second end.

Before this session, Czech Republic shared the lead with Scotland and Norway.

Germany defeated Czech Republic in a tight game, by 9-8, when their skip Sixten Totzek played his last draw of the tenth end inside a Czech counter and scored one point needed for the win.

Norway were also undefeated when they came onto the ice for this session to play Denmark.

This was a back-and-forth game with the lead changing hands throughout.

The Danes looked to be in control after they scored three points in the seventh end for a 5-3 lead. But Norway fought back, causing Danish skip Mikkel Krause to clear out all the stones sitting in the house to blank the tenth end, with the score level at 5-5.

The Danes had last-stone advantage in this extra end and eventually Denmark’s Krause drew inside two Norwegian stones, onto the button, to score one point and take a 6-5 win.

After what was his team’s first win so far, Krause spoke about his choices in the tenth end, “I either had a very difficult draw, with the second option of blanking and going for the extra end. We had a rough sixth end, so getting three in the seventh end was huge.”

At the other end of the table, Switzerland faced Netherlands, with both teams still looking for their first win.

However, a further two-point score in the fourth end for Switzerland and a blank fifth end gave the Swiss a 4-2 half-time lead.  After this, Switzerland dominated the second half to emerge as 8-3 winners.

Reflecting on what was his team’s first win so far, Switzerland skip Peter De Cruz said, “Starting with hammer was the difference there — it’s a big thing. In the first two games we didn’t start with hammer and our opponents played well, we struggled to figure out the ice.  Our understanding of the ice has improved and maybe also the attitude of the team. We can only look forward now and put the rest behind us.”

Defending champions Sweden chalked up their second win, with a 7-1 victory over Finland in just six ends.

The Swedes opened with a single point in the first end and then produced single-point steals in each of the next three ends to take a 4-0 lead.

In the sixth end, already leading by 4-1, Sweden’s skip Niklas Edin played a perfectly-judged delicate draw to score three points and take a 7-1 lead, after which Finland conceded.

Swedish skip, Edin said, “We’ve struggled a little with the ice conditions. They’re good but not as consistent as they will be later in the week. We struggled with rock placement, also with confidence in our shot-making, so we had a few silly errors. But we’ve got to be happy with two wins now. I feel we’ve got something big coming, so hopefully we can play really well in the Europeans and I feel that we can play well in what is to come.”