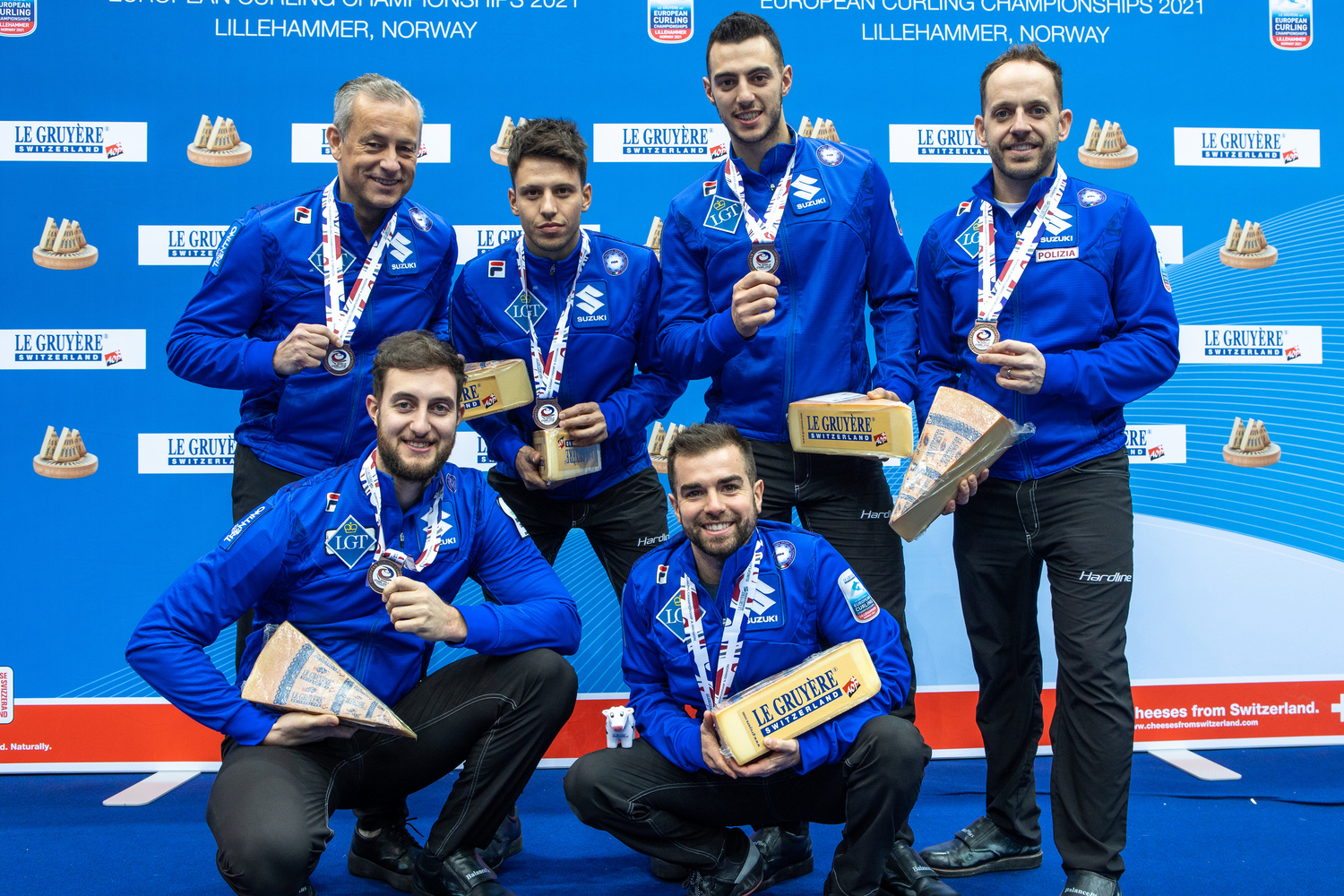 Italy opened with last-stone advantage and used it in the first end when their skip Joel Retornaz played a controlled tap-back on a Norway stone. After an umpire’s measure, two points were registered on the board for Italy.

Norway responded with a single point in the second end through an open draw into the house by their skip Steffen Walstad.

The Italians increased their lead in the third end, scoring three points when Retornaz played another controlled tap-out. It meant that Italy led by 5-1 after three ends.

In the fourth end, Norway’s Walstad played a hit across the house and managed to keep his own stone in place to score two points and reduce Italy’s lead to 5-3.

In the fifth end, Italy’s Retornaz played a hit-and-stay that produced another score of three points, as Italy took an 8-3 lead into the half-way break.

After the break, Italy increased their lead to 9-3 with a single-point steal in the sixth end. Then, in the seventh end, Norway’s Walstad had a complete miss on an attempted take-out to give Italy another one-point steal. By this point, Italy was leading the game by 10-3.

The teams played out the eighth end and, as soon as Norway’s Walstad drew his final stone into position to score one, he turned to congratulate the Italians on their 10-4 victory.

After what is his second European bronze medal (he last took bronze in 2018), Retornaz said, “We came here to win a medal for ourselves and for our country, so we’re happy we achieved this.  We’re super proud of the performance and I’m proud of myself and my team.”

About the game itself, he added, “It felt like we had complete control. We’ve been performing very well in the last few days. Usually, we go down in performance when the tournament goes on, but it didn’t happen this time. We were getting better and better, performing very well and we knew we could win this one.”