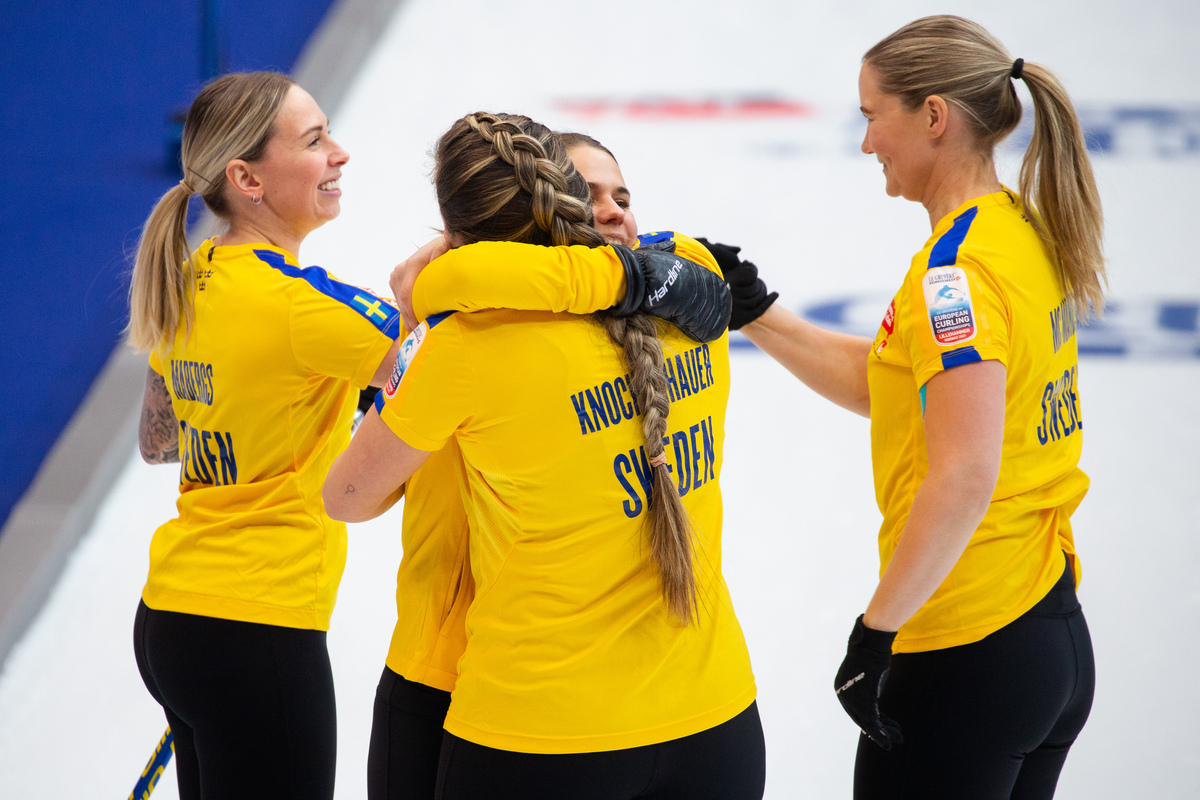 Russia opened the scoring with one point in the first end. In the second end, Sweden’s skip Anna Hasselborg made a draw onto the button inside a Russian stone already sitting in the house, to score one point and level the game at 1-1.

In the third end, Russia’s skip Alina Kovaleva played a double take-out with her last stone to score another single point and re-take the lead in the game, at 2-1.

In the fourth end, Sweden had last-stone advantage again and this time their skip Hasselborg just misjudged a tap attempt to score two points, and her stone rolled too far. It meant that the Swedes had to settle for just one point to level the score again, at 2-2.

Russia blanked the fifth end and made a break-through in the sixth end when Kovaleva was able to draw her last stone into position to score two points and take a 4-2 lead.

Sweden blanked the seventh end. In the eighth end, Russia’s Kovaleva played a raise take-out with her last stone of the end, that forced Sweden to blank this end as they looked for a big score.

In the ninth end, Sweden levelled the game at 4-4 when their skip Hasselborg drew into the house to score two points.

In the tenth end, Hasselborg played an angle raise take-out of a Russian stone and left her own sitting behind cover. Russia’s Kovaleva then attempted a double take-out, but one of the Swedish stones jammed on the other one on the way out. It left one Swedish stone in scoring position.

This single-point steal gave Sweden a 5-4 win. Sweden now go on to play the winner of the second semi-final between table-toppers Scotland and Germany for gold medals on Saturday afternoon.

Russia will play the loser of that game for bronze medals on Friday evening.

After the game, Sweden skip Anna Hasselborg said, “This was a battle for sure. They started with hammer, so we knew that it was going to be a tight game. We wanted to have a hammer in the tenth, but this one was ours, so we’re lucky to have it.”

And thinking about the end of the game, she added, “When she threw her shot – it’s out of your control. I thought she would make it, she makes a lot of those and she’s a really good player, so, yes…we came out lucky.”