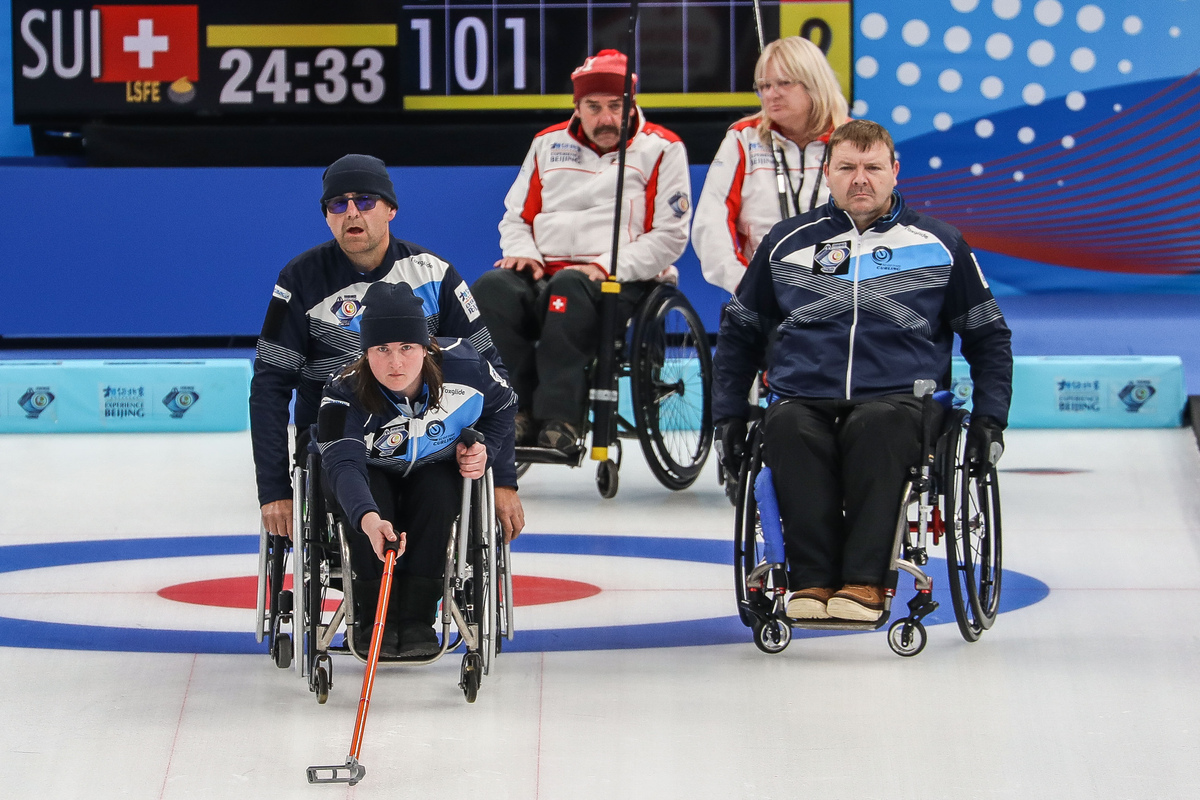 Both Norway and Italy were looking for their second win of the competition in this evening’s match-up.

Norway made a big move towards this goal in the first end, scoring three points, but Italy responded with two points of their own in the second end.

Norway responded with two points of their own in the third end, making the score 5-2 in their favour.

In the fourth end, Norway stole a further two points, after Italy fourth player Paolo Ioratti came up short with his last stone.

Italy bounced back after the break, scoring two points in the fifth end, but in the sixth end, Norway scored four points, after which Italy conceded defeat with the final score, 11-4.

After the game, Norway third player, Ole Fredrik Syversen said “It was a good game for us. We have good flow in the team. We took three in the first end, so after that we tried to play safe and do what we can do. I think we made a good game plan today. Many games left, and we believe in the team, we are a strong team, we are coming back.”

Scotland win over Switzerland in a hard-fought battle

Scotland was seeking their fourth win of the week, while Switzerland was looking to take their first win in this session.

Switzerland took a single point in the first end before Scotland responded with three points in the second end.

In the third end, Switzerland was only able to take a single point again, narrowing the gap between the teams.

In the fourth end, Scotland scored another two points, and then stole a further three points to make the score 8-2 after five ends.

Then, in the seventh end, Switzerland played an put a large number of stones in play, forcing Scotland skip and fourth player, Hugh Nibloe to attempt a double take-out with his last stone. His attempt did not succeed, and this gave Switzerland a steal of four points to reduce their deficit to one point.

Scotland went into the eighth end leading by 8-7 with the last stone advantage. Scotland controlled that end with precise stone-placement that resulted in a score of three points and a 11-7 victory.

After the game, Scotland skip Hugh Nibloe said “We were in control and we sort of let things go in seven. Luckily, we got back on the horse for the last end and got through it, so it’s good to get our second win of the day. It’s one game at a time, it’s boring but it’s drilled into us.”

In the third end, China stole a single point, as Latvia fourth player, Agris Lasmans missed his take-out attempt on the sole China counter in the house.

In the fifth end, with the game tied, China capitalised on having the hammer and scored two further points, they then forced Latvia to take a single point in the sixth end.

China led the game 4-3 going into the seventh end, when they scored three more points, extending their lead. In the eighth end, China ran Latvia out of stones, with the final score 7-3.

RCF took a flying start to their game against Slovakia. In the first end, Slovakia skip, Radoslav Duris faced five RCF counters with his last stone. He was unsuccessful with his draw attempt, which resulted in a five-point steal for the reigning world champions.

RCF stole another point in the second end and three further points in the third end for an early 9-0 lead.

Slovakia got on the board in the fourth end, scoring two points and narrowing the gap between the teams.

In the fifth end, RCF skip, Konstantin Kurokhtin, was not successful with his raise attempt with his last stone, giving up a steal of three points.

RCF then played an excellent draw game in the sixth end, which resulted in another five points, after which Slovakia conceded defeat, with the final score, 14-5, to RCF.