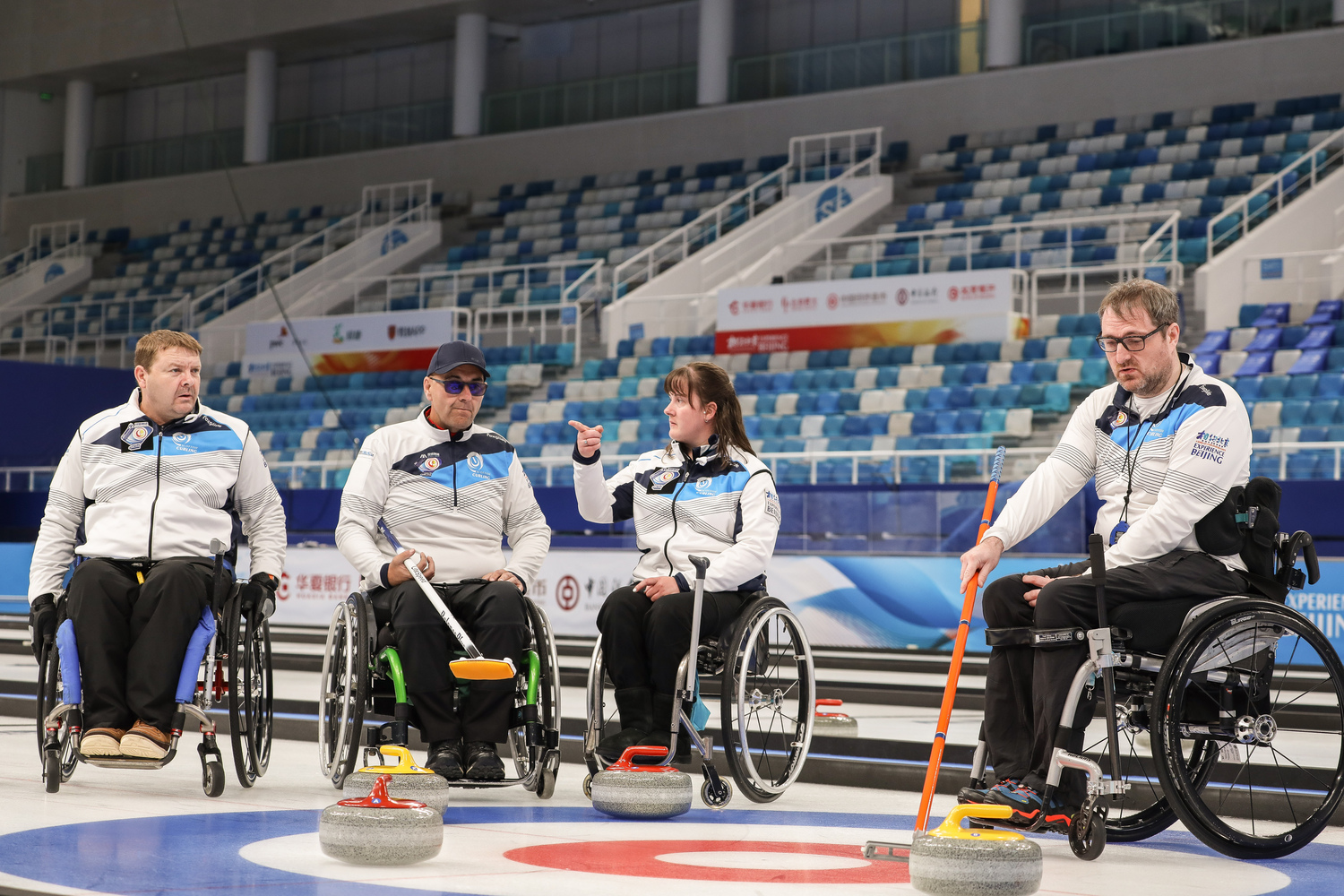 Scotland defeated Norway in the day’s opening session, by 6-4, with a single-point steal in the eighth end sealing their win.

Scotland opened the scoring with a steal of two points after Norway skip, Jostein Stordahl, was unable to convert a hit-and-roll attempt with his final stone of the first end when facing two Scottish counters.

Norway levelled the score in the second end, with two points of their own, before stealing single points in the third and fourth ends for a 4-2 lead at the break.

Scotland scored all the points in the second half of the game. A single point in the fifth end was followed by a steal of two points in the sixth end. Norway blanked the seventh end looking to control the hammer in the eighth end while trailing by a single point.

Afterwards, Nibloe said of his freeze, “I was nervous, but it’s one of those things, you play that shot at home so it’s you’ve just got to concentrate and know that you can do it. Thankfully for us it came off, so I’m happy.”

Nibloe then added, “We always enjoy playing Norway, we’ve played them a few times in competition during COVID. They’re a great team so it’s great to get the win.

“It’s one game at a time, we’re just trying to get enough wins to stay in the A-Division. Once, hopefully we get there, we can look at getting to the play-offs. It’s anybody’s game in the play-offs so it’d be great to get that.”

RCF began the defence of their World Title with an 8-2 victory over Latvia.

RCF opened the scoring in their game with single-point steals in both the first and second ends.

Latvia levelled the scoring with two points in the third end before RCF took control of the game.

In the fourth end, RCF scored a single point, before stealing two points in the fifth end, then three points in the sixth end. Latvia then conceded the game to give RCF the 8-2 win.

Italy marked their first appearance in a World Wheelchair Championship since 2012 with an extra-end victory over Switzerland, by 7-5.

Switzerland raced out to a 4-0 lead at the break after steals of one point in both the first and second ends, then a steal of two points in the fourth end.

After their difficult start to the game, Italy opened the second half with a score of three points, then followed that with single-point steals in the sixth and seventh ends.

The eighth end saw Switzerland get four scoring stones into position before Italian fourth player, Egidio Marchese played a precise draw to the four-foot ring, to leave Switzerland sitting with one shot stone. Switzerland skip, Eric Decorvet, was then unable to get his final stone into scoring position, only scoring a single point and taking the game to an extra end.

In the extra end, Italy were left with an open hit with Marchese’s final stone to give them a score of two points and the 7-5 victory.

Italian skip, Angela Menardi said after their win, “Now I’m feeling very good. Before I was afraid because we lost against Switzerland in Lohja. In the extra end, we went just step-by-step, one stone at a time. Our primary aim is not to be relegated to the B, and secondly, we would like to qualify for the Paralympics.”

Hosts China, began their week with a confident 8-4 victory over Slovakia.

Scoring two points in the first and third ends gave China a 4-3 lead going into the fourth-end break. Putting a further two points on the board in the fifth end, followed by a steal of two points in the sixth end, were enough for China to win their opening game on home ice.