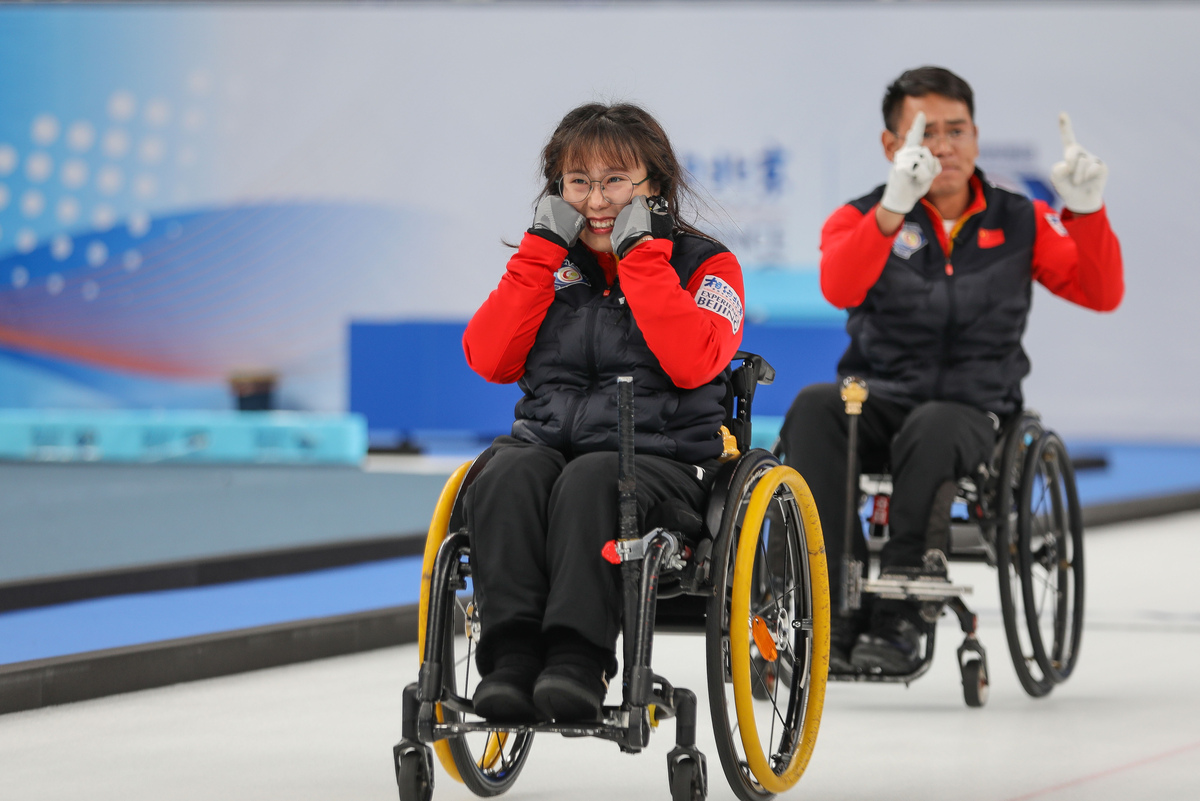 The final day of the Kuntai World Wheelchair Curling Championship 2021, taking place in the Ice Cube in Beijing, China concluded with the Gold Medal final between China and Sweden.

China opened the scoring with a single point in the first end. Sweden blanked the second end.

In the third end, Sweden skip Viljo Petersson-Dahl rolled too far with his shooter with his last take-out stone to give up a steal of one point. As Sweden blanked the fourth end, the teams went into the half-time break with China leading, 2-0.

Sweden — skipped by Viljo Petersson-Dahl, with third Ronny Persson, second Mats-Ola Engborg, lead Kristina Ulander and with support from alternate Sabina Johansson and coach Alison Kreviazuk — put their first point on the board in the fifth end, then stole single points in both the sixth and seventh ends to take a 3-2 lead.

In the eighth end, China skip Wang Haitao was forced to play a difficult raise double take-out to attempt to clear the Swedish counter in the four-foot ring. Wang was able to move the Swedish stone enough to sit shot stone, score one point and take the game to an extra end.

In that extra end, a wall of stones was erected in front of the house, defending the lone Swedish counter. Then with his final shot, Wang promoted one of the Chinese guards, into the four-foot ring and removed the Swedish stone.

With the final shot of the game, Sweden’s skip Petersson-Dahl attempted to promote a stone of his own back into scoring position, but was slightly off target, instead, moving a second Chinese stone into the house, giving China a steal of two points, the 5-3 win and the World Championship title.

After the game, Sweden skip, Viljo Petersson-Dahl said “Right now it feels like we lost the gold. Last time we met China in the bronze game and it felt like we won a medal. This time we lost one. So, it equals out I think. I’m super proud of my team and we played as good as we can I think. A little bit unlucky with my last guard and that’s why we didn’t win.”

During the medal ceremony, Norway’s Ole Fredrik Syversen was presented with the World Curling Federation’s Wheelchair Sportsmanship Award, which was voted for by his fellow competitors.

The award is given to the individual who, in the view of their fellow athletes, best exemplifies the traditional values of skill, honesty, fair play, sportsmanship and friendship during a world championship.