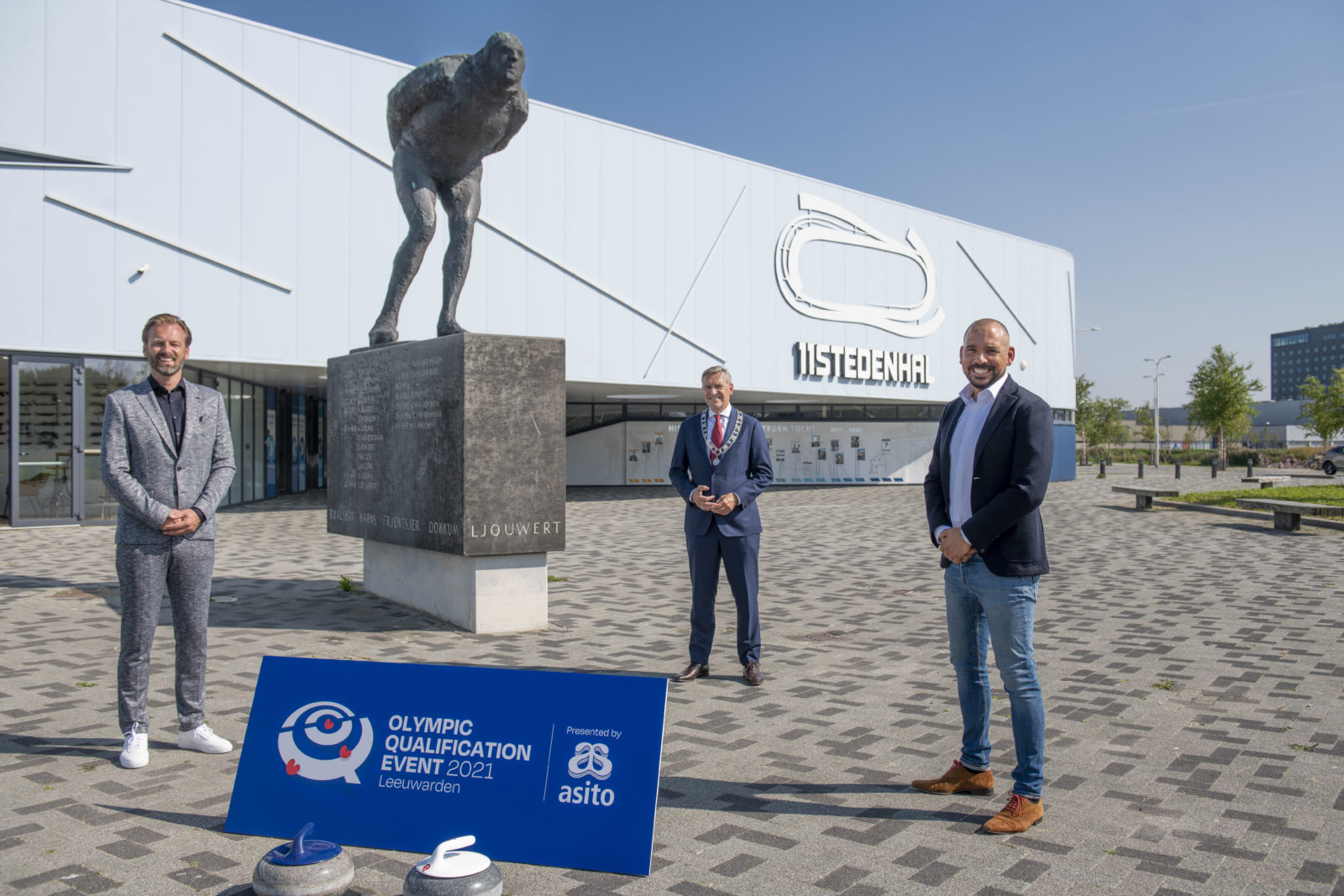 The final places at the Beijing 2022 Olympic Winter Games will be up for grabs in Leeuwarden, Netherlands this December as the city plays host to the Olympic Qualification Event 2021.

This is the third edition of this event and first time the Netherlands will host an international curling competition. Previous editions of this event took place in Fuessen, Germany in 2013 and Pilsen, Czech Republic in 2017.

The event will take place in Leeuwarden’s iconic skating venue, the Elfstedenhal, a 1,000 capacity speed skating rink opened to the public in 2015, that contains ice hockey halls and dedicated curling ice in the central area of the 400-metre long speed skating track.

World Curling Federation President, Kate Caithness said: “We are delighted to be taking this very important Olympic Qualification Event 2021 to the Netherlands where every competing team will have high aspirations of securing the final places for next year’s Beijing Olympic Winter Games.

“It is our hope that this will also be a catalyst to showcase our sport and grow the participation for both the women and mixed doubles in this part of the world to join the Dutch men’s team who regularly compete on the International Stage”.

Mayor of Leeuwarden, Sybrand Buma, said: “We are extremely pleased that this global qualifying tournament is being held in Leeuwarden. Worldwide there will be a lot of attention, especially from countries such as Canada and the United States where the curling sport is extremely popular. A first for the Netherlands and a nice addition to the already rich Frisian history on the ice.”

The Olympic Qualification Event 2021 has been brought to Leeuwarden with the support of sponsor, Asito.

“It is great that this important international tournament is being held in a country where this sport is becoming more and more popular,” said Asito general manager Bob Mols. “For the Netherlands it is a stepping-stone to a new national winter sport. We are happy to be part of this process and are proud that after five years of being the main sponsor of the Dutch team, we can now also make this wonderful tournament possible.”

The line-up for this championship will feature 11 teams who earned a place from their ranking at the World Mixed Doubles Curling Championship in 2021, while the remaining places will feature the top three teams to qualify from the Pre-Olympic Qualification Event 2021 taking place in Erzurum, Turkey from 5–8 October.

Seven places for this championship were determined from the rankings at the World Women’s and World Men’s Championships in 2021. The final places will feature the top two teams from the Pre-Olympic Qualification Event 2021 women’s and men’s competitions taking place from 10–15 October.

More information on the Olympic qualification process can be found here.

Engage with the World Curling Federation in the lead up to the Olympic Qualification Event 2021 on Twitter, Instagram, Facebook and Weibo and by searching the hashtags #OQE2021 #Roadto2022 #curling