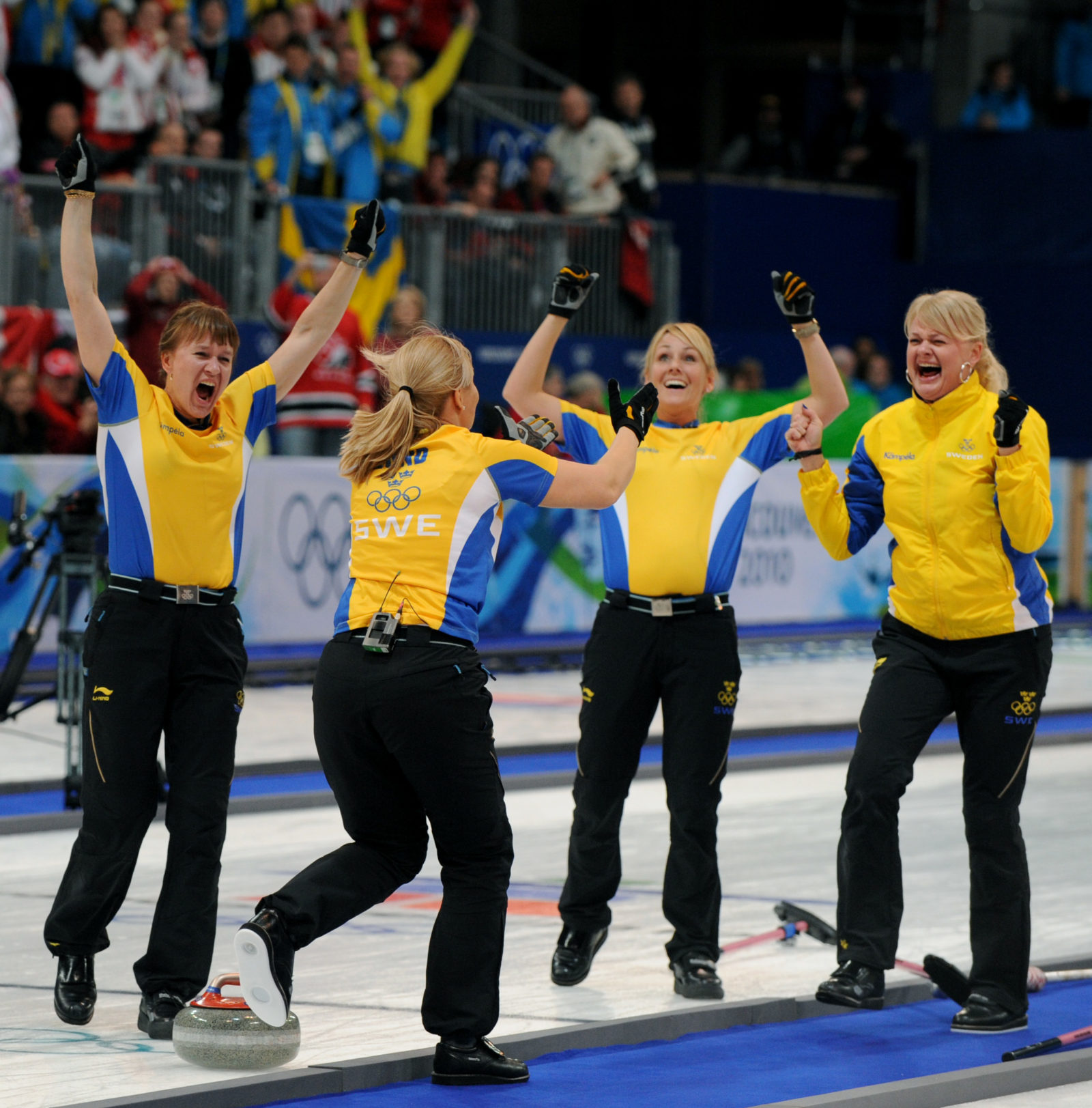 World Curling Federation President, Kate Caithness said: “I’d like to extend my sincere congratulations to our World Curling Hall of Fame 2021 inductees. Their contribution to our sport both on the ice in competition and behind the scenes to develop and grow curling around the world cannot be underestimated. They are worthy recipients of the highest honour we can bestow.

“I look forward to having the opportunity to present each of them with the Elmer Freytag award, as well as our 2019 inductee, Scotland’s Mike Thompson and the full 2020 class of inductees: Sweden’s Team Elisabet Gustafson; Canada’s Gordon Craig; and Sweden’s Leif Öhman.”

The winning streak began with the European Curling Championships where they won gold in three consecutive years — 2003, ‘04, ‘05 — and once again in 2007. The team went on to win their first World Women’s Curling Championship in 2005 in Paisley, Scotland and successfully defended their title in 2006 in Grande Prairie, Canada.

At the Olympic Winter Games 2006 in Turin, the foursome defeated Switzerland in the gold medal game to win Sweden’s first Olympic gold medal in curling. Then, at the Vancouver Olympics in 2010, they became the first team to win back-to-back Olympic Games when they stole the win in an extra end against Canada.

Sparkes won his first provincial curling title in 1958, while still in high school in his home town of Claresholm, Alberta. From those beginnings, he embarked on an illustrious curling career that would span 30 years and two provinces, Alberta and British Columbia.

After moving to British Columbia in 1971, Sparkes played on eight provincial championship teams, six of which he skipped. His last Brier appearance was in 1987 when he was edged out in the Brier final by Ontario’s Russ Howard.

Johannes Jensen started curling in 1978 at a small club in Østerbro, which is in the center of Copenhagen. Following a move to Tårnby in 1980, Johannes joined a club known as “KTISF” where ice hockey, ice skating and curling were played in an arena.


Johannes was one of the founding members of the Tårnby Curling Club, which was established in 1985, and he was elected President of the club in 1987, a position he still holds today.

His journey to get Denmark its first dedicated curling rink began in 1996. The actual building permit was issued on 18 August 1998 and the new five-sheet Tårnby Curling Club was completed and ready for use on 1 April 2000.

Once the club was open, Johannes believed in the concept “that any curler is welcome and they are part of the Tårnby curling family” and he truly believes in “the spirit of curling”. Throughout the years he has invited many different countries – who are not so fortunate as to have their own dedicated curling ice – to come and practice for free at the rink. In addition to inviting expat curlers to enjoy the facility, the club has hosted 16 World Curling Federation events.

The Tårnby club now has 400 members and hosts the biggest Danish tournament – Tårnby Cup – where 38 teams from 14 different countries compete. Over the years the club has done so well internationally that it was agreed by the municipality that the rink could extend by two more sheets, which means the rink will be the biggest in Denmark.

For all their dedication and hard work, the club and its members have received nine Danish awards for dedication, leader skills, team result and upcoming talent. Johannes has won local leadership award twice and was also awarded the Medal of Honor from the Danish Curling Association.