Youth versus experience: Two contrasting skips at the World Championship 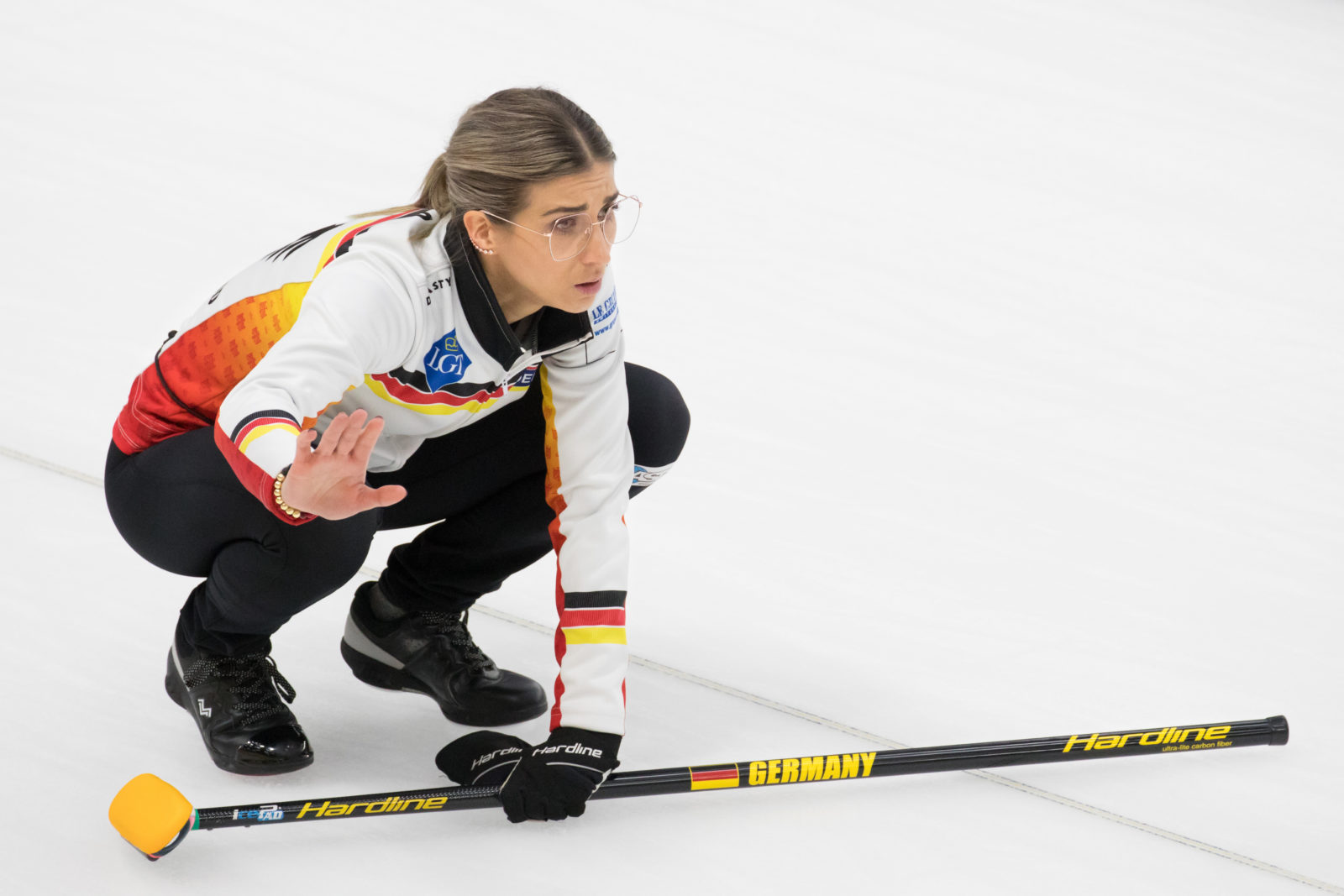 The World Women’s Curling Championship has seen an array of countries, cultures and curling talents brought together for an elite-standard competition.

Within the ranks of each team there are varying levels of experience – from budding stars to veteran leaders, each individual has earned the right to represent their country on the world stage.

At the helm of every team there is a skip, a crucial position in the success of any side and one that requires both authority and tactical acumen.

For China, that role is filled by the rising star that is Han Yu, who is playing in her first ever World Championship. At just 20-years-old, she is the youngest skip in the competition.

At the other end of the spectrum is Germany’s Daniela Jentsch, a 39-year-old playing in her seventh World Championship, earning the accolade of the competition’s most senior skip.

Both women shoulder the responsibility and expectations that come with leading a national side, but for Jentsch, dealing with that onus to perform has become second nature – something that will only come with time for Han.

In 2019, when Han was still a teenager, she was named as China’s skip for the Pacific-Asia Championships.

The decision was a testament to her outstanding performances as a junior, though even Han herself was shocked by her promotion to the skip role.

With her selection alone impressive enough, China then went on to clinch a memorable gold in the competition, beating Japan in the final – a that moment Han looks back on with fondness.

“Yes [it is the highlight of my career], it was also the first adult championship I played, before that I had only played at junior level,” Han pointed out.

“I was pretty surprised when the head coach told me in a conversation that I was going to be the skip. I just knew I could play at the Pacific-Asia Championship, then, but had no idea about being the skip.”

Now leading China at the World Championship, Han has shrugged off the added pressure and is concentrated solely on her development and relishing the competition.

“[It will be] exciting and enjoyable,” she remarked. “Though I’m young I won’t be scared. This is a start to help me grow and I will cherish this great chance to experience and improve.”

The youngster has remained level-headed about China’s chances at the competition, and called on her teammates to avoid basic errors to give themselves every chance of success.

“As this is the first time for me to play World Championship, I didn’t set a very high target for final ranking,” she admitted.

“My goal is to show the level of daily training, focus on each game and each shot. Since we don’t have enough experience, we can’t make simple mistakes.”

Han faces some of curling’s most elite skips at the World Championship, and she is keen to observe their play and make improvements to her own game.

“They are very experienced and have played lots of high-level games, so they are good at catching most chances of the key shots, [they are] mentally strong and stable,” she noted. “I need to learn to calm down at key moments.”

Whether it be at this year tournament or in the many that are surely to come, Han has dreams of securing medals at the World Championship.

Canada’s Rachel Homan has achieved exactly that, winning bronze, silver and gold medals at the World Championships, and she is someone that Han admires greatly within the sport.

“I think she shows the playing style like a great general, seldom nervous or in rush whatever situations she faces, which also sets an example for me,” she added.

Six months before Han was born in October 2000, Jentsch was representing Germany in her first World Championship.

Although she played at third rather than skip that year, Jentsch was just 18 years old and admitted that the experience was incredibly demanding at such a young age.

“I feel very old now!” she joked. “To be honest I don’t remember much from that World Championship.

“It was simply overwhelming and looking back it was certainly a situation I would’ve needed more advice from people that have played there before on what to expect.”

Despite being thrown in at the deep end all those years ago, Jentsch has been a massive success story for German curling, with this year her seventh World Championship, matching her tally of European Championship appearances.

Reflecting on her experiences 21 years ago, the veteran detailed the advice that she would give to a young skip like Han, insisting every moment should be savoured.

“My advice would’ve been to get all the information you could get on what it’s like to play in a World Championship, to enjoy every moment, embrace the challenge and trust the progress,” she explained.

“I have certainly learned to enjoy the moment and soak up the atmosphere.

“It’s a great privilege to compete at such a level and instead of feeling the pressure, I’m now feeling the honor of being Team Germany.”

Jentsch went on to detail the pressures that come with being the skip of a national team and expressed how accepting defeat is equally as crucial as any skill in elite sport.

“The challenge certainly is, or was for me, that I had to grow up very quickly,” she recalled.

“All of a sudden, you’re leading your team in an international event, representing your country and reading your name in the press.

“You start feeling very responsible for everything and coming from a country where winning a medal was not on the daily agenda you feel extra pressure to prove you can do it.

“What I had to learn over all these years was that losing is part of the progress and as painful as it might be on some days it’s part of the game.”

Although she accepts that her vast knowledge and longevity is of huge benefit to her team, Jentsch assured that experience is not necessarily a critical asset.

“Experience certainly helps leading a team but there are many great young players out there that show that it’s not generally needed,” she noted.

“For us it might be true because it’s mostly just the five of us but for other nations you can have a young team with an experienced coaching staff and it works great too.”

After turning 39 in January, Jentsch would be forgiven for looking to wind down her playing career, but she rejected any talk of retirement, instead laying out several targets she aims to tick off in the coming years.

“Retiring sounds really scary since I still feel like I just got out of juniors,” she said. “Making it to the Olympics is for sure still on my list. Retiring anytime soon isn’t.

“If it’s up to me I’d like to keep going until Milan 2026 but I’m also my toughest critic and if I feel I’m not good enough anymore I might retire before, who knows.

“Right now, I still have the feeling I can improve a little every day and I’m enjoying working with my team.”

After being such a dependable skip for Germany over the years, whenever Jentsch decides to call it quits on her playing career she will be sorely missed – though she insisted she has plenty more to give before that day comes.

“Whatever it will be in the end, it will be in our sport,” she asserted. “So you’re not getting rid of me just yet. I still believe that the best is yet to come.”