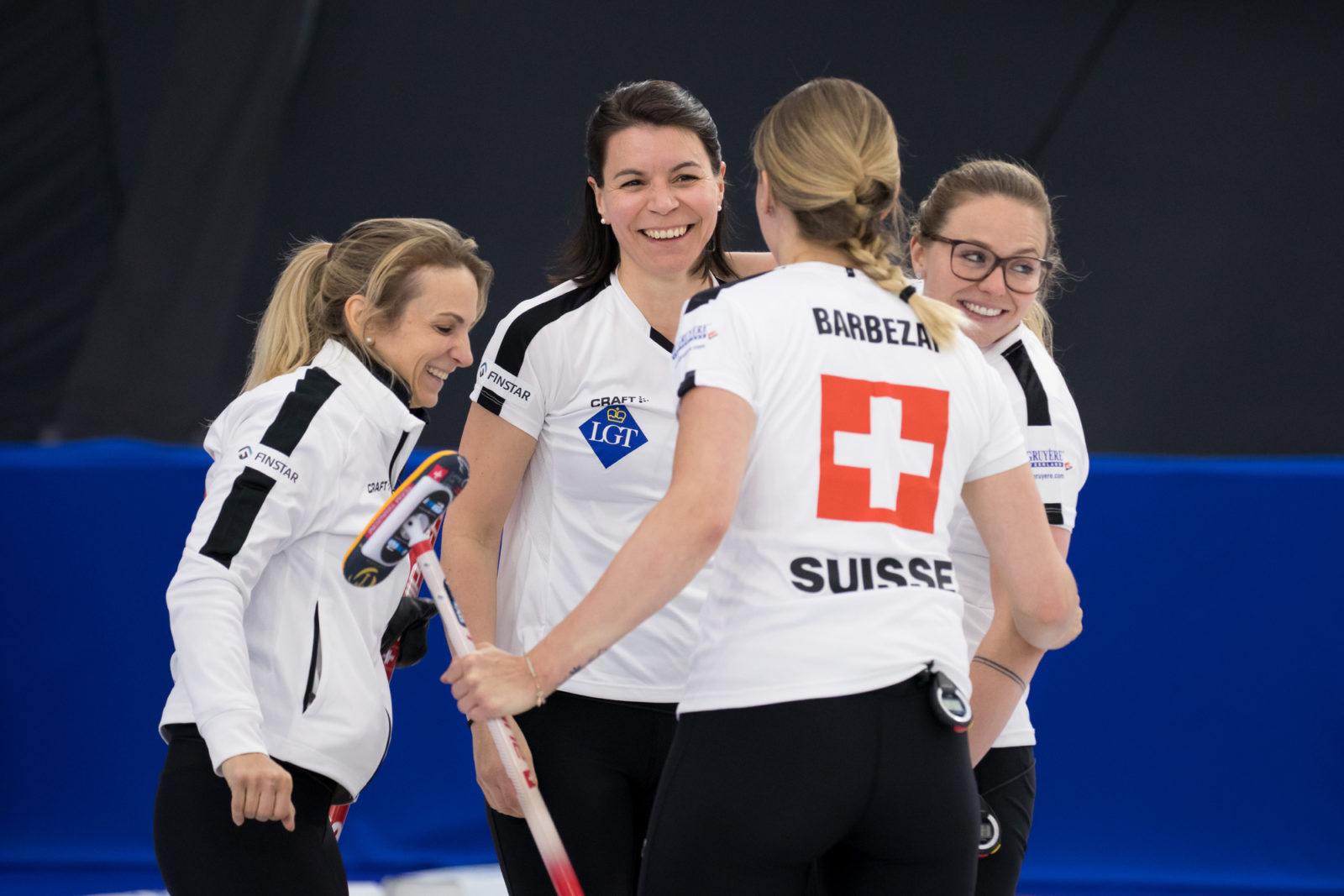 Defending champions, Switzerland faced United States in the first semi-final of the LGT World Women’s Curling Championship 2021 in the WinSport Arena at Canada Olympic Park in Calgary on Saturday (8 May) afternoon.

Switzerland was forced to open the scoring in the first end when Switzerland’s fourth player, Alina Paetz played a hit-and-stay for a single point.

In the second end, Paetz played a double take-out with her last stone to force United States’ skip, Tabitha Peterson to play a hit for an attempt at two points. However, Peterson’s shooter rolled out of the house, only giving United States a score of one point.

Switzerland sat two counters in the fourth end, when Peterson played a precise draw to the four-foot ring for the forced score of one point.

After a great runback by Peterson with her last stone,  Switzerland threw their final stone away to blank the end and take a 3-2 lead into the fifth end break.

In the sixth end, with their last stone advantage, Switzerland was once again forced to take one point, by playing a tap to promote one of their stones onto the button to increase their lead to 4-2.

With two Swiss counters in the four-foot ring, Peterson attempted a double take-out with her final stone of the seventh end but clipped a stone in the 12-foot ring to give up a steal of two points and extend Switzerland’s lead, to 6-2.

In the eighth end, Peterson hit an open Swiss stone but rolled out into the 12-foot ring, only scoring a single point from the end.

With the last stone in the ninth end, Swiss fourth player Alina Paetz played a hit and roll for the single point. After which, United States conceded with the score 7-3 to Switzerland.

Switzerland will now progress to the gold medal final where they will have the opportunity to defend the title they won in Silkeborg, Denmark in 2019, while United States will compete for the bronze medals.

Speaking after their win, skip Silvana Tirinzoni said: “It’s amazing, you know. We have been playing very well the whole week, but it’s still an important game and you never know if you can perform the same way that you have done all week.

“The first few ends were a little shaky, but we finally got into a routine, then enjoyed the game. First we’re going to enjoy this one a little bit, then we’ll prepare and hopefully be ready for RCF or Sweden.”