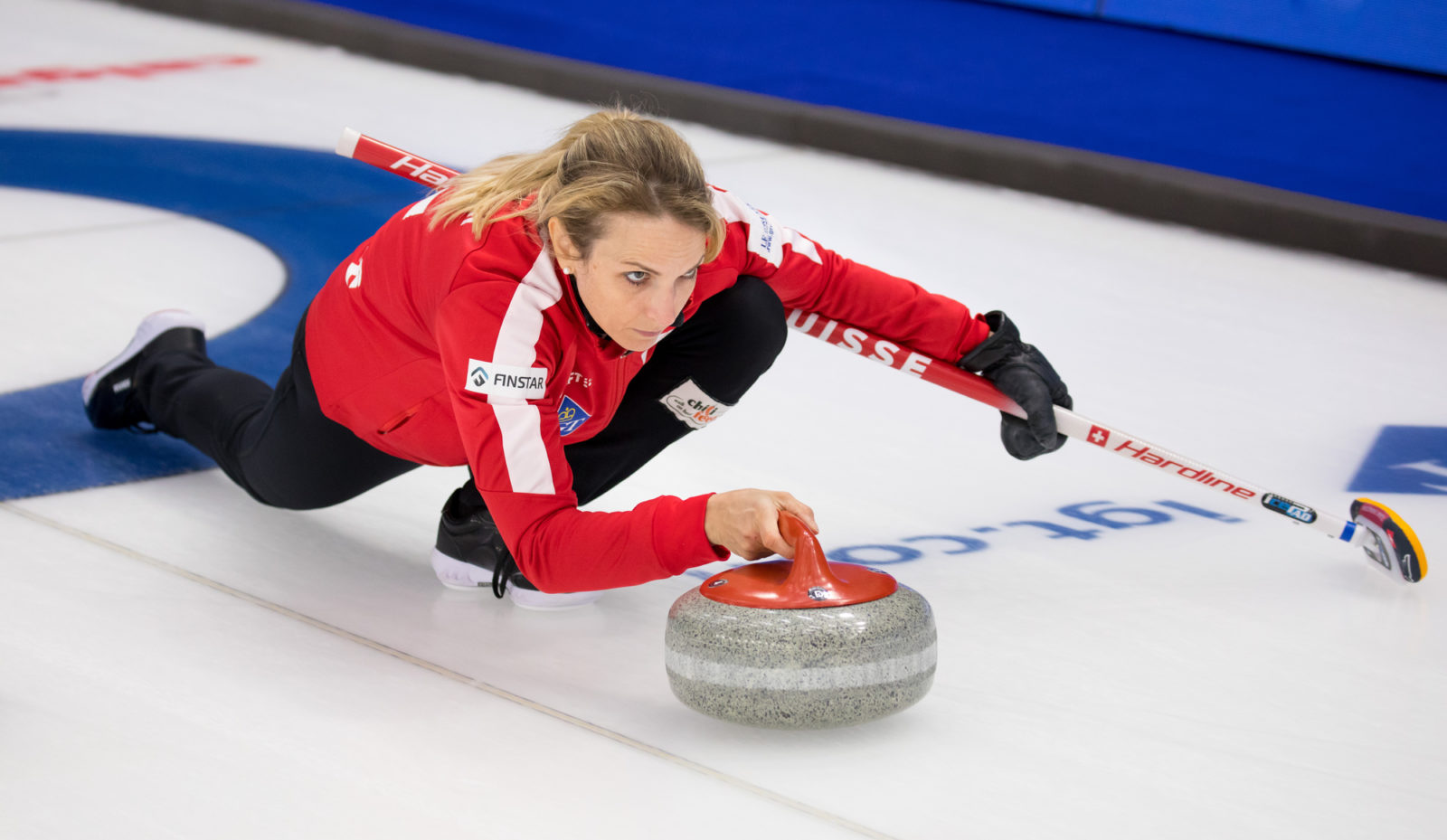 Switzerland continued their unbeaten run in Sunday evening’s ninth session of round-robin play at the LGT World Women’s Curling Championship 2021 in the WinSport Arena at Canada’s Olympic Park in Calgary.

In just seven ends, Switzerland defeated Denmark, by 13-4, to move to second in the table behind RCF. Both teams remain unbeaten, while RCF have played one game more.

Switzerland opened the scoring with a draw to the button for two points in the first end. A further score of two points after a precise tap of a Danish stone in the fourth end, followed by a single point steal in the fifth end gave them a 5-2 lead at the break.

In the seventh end, Switzerland achieved a rare feat in international curling, when they scored an 8-ender after the Danes were unable to judge their draw weight to bury a stone in the house, and instead left Swiss fourth player, Alina Paetz, with a draw to the eight foot for the 8-ender and the 13-4 win.

Congratulations to Switzerland’s Team Tirinzoni on scoring an 8-ender at the #WWCC2021! 🇨🇭 🤯 pic.twitter.com/y1TBgz7eW1

“It was a close game until the seventh actually,” said Switzerland skip, Silvana Tirinzoni when thinking back on their win. “We were always a little bit ahead, then they were fighting back so it was a very close game. Then the plan was to blank the seventh, but after a few rocks we knew that wasn’t going to happen, then we went for it and it turned out very well.”

China faced a Swedish side looking to keep their unbeaten run going. China were forced to draw for a single through a tight port, while facing two Swedish shot stones in the first end. Then in the third end, China’s skip Han Yu played a precise draw to the button for two points with her final stone.

China were able to force Sweden to score individual points when they didn’t hold the hammer, then score multiple points in the ends they had the last shot advantage.

Sweden scored two points in the ninth end to give themselves an opportunity to level the game, though would require a steal of two points to achieve that. However, China played a solid final end, before running Sweden out of stones for the 7-5 win.

China skip, Han Yu said afterwards on their strategy for the game, “We had to focus on our own shots and wait for our chance to be offensive. It was very exciting, and a little nervous, but we didn’t panic, and we aren’t scared to play against the best teams. We just focused on our own shots.”

In the other games of the session, Japan defeated Czech Republic, 9-2, in seven ends helped by a steal of four points in the fourth end, when Czech Republic skip Anna Kubeskova was light with her final draw.

The final game of the session saw, Korea defeat Italy in a tight game, 7-6. Both teams had won their first game of the championship in the afternoon session. The teams traded scores and with the last stone advantage in the tenth end, Korea played an angled runback to score two points and record their second win of the day.