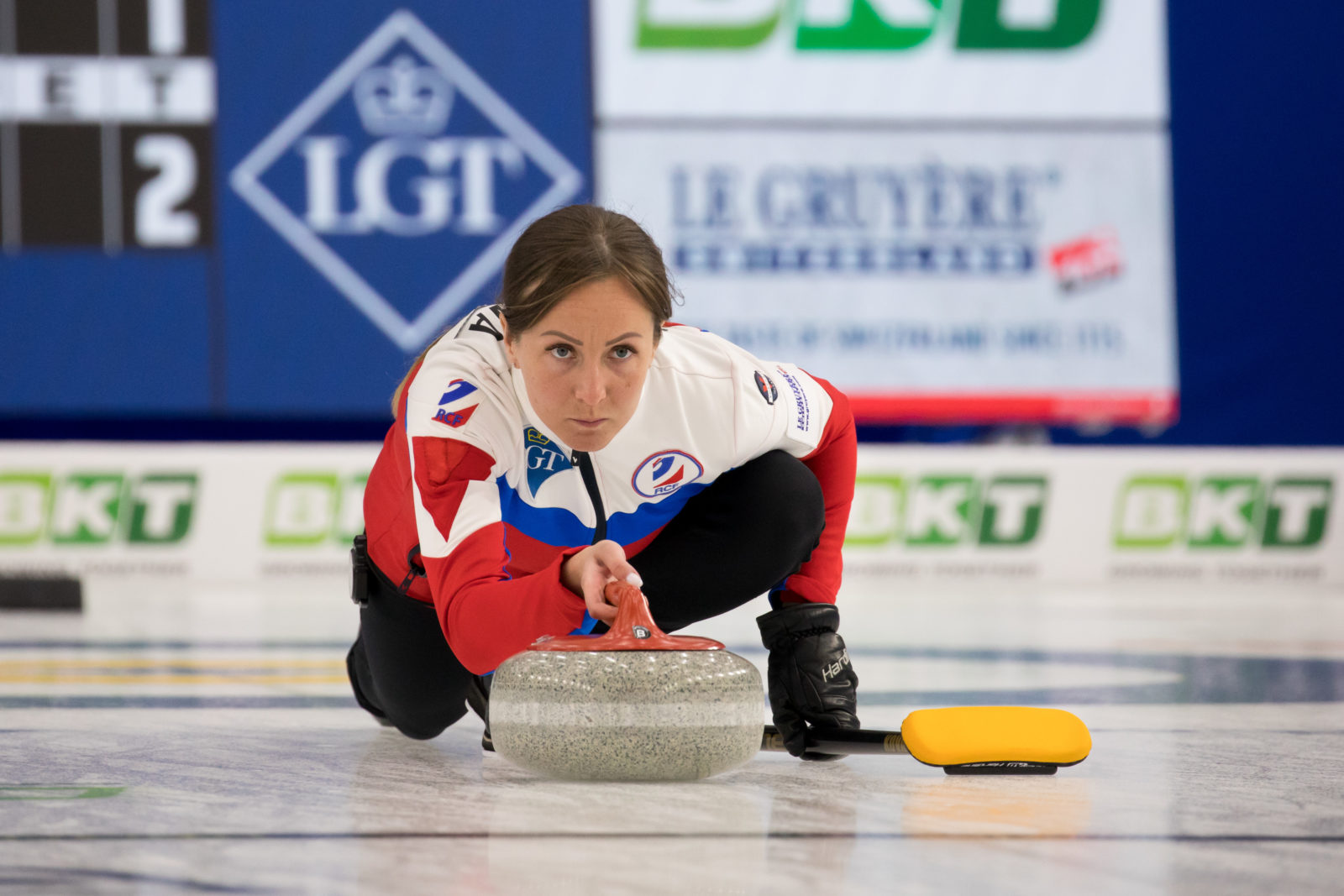 The fifth round-robin session of the LGT World Women’s Championship took place on Saturday afternoon. Wins for RCF, Sweden and Switzerland saw them join Scotland – who sat out this session – in a four-way tie with three wins and no losses.

RCF were up against Italy and opened with a single point in the first end. Italy then scored two in the second and stole one more in the third to take a 3-1 lead, but scores of three in both the fourth and sixth ends gave RCF a 7-4 lead.

In the seventh end, Italy’s skip Stefania Constantini had a draw for one point to reduce the RCF advantage to 7-5, but RCF went on to win by 8-5 when they ran Italy out of stones in the tenth end.

“We struggled a bit in the beginning, but the second part we found our game and started to make easy shots,” said RCF second Galina Arsenkina. “I think we should really focus on our start. We try not to expect anything, we just go to each game like it’s the only one and we do our best every game.”

Olympic champions Sweden faced Denmark in this session. The Danes opened with a score of one in the first end, but Sweden took control in the second with a score of three points. In the fifth end, Sweden moved onto a 4-2 lead when their skip Anna Hasselborg tapped in one of her own stones to score one. In the ninth end, Hasselborg had an open nose-hit to score four points and win, 9-3.

Hosts Canada were up against defending champions Switzerland. Canada held a 4-3 lead at the halfway break when Switzerland’s fourth player Alina Paetz was forced to draw for just one point in the fifth end. However, in the eighth end, thanks to a precise triple take-out, Paetz was able to score three points with her final draw to give her team a 6-5 lead.

Switzerland then moved onto an 8-5 lead in the ninth end, when Canada’s skip Kerri Einarson rolled out with a final hit, giving up a steal of two. The Swiss went run Canada out of stones in the tenth, to complete their 8-5 win.

In the final game of the session, Czech Republic held a 5-3 lead at the fifth-end break against Estonia. But the Estonians fought back, taking the game to the last stone. With Estonia leading by 7-6, Czech skip Anna Kubeskova played a draw to the four-foot with her last stone of the tenth end to score two points and win by 8-7.

“It was a very difficult game,” said Czech Republic skip Anna Kubeskova. “We struggled a little bit with the ice and we made a couple of mistakes that made the game very tight until the very last stone. We made really good shots in the second half of the last end so I think that made the difference.”