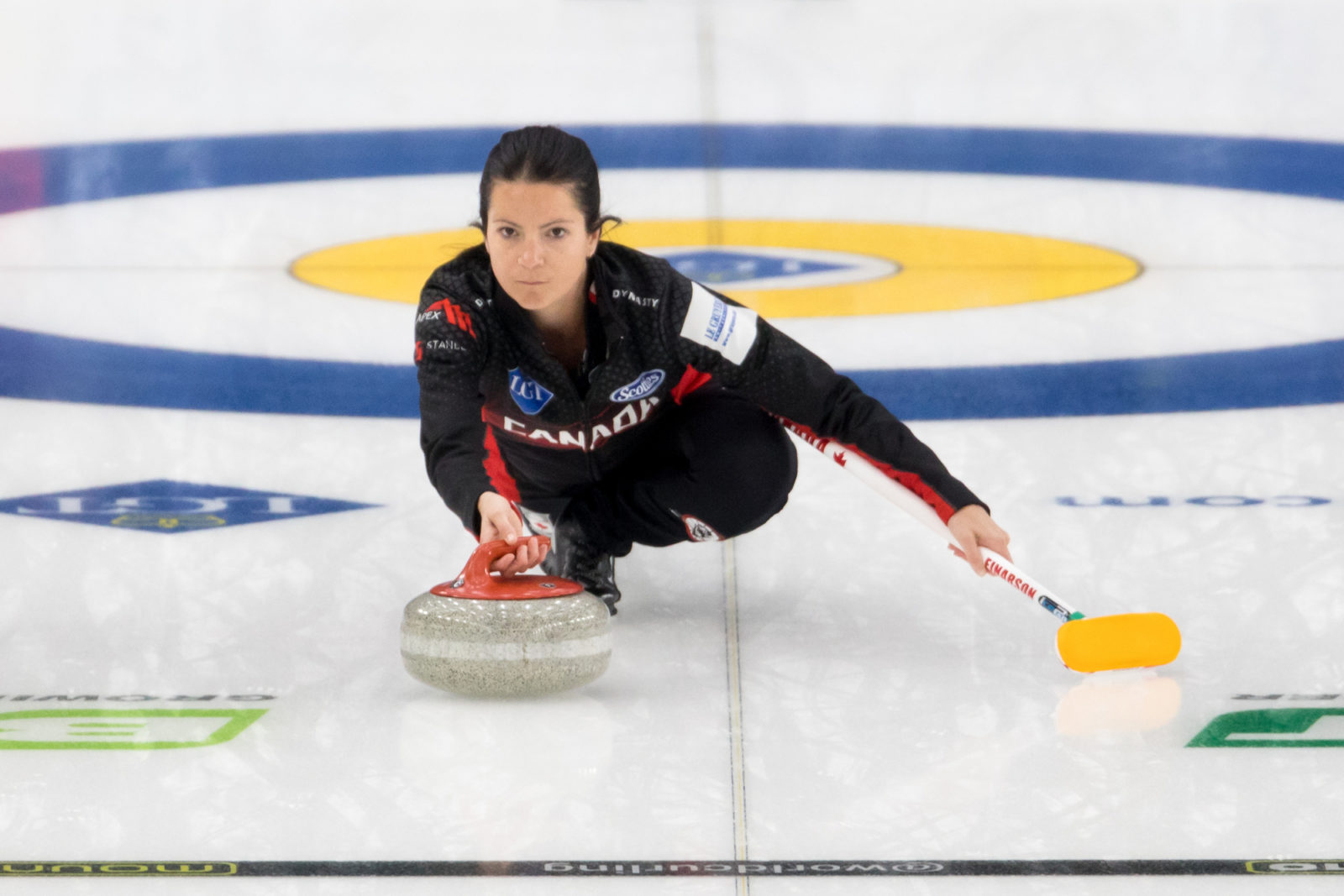 After Canada blanked the opening end, Canadian skip, Kerri Einarson played a hit with her final stone of the second end to score three points and take an early lead.

Einarson was left with an open draw with her final stone of the fourth end for another score of three points to extend Canada’s lead to 6-1.

Then, in the seventh end, Einarson played a double take-out with her final stone for a score of two points and the 9-2 victory, ending the opening day with one win and one loss.

It was very important to come out with a good solid game and not let that loss this afternoon [to Sweden] get us down,” said Canada skip Kerri Einarson “We came out firing in this game. We got some rocks into really great spots and put some pressure on them.”

Germany rise to the challenge

Germany despite facing the challenge of only competing with three players, secured their first win of the championship with an 8-7 victory over United States.

United States opened the scoring after forcing single point steals in the first and second end, before Germany levelled the score at 2-2 with an open hit for two points in the third end.

Germany moved into the lead with a steal of two points in the fourth end, then a further steal of a single point in the fifth end.

United States levelled the score in the sixth end when skip, Tabitha Peterson played a tap on the sole German stone in the house for a score of three points.

After a measure in the eighth end gave Germany a score of two points and the 8-6 lead on their way to an 8-7 victory.

After getting their first win, Germany skip, Daniela Jentsch said: “We really enjoyed being out there and showing that we can do this with the three of us. I think everything that comes now is a massive bonus for us.”

Scotland and RCF pick up second wins of opening day

Scotland defeated Japan 10-5 to record their second win of the day and join Switzerland and RCF at the top of the rankings at the end of day one.

Despite Japan taking an early 2-1 lead after three ends, Scotland responded with four points over the next two ends. A further score of two points in the seventh end gave Scotland a 7-4 lead. Then a score of three points in the ninth end secured the victory, by 10-5.

In a close fought game, RCF trailed by two points going into the final end. In that tenth end, skip Alina Kovaleva played a triple take-out with the final stone of the game to score three points and record an 8-7 win over Korea. This win puts RCF at the top of the standings alongside Scotland and Switzerland after day one.