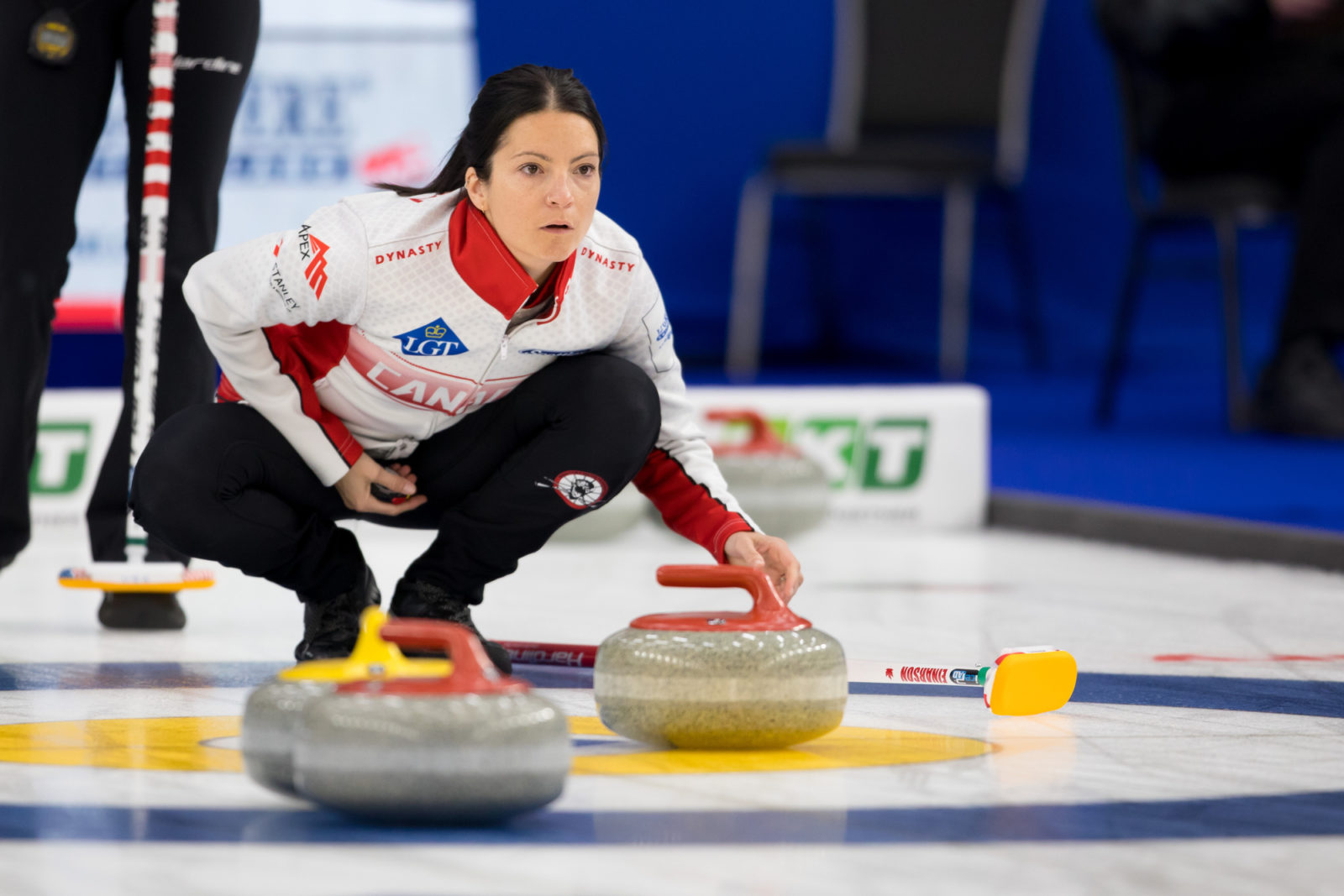 Despite not competing in the session, with the results going their way, both Canada and United States confirmed their places in the LGT World Women’s Curling Championship 2021 play-off stage and also secured a place for their National Olympic Committees in the Beijing 2022 Olympic Winter Games women’s event.

Both Canada and United States qualified with a record of seven wins and six losses. Korea also completed the round-robin stage with this record and Scotland will potentially end the round-robin stage with the same record. The head-to-head results within that group determined that neither Korea or Scotland could finish above Canada and United States in the rankings, as such could not receive the qualification places.

The rankings are determined based on the Team Ranking Procedure (Rule C9 iii) in the Rules of Curling and Rules of Competition which states:

The final placement of each team will be determined at the end of the round-robin stage after tonight’s rescheduled session seven games.

Sweden secured third place in the standings with their 9-5 win over Italy. Italy opened the scoring with a single point in the first end, then a steal of one point in the second end.

However, Sweden took control of the game with a score of four points in the third end. Then stole two points in the fourth end for a commanding 6-2 lead. Two more points in the seventh end, then a score of one point in the ninth end was enough for Sweden to record their ninth win of the week.

Sweden skip, Anna Hasselborg said after their win, “To play in a World Championship there are so many different things, because you’re playing so many games. It’s ups and downs, but I think overall it’s been a great week. We have had great games and really important wins, and some bad games in there but we learned throughout the week. That’s been the biggest key for us, learning and getting better.”

Switzerland defeated Germany, 8-3, in the session to end Germany’s hope of a play-off place and confirm a qualification place for Canada.

Switzerland opened the scoring with three points in the first end, then scores of two points in the third and sixth end put the game beyond Germany.

Korea finished their competition with their seventh win and in doing so confirmed the play-off place for United States.

Korea defeated Czech Republic, 7-4, and opened the scoring in the second end with two points.

Leading 4-1 at the fifth end break, Korea required a score of two points in the seventh end to take their lead to 6-2, then ultimately confirm their win.

In the session’s final game, Japan defeated Estonia, by 9-6. Trailing 5-6 going into the ninth end, Japan scored three points, then stole a single point in the tenth end for the win.

Teams with the same win-loss record are ordered alphabetically until the round-robin completes and final rankings are determined from the head-to-head results and Draw Shot Challenge score.