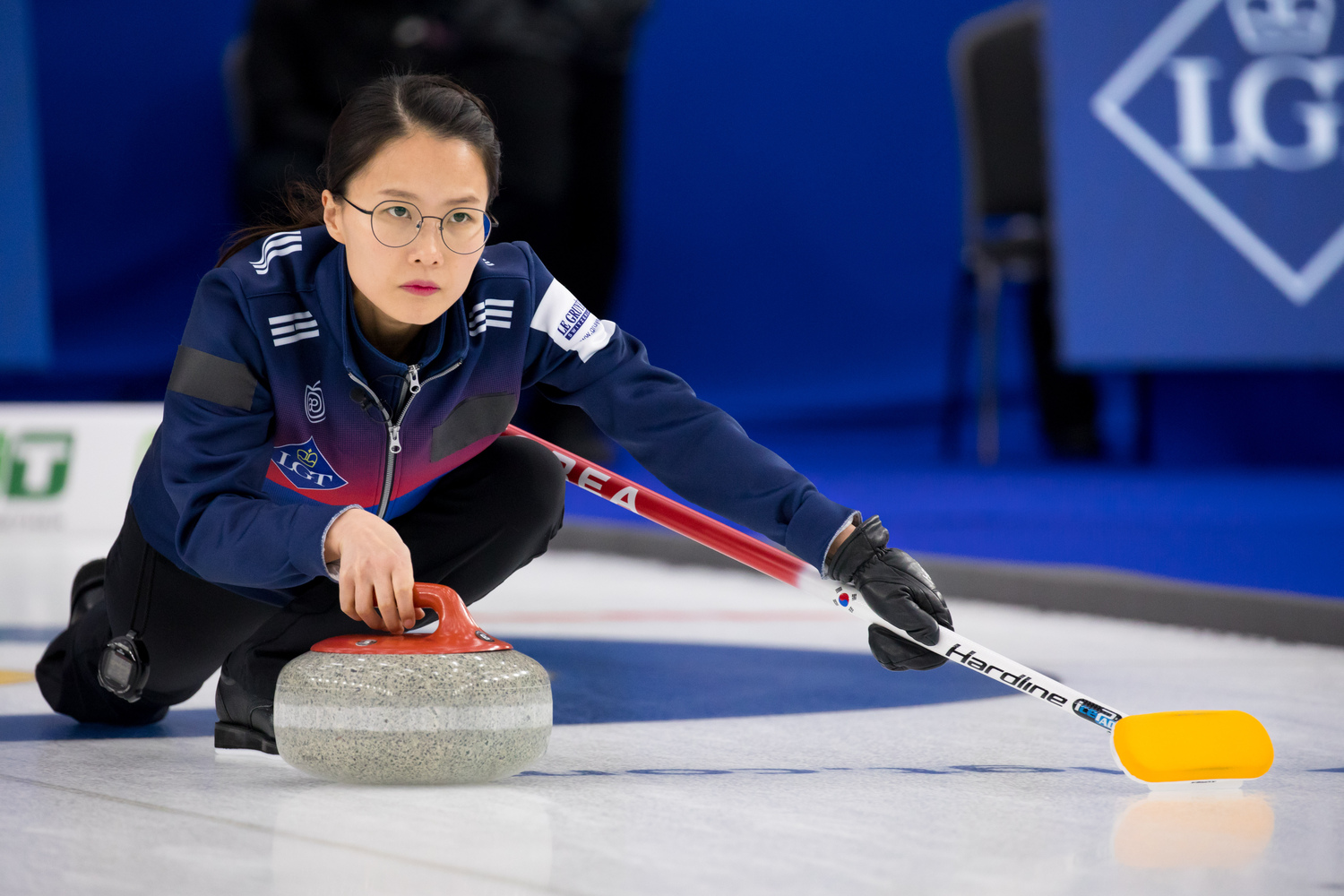 Day seven at the LGT World Women’s Curling Championship 2021 drew to a close with session 21 of the round-robin stage at the WinSport Arena at Canada Olympic Park in Calgary with seven teams all aiming to claim the remaining three play-off and Olympic spots.

Korea faced Sweden in a replay of the PyeongChang 2018 Olympic final, with the results going the other way this time with Korea coming out ahead, 8-6.

Korea only score in four of the game’s ten ends, but that was enough to take the win. They opened with two points in the first end, two more points in the third end, three points in the eighth end, then finally a single point in the tenth end.

Despite this, Sweden applied pressure throughout, though only stole once in the game. In the seventh end, Sweden sat six shot stones before Korea skip, EunJun Kim played a draw into ta house full of granite and was able to get her stone to the edge of the four foot, giving up a steal of two points, but keeping their chance to win the game alive.

RCF faced Scotland in the evening session, with Scotland looking for a win to secure their place in the play-offs. However, tonight was not their night as the lead changed hands six times.

Scotland opened the scoring with a single point in the first end, but RCF responded immediately with two points in the second end to take the lead.

Scotland retook the lead after scoring a single point in the third end, then stealing two points in the fourth end.

RCF took the lead again going into the fifth end break after scoring three points in the fifth end. They started the second half of the game with a steal of one point in the sixth end to extend their lead to 6-4.

Scotland replied with three points of their own in the seventh end, before the teams traded single points over the next two ends.

Then, in the tenth end, a score of two points by RCF with last stone advantage was enough for the win.

Galina Arsenkina, second player from RCF said afterwards, “That was a really tough game for us, so many up and down [ends]. We were trying to be focussed and keep playing and making good shots. That last end was a few mistakes from them and we got the opportunities, we just needed to wait and we did. It was our game today.”

Elsewhere in the session, China defeated Italy, 6-4, helped by a score of four points in the sixth end.

China skip, Yu Han, said afterwards, “The plan [tonight] was to be more offensive. We were a little bit relaxed but stayed focussed on our shots.”

In the session’s final game Denmark defeated Estonia 9-6 to keep their play-off and Olympic dream alive.