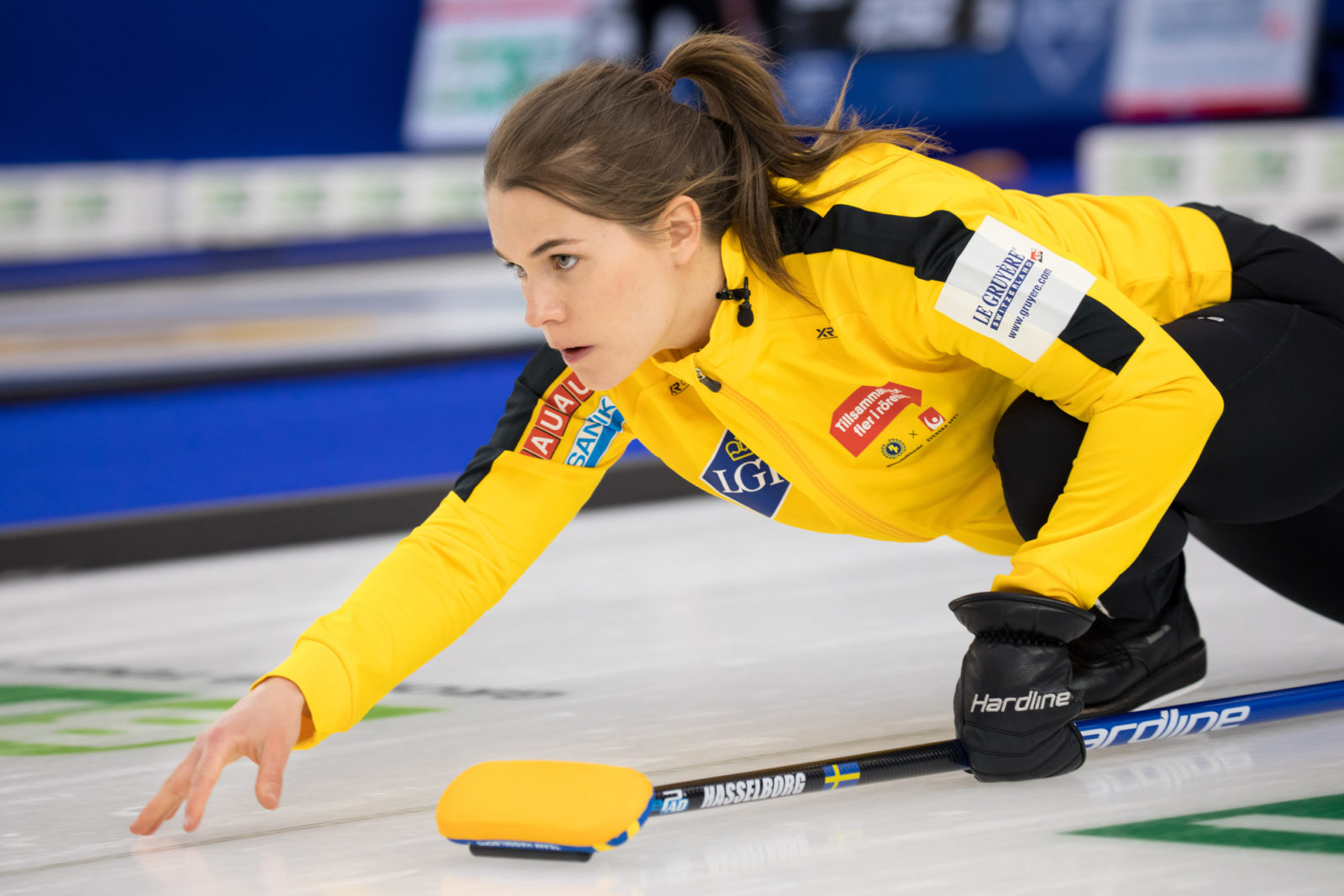 Olympic champions Sweden stole their way to a 6-5 victory over hosts Canada in their opening game of the LGT World Women’s Curling Championship 2021, at the WinSport Arena in Canada’s Olympic Park in Calgary on Friday afternoon.

Skip Kerri Einarson and her team made their debut in Canadian colours, opening their game with a score of two points in the first end. They moved into a 3-1 lead in the fourth end when Einarson played a nose-hit on a Swedish stone to score one point. A single-point steal for the Canadians in the fifth end added to their lead as they went into the break leading by 4-1.

In the sixth end, Sweden scored two points when their skip Anna Hasselborg played tight draw around a guard and tapped up her own stone to reduce Canada’s lead to 4-3.

By the ninth end, Canada led by 5-4, but they gave up a single point steal in this end when Einarson’s last stone wrecked on the way in. This meant the teams were tied at 5-5 going into the last end. Canada’s last draw in that end was inches too heavy and rolled through, giving Sweden another single point steal and a 6-5 win.

“I think [that win] really shows the team spirit out there,” says Sweden skip Anna Hasselborg. “I was not feeling the first couple of ends then it was great, the team said ‘just stick your head in’ and we kept our communication. So I definitely take the team spirit and communication from this win. That is something that definitely builds some confidence, that we can help each other get that win.”

Defending champions Switzerland, who had earlier beaten Korea in their opener, faced Italy in this session. The Swiss moved to the top of the rankings as they beat the Italians, by 9-2, in just six ends, scoring three points in the second end. Then, with a draw-shot by fourth player Alina Paetz, scored five points in the fifth end on the way to their win.

This result puts Switzerland at the top of the table, undefeated on two wins.

Estonia made a first-ever appearance at this level, when they faced China in their opener.

China were leading 2-1 in the third end when their skip, Han Yu, played a nose-hit to score three points and move on to a 5-1 lead.

China increased their lead in the sixth end, when their skip Han tapped out an Estonia stone at the back of the four-foot ring to score another three points and increase her team’s lead to 8-2. China went on to win by 10-3.

Japan open with a win

Denmark faced Japan as both teams opened their campaigns. The turning point in this game came in the fifth end when, with the score tied at 2-2, Japan’s skip Sayaka Yoshimura hit out a Danish stone to score four points and take a 6-2 lead into the break.

In the ninth end, Yoshimura had a nose-hit to score two points and take her team’s lead to 9-4. Denmark then conceded defeat.

Japan coach J.D. Lind says, “The first game is always a little bit tricky to figure out the ice so I think we’re really happy with how it went and it’s a good way to start out the competition. We want to try and get better as we go throughout the week. It’s their first time as this group at the World Championship so we don’t want to put too much pressure on ourselves but if we play our best we know we have a good shot at the play-offs.”