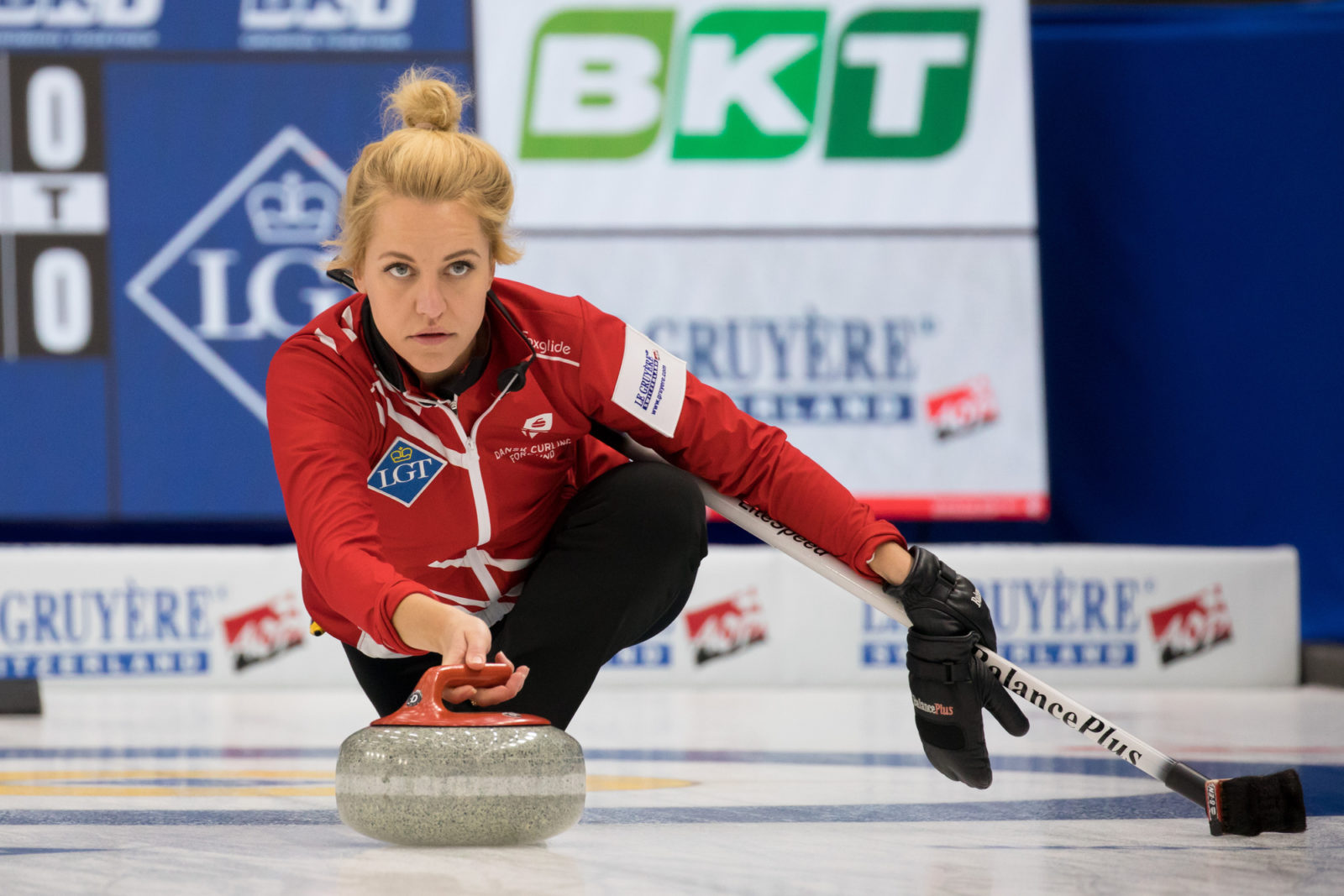 Denmark now have an unbeaten run that lasts four games at the LGT World Women’s Curling Championship 2021 at the WinSport Arena at Canada Olympic Park in Calgary after their win tonight over Italy, by 9-5.

Denmark started well, but gave up scores of two points in the third end and three points in the fifth end to go into the break 4-5 behind.

Then in the second half of the game, Denmark scored two points in the sixth end, before stealing single points in the seventh, eighth and ninth ends, before running Italy out of stones in the tenth end.

“We got off to such a flying start so maybe we all got a little… not too comfortable, just relaxed about five per cent too much and opened up the game which we should not have done,” said Denmark skip, Madeleine Dupont after their win “They started playing really, really well and not missing many shots. So, we had to, in the fifth end break, just reset everything and just start over, then the five last ends were really good.”

Scotland skip, Even Muirhead said afterwards: “It was a good game, they played well, they kept it very open and allowed themselves to score. We took advantage of a few half shots, but we also had a few half shots that gave them an in. But overall, we got a big steal of two in the eighth end and then managed to see out the game.”

Second win of the day for Germany

Germany blanked the opening end, before scoring on every end they held the last stone advantage from the second end onward.

In the tenth end, with the final stone, German skip Daniela Jentsch faced a China shot stone went she settled into the hack to play her last stone. Jentsch played a delicate draw to the back of the four-foot ring for the single point and their fifth win to keep their play-off hopes alive.

United States bounce back in style

United States came out firing in the evening session, stealing three points in the second end, then scoring two points in the fourth end before stealing a single point in the fifth end. Then in the seventh end, United States scored five points when skip Tabitha Peterson played a hit-and-stay with her final stone, after which Czech Republic conceded with the score, 11-3.