RCF take one step closer to play-off and Olympic qualification 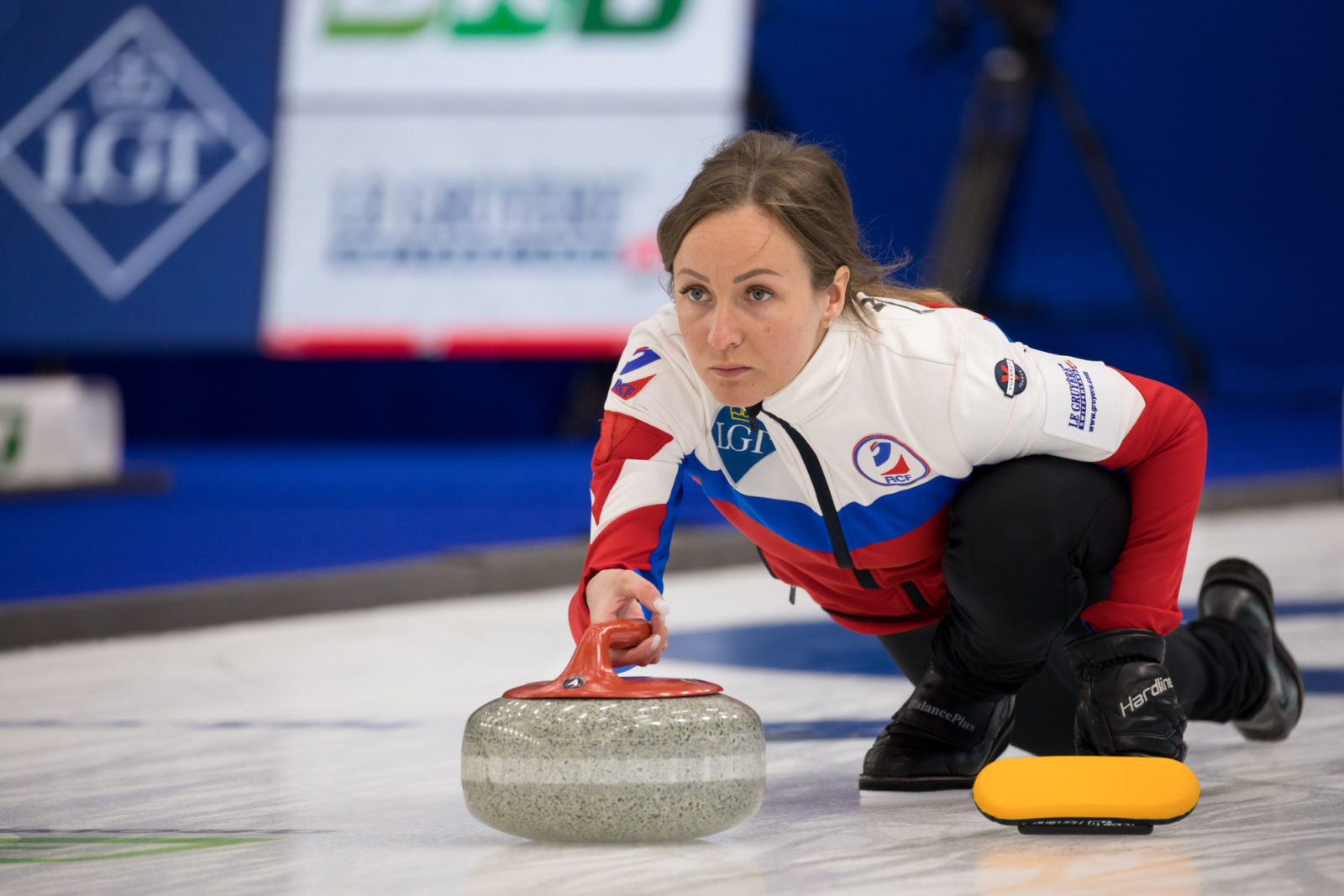 RCF took one more step towards the play-offs and Olympic Qualification when they defeated Sweden, by 10-8 in the morning session of day six at the LGT World Women’s Curling Championship 2021 in the WinSport Arena at Canada Olympic Park in Calgary.

In the fifth end, RCF scored five points after playing a raise take-out to take an 8-3 lead, however, Sweden responded immediately with a hit of their own in the sixth end to score four points and bring the game back to within one point.

RCF scored two points in the seventh end to give themselves a three-point lead. They then forced Sweden to a single point in the eighth end. To control the last stone advantage, RCF blanked the ninth end before running Sweden out of stones in the tenth end for the 10-8 win.

Galina Arsenkina, RCF second player, said: “It feels good to win, especially against such a great and strong team. But it’s not the end of our dreams, so we need to keep going. There were some crazy ends [against Sweden], but are still happy that we could keep going no matter what was on the scoreboards. We just enjoyed the game.”

Double extra-end in win for Germany 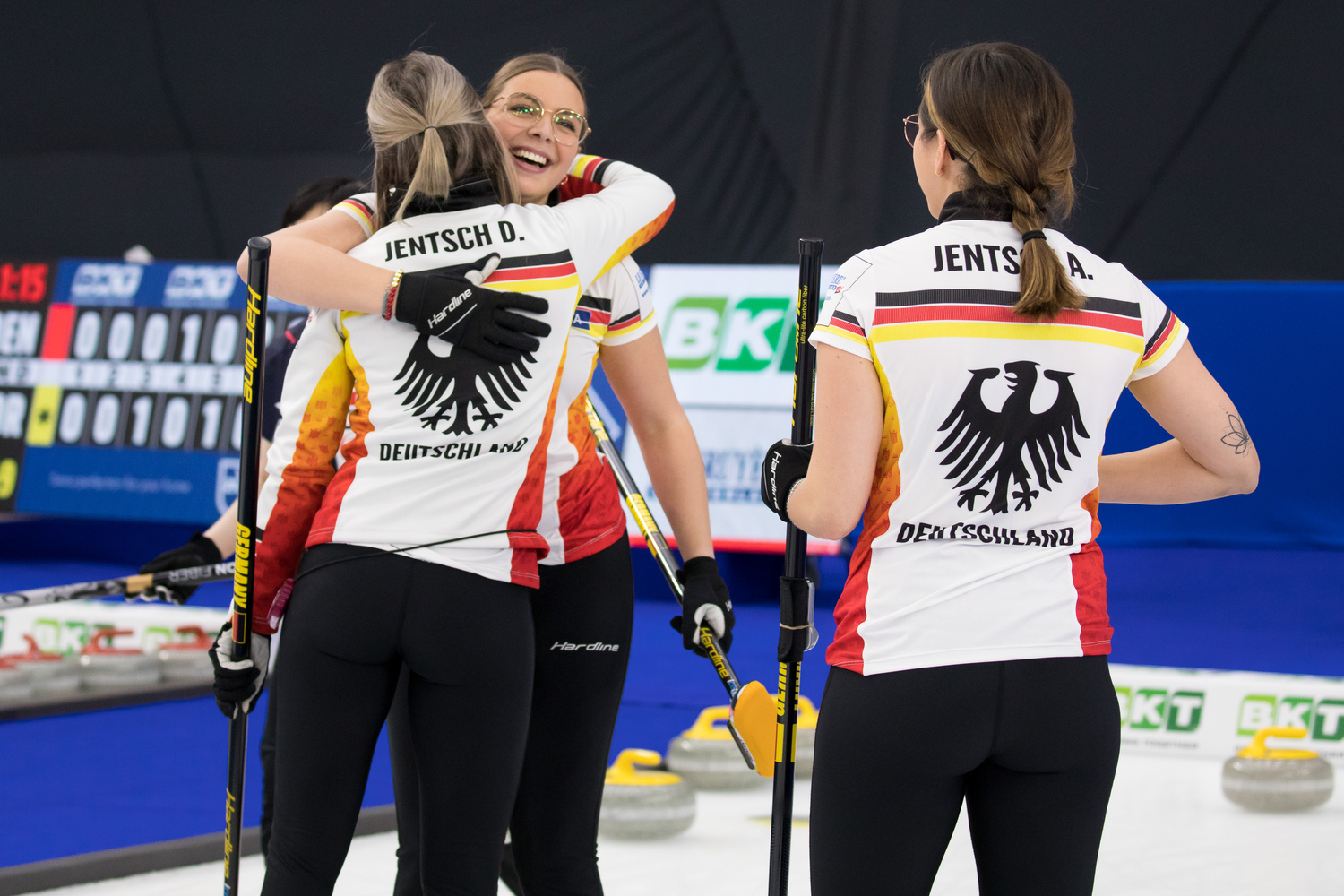 Germany went all the way to the final stone in a second extra end before they defeated Japan 7-6 for their fourth victory of the week.

In the first extra end, Germany skip played a double take-out while attempting to keep the shooter in play. Unfortunately for Jentsch, the shooter rolled out and one of the Japan shot stones spun towards the edge of the 12-foot and took a significant sweeping effort to remove it from scoring position.

Prior to the extra ends, Germany started the game slowly, scoring a single point in the second end, to trail 1-4 at the break. Their second half was more controlled, with a score of one point in the sixth, two points in the eighth and a steal of two points in the ninth end to take a 6-5 lead. A hit-and-stay on a German stone sitting in the four-foot gave Japan the single point to take the game to extra ends.

Afterwards, Germany skip, Daniela Jentsch said: “I just thought, this is how the week is going for us so far. I didn’t believe we would actually sweep it out, and I thought ‘here we go again’, but we were lucky… for once.

“What we can be proud of the most is that we can reset and start new, even if the games aren’t going our direction or other stuff isn’t working out how we planned it, we can’t say we show up and don’t fight every single game.”

Denmark defeated Korea, 6-4, in the morning session to keep their play-off and Olympic Qualification hopes alive.

The first half of the game was a tight, defensive game with two blanks and three single point scores. Denmark took control in the second half with a score of two points in the sixth end, then a steal of a single point in the seventh end. A further score of two points in the ninth end was enough for a Danish victory as Korea was unable to match their three-point score advantage in the tenth end.

Canada make it four in a row

Canada kept their winning streak alive with a 10-4 win over Estonia. The game was closer than the final score suggests, with the sides going into the break tied at 3-3. Canada began the second half with steals of one point in the sixth end, then two points in the seventh end. Then, in the ninth end, a score of four points for sealed the win for Canada to move them onto a record of five wins and five losses.