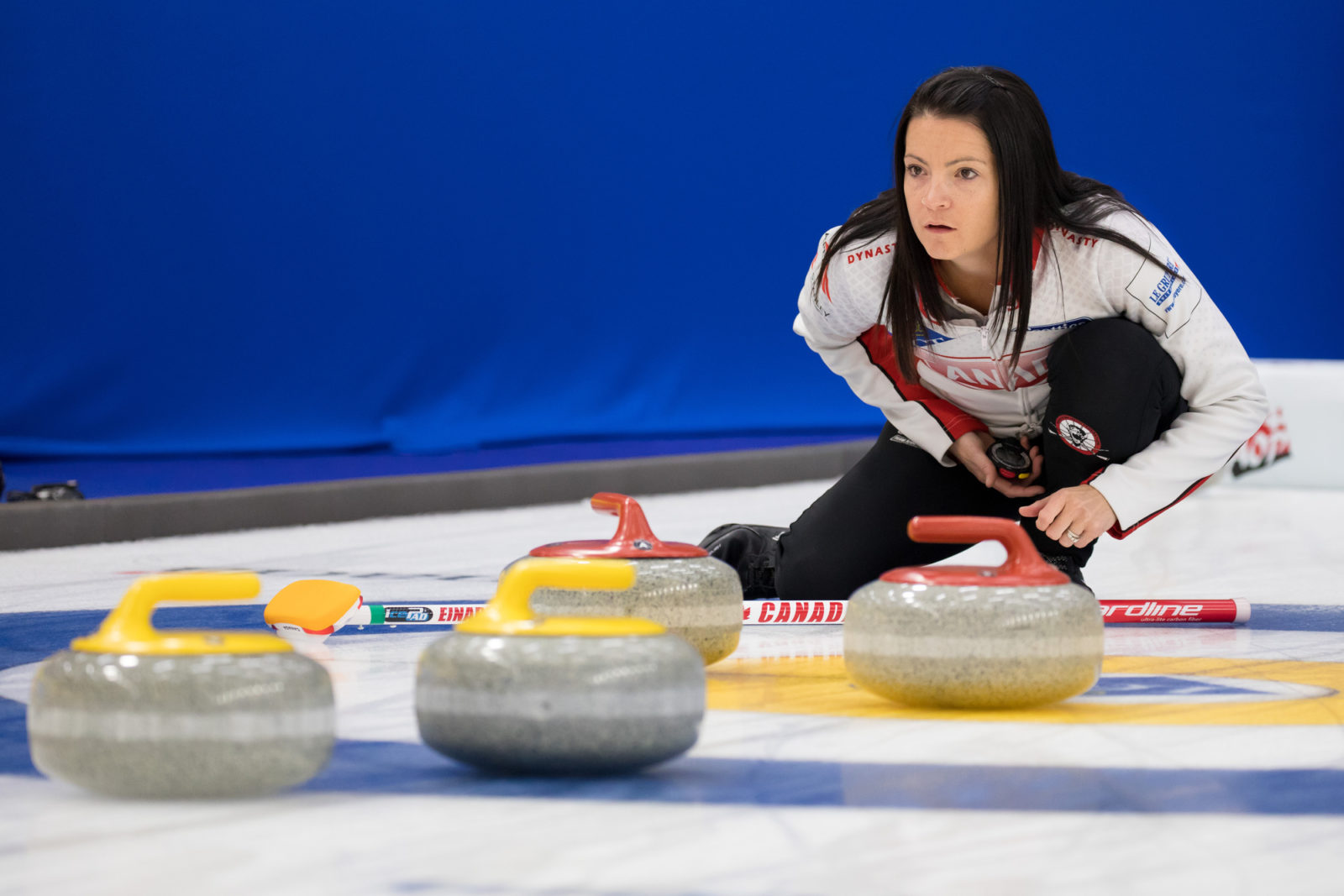 Canada have rebounded from their difficult start to the LGT World Women’s Curling Championship with three wins in a row, with the latest coming in an extra-end victory over Scotland in Tuesday’s evening session.

Scotland opened the scoring with two points in the first end, then extended their lead with a tough runback for a single point in the third end.

Canada blanked the next two ends to trail Scotland 1-3 at the break.

The game changed in the eighth end, when Scotland’s Eve Muirhead faced four Canada shot stones as she went to throw her last. Muirhead could only clear one with her take-out attempt, giving up a steal of three points, and giving Canada a 5-3 lead.

In that extra end, Einarson played a precise take-out with her final stone to score the one point they needed for the win.

“Still kicking! And we desperately needed it,” said Einarson after the game. “We came out and we played, even the first few ends, like we had them. And they made some really great shots and kept the pressure on us. We turned the table in eight and made some really clutch shots and they got unfortunate on a couple of runbacks and we capitalised on those mistakes.”

Italy faced Estonia in the evening session and despite conceding a score of three points in the second end, controlled the rest of the game.

“Our game was tight at the beginning, they scored three but we kept working. The strategy was just to play our game. We’re happy because we kept the momentum up,” said Italian skip Stefania Constantini. “We are really happy; we are proud of ourselves. Our first goal as a new team was to win one game. So, the second win is something extra.”

Elsewhere in the session, United States picked up their second win of the day when they defeated China 6-3. United States opened the scoring with two points in the first end and never lost the lead from that point on.