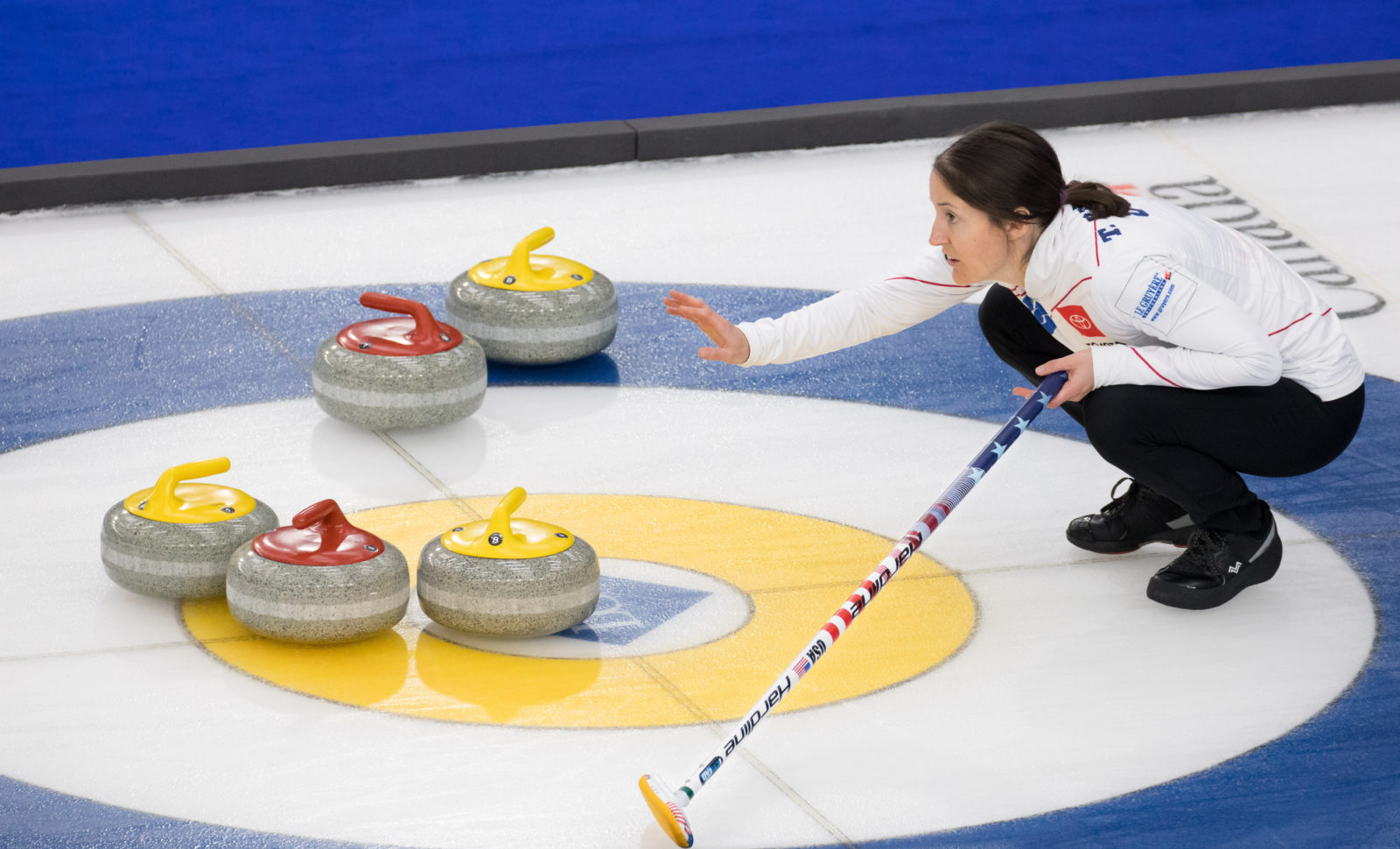 In Tuesday afternoon’s session of round-robin play, United States went all the way to an extra-end before picking up their fifth win of the week, defeating Japan, 8-7.

After blanking the first end, United States were forced to play a hit-and-stay to score a single point. Then in the third end, Japan played an open draw for two points and the lead.

Two points in the sixth end, followed by a two-point steal in the seventh end game United States a 6-3 lead and control of the game.

However, after trading single point scores, Japan played a hit-and-stay for three points in the tenth end to take the game to an extra end.

In that extra end, United States skip, Tabitha Peterson, played a perfect draw to the button for the single point and the win that moves them into fifth place in the rankings.

Peterson said afterwards when evaluating their performance, “The second half of the game we definitely gained control, but a line call miss on my first in ten gave them an opportunity to get three, then me rolling out on my second one also. Just some misses that, who knows if it was pressure, but things we can avoid.”

Scotland were taken to the final stone of the tenth end to record their fifth win of the competition when they defeated Czech Republic, by 6-5.

Scotland had control over most of the game, stealing single points in the fifth and sixth ends, to take a 4-1 lead. Then in the ninth end, Czech Republic scored three points to level the game at 5-5 when skip, Anna Kubeskova was left with an open hit with her last stone.

In the tenth end, with last stone advantage, Scotland skip, Eve Muirhead played a precise draw through a narrow port, into the four-foot ring for a score of one point, and the win. This moves Scotland onto a record of five wins and two losses, and into fourth place in the rankings.

Also in this session, Denmark defeated Germany, 7-6. In the final end of the game, with Germany trailing 5-6, skip, Daniela Jentsch attempted a difficult cross-house double take-out for three points to win the game.

Unluckily for Jentsch the shooter, rolled slightly too deep, missing the second Danish stone by millimetres and out of the house, giving Germany the score of one point, which wasn’t enough to level the game.

This win moved Denmark into seventh place in the table, one spot below the play-off and Olympic Qualification place.

In the session’s final game, RCF continued their commanding unbeaten run at the top of the table with an 8-4 win over China.