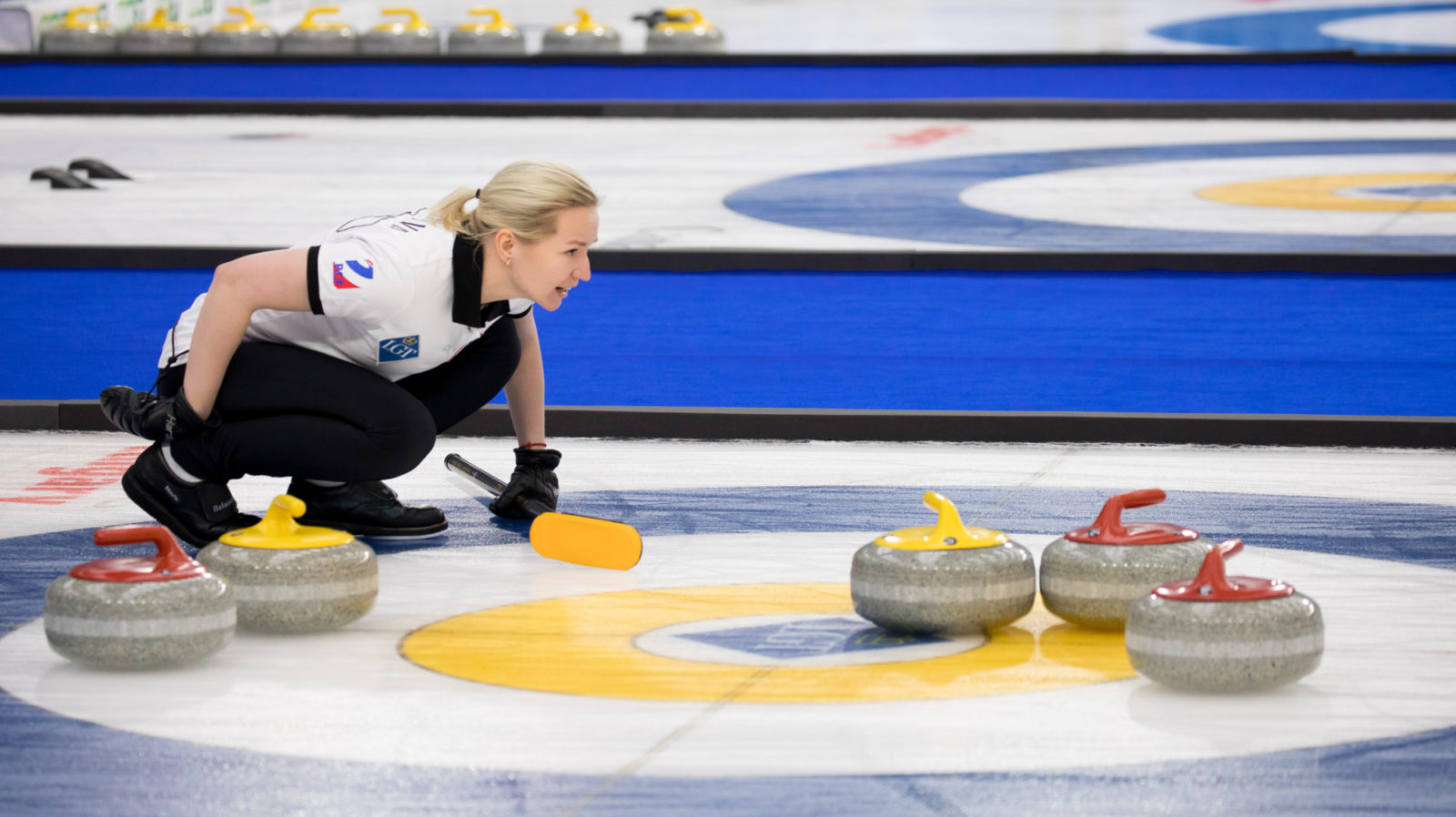 RCF skip Alina Kovaleva held her nerve to score a precise draw for two points with the last stone of the tenth end of the morning game to defeat Japan, 6-5, and remain the only undefeated team left in the LGT World Women’s Curling Championship 2021.

Japan opened the scoring in the first end, with a single point before RCF replied with a single point in the second end. A steal of one point by RCF in the third end gave them the early lead before Japan blanked the fourth end when they were unable to get the game’s first multiple point score.

The teams traded single-point scores for the next four ends, before Japan skip Sayaka Yoshimura was left with an open draw to the four-foot with her final stone for two points and the lead for the first time since the opening end.

Then in the final end, two perfect draws by RCF skip, Alina Kovaleva gave them the two points they needed for their seventh win of the week. RCF sit at the top of the rankings undefeated.

In a repeat of the 2019 final, Sweden faced Switzerland in the morning draw with Switzerland looking to remain undefeated alongside RCF. However, Sweden opened the scoring with a single point in the first end, then followed that with a steal of one point in the second for the early lead.

Sweden then played a hit to score two points in the fifth end for a 4-1 lead at the break. Switzerland responded with two points of their own in the sixth end to reduce the deficit.

Then in the eighth end, Sweden played a hit on the lone Swiss stone in the house for a score of four points and the 8-3 victory, that gives both teams a record of six wins and one loss.

Canada put together their third win when they defeated Italy, by 10-4. Canada got on the scoreboard in the second end when skip Kerri Einarson played a draw with her final stone to the back of the house for a score of three points. Then followed that up with a single point steal in the third end.

Canada scored two points in the seventh end to extend their lead, then in the ninth end, Italy flashed a take-out attempt to give up a steal of three points and give Canada their third win of the week, by 10-4.

“We’re definitely not giving up. We’re just coming out there and being us and enjoying that moment. It’s a very special moment so we’ve got to embrace it and just be us,” said Canada skip Kerri Einarson. “We’ve definitely been in that situation where our backs are against the wall in other events, so we know that pressure and we know what it takes to win.”

In the session’s final game, Korea defeated Estonia, 8-6, helped by a score of three points in the third end, and two-point scores in the fifth and seventh ends.