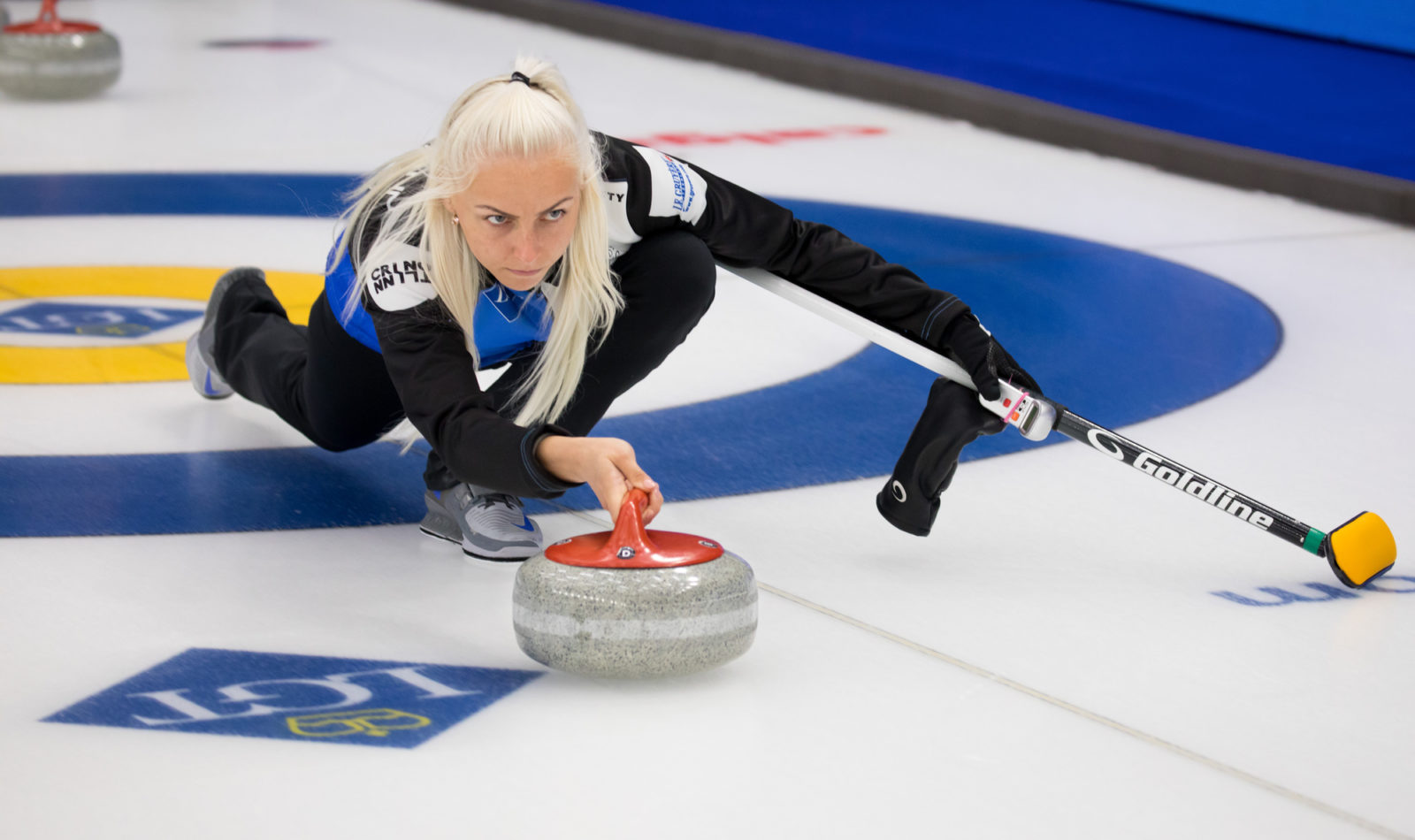 Team Estonia, skipped by Marie Turmann won their first ever game at a world Women’s Championship in Monday (3 May) evening’s round-robin session at the WinSport Arena at Canada’s Olympic Park in Calgary.

In an entertaining and close game, Estonia defeated Germany, 11-9 in the competitions first extra-end.

The teams traded two-point scores for the first four ends, before Germany blanked the fifth end to go into the break level at 4-4. In the sixth end, Estonia stole two points when Germany skip, Daniela Jentsch, was just off the mark with a difficult runback attempt.

Germany took a 9-7 lead into the tenth end after a score of three points in the ninth end when Jentsch played the draw to the back of the four-foot with her final stone.

Estonia levelled the score in the tenth end with a hit for two points to take the game to the first extra end of the championship.

In that extra end, Estonia were sitting three shot stones, when Jentsch attempted a hit-and-stay with the final stone of the game. However, she was just wide and rolled the shooter out of the house to give up a steal of two points and give Estonia their first ever win at a World Women’s Championship, by 11-9.

“We have been waiting for this one for quite a long time,” said Estonia skip, Marie Turmann. “We have had quite tight games and we really wanted to get the first one out of the way. It feels great to have the first win on the board. Now we’re not going home with a zero.”

Denmark faced United States in the evening session and were taken all the way to the final stone of the tenth end and required a measure to determine the winner.

After United States blanked the opening end, the teams traded scores over the next four ends to go into the break level at 3-3.

Then after nine ends, the teams remained level at 6-6, when United States skip Tabitha Peterson was left with a difficult raise attempt to score the single point needed for the win while facing two Danish shot stones.

Peterson made the raise attempt, but left both teams sitting a stone on the edge of the four-foot. It took an umpire’s measure to determine that Denmark still had shot stone to steal the single point and Denmark’s second win of the championship.

“I was starting to think before today, that people would think we didn’t want to play ten ends because we’ve either won or quite really early,” said a delighted Denmark skip, Madeleine Dupont after their win. “But today was two ten end games and it was just down to the last rock. I can tell it’s been a year or more since my nerves were as wrecked as they are right now. It’s just so exciting, like either way it’s just exciting.”

Switzerland defeated China in the evening session by a score of 9-4 in just eight ends. A score of three points in the fifth end gave Switzerland a 6-2 lead going into the break. A further score of two points in the seventh end, then a steal of one point in the eighth end was enough for their sixth win of the week.

This win sees Switzerland join RCF at the top of the table undefeated.

Sweden opened their game against Czech Republic with a blanked end as they looked for a big score, and they didn’t have to wait long. In the second end, an open draw to the four-foot gave Sweden a score of three points.