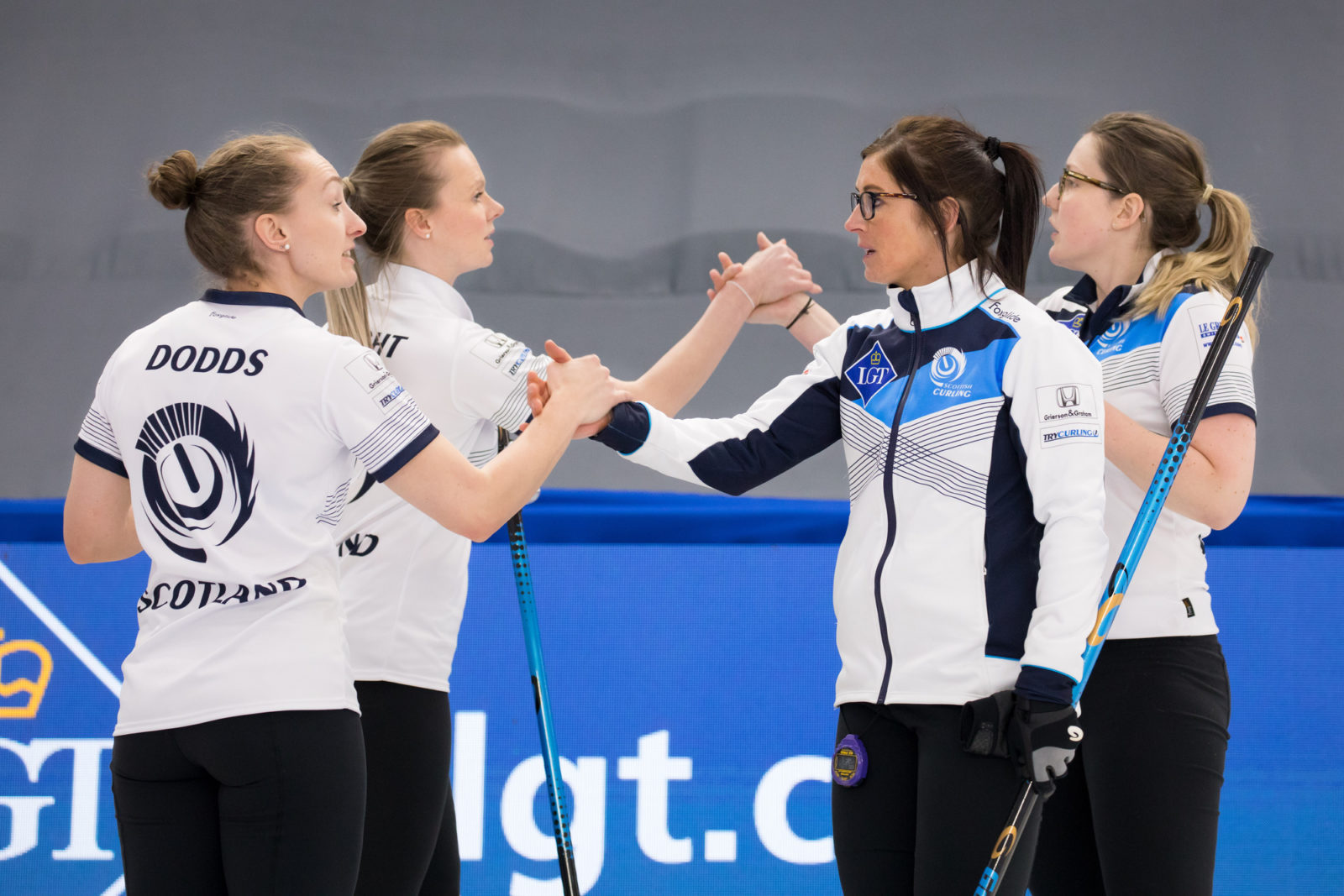 Important wins for Scotland, Canada and China as RCF hold onto top spot

It was a strong return to form for Scotland on Monday afternoon’s 11th session of round-robin play in the WinSport Arena at Canada’s Olympic Park in Calgary when they defeated Italy, by 9-6.

The first half was the definition of a well-managed game, with Scotland scoring two points with the last stone advantage and only giving up single point scores without.

Scotland’s first score of two points came in the opening end when skip Eve Muirhead, was left with an open draw to the four-foot ring with her last stone. The first half ended in a similar fashion, with Muirhead once again drawing to the four-foot for a score of two to take a 6-2 lead into the break.

Italy bounced back with an open draw of their own for two points and their first multiple point score of the game. Then in the seventh end, Muirhead played an open hit-and-stay for another two points and an 8-4 lead.

A hit-and-roll by Italy skip, Stefania Constantini, with her last stone in the eighth end for two more points reduced the deficit. Italy applied the pressure in the ninth end and were left sitting with three stones in the four-foot surrounding Scotland’s shot stone when Muirhead settled into the hack to play her last stone.

With that last stone in the ninth end, Muirhead attempted a difficult hit-and-roll on a wide stone to score two points, but rolled a little deep, scoring their first single point of the game before running Italy out of stones in the tenth end for the 9-6 win.

“It was a good game, it was very much a textbook score line by us in the first half of the game, scoring our twos with hammer and forcing ones,” said Scotland Skip Eve Muirhead when discussing their performance. “They did crawl back scoring their twos, but we managed to keep control of the game and see it out there in the last end.”

In a very tight game, RCF defeated Denmark, 7-5, to stay at the top of the rankings undefeated.

The teams traded scores for the first half, to go into the break at 4-4, with RCF being forced to take two single points in the third and fifth ends. The second half saw two blank ends while the teams traded single point scores in ends seven and eight.

The teams were tied after nine ends at 5-5, when RCF skip, Alina Kovaleva played an open hit-and-stay with the final stone of the game to score two points and secure their sixth win of the championship.

“We knew that it would be a close one. The girls played really well,” said RCF second player Galina Arsenkina. “We just knew that we needed to keep focussed until the last stone. It was well done of us that we didn’t lose focus or the energy and we could keep it going to the end.”

Canada picked up their first win since session three when they defeated Korea, by 8-4. This was a tale of two halves, with Korea taking a lead of 4-3 into the fifth end break.

This puts Canada on a record of two wins and five losses.

China picked up their fourth win of the week to remain in the chasing pack at the top of the table. China opened the scoring with a steal of two points in the second end after Czech Republic had blanked the first end. Czech Republic blanked the next two ends looking for a multiple point score but instead gave up a single point steal in the fifth end to give China a 3-0 lead at the break.